Carroll has described the conversations with her friends, but their names were not revealed until now 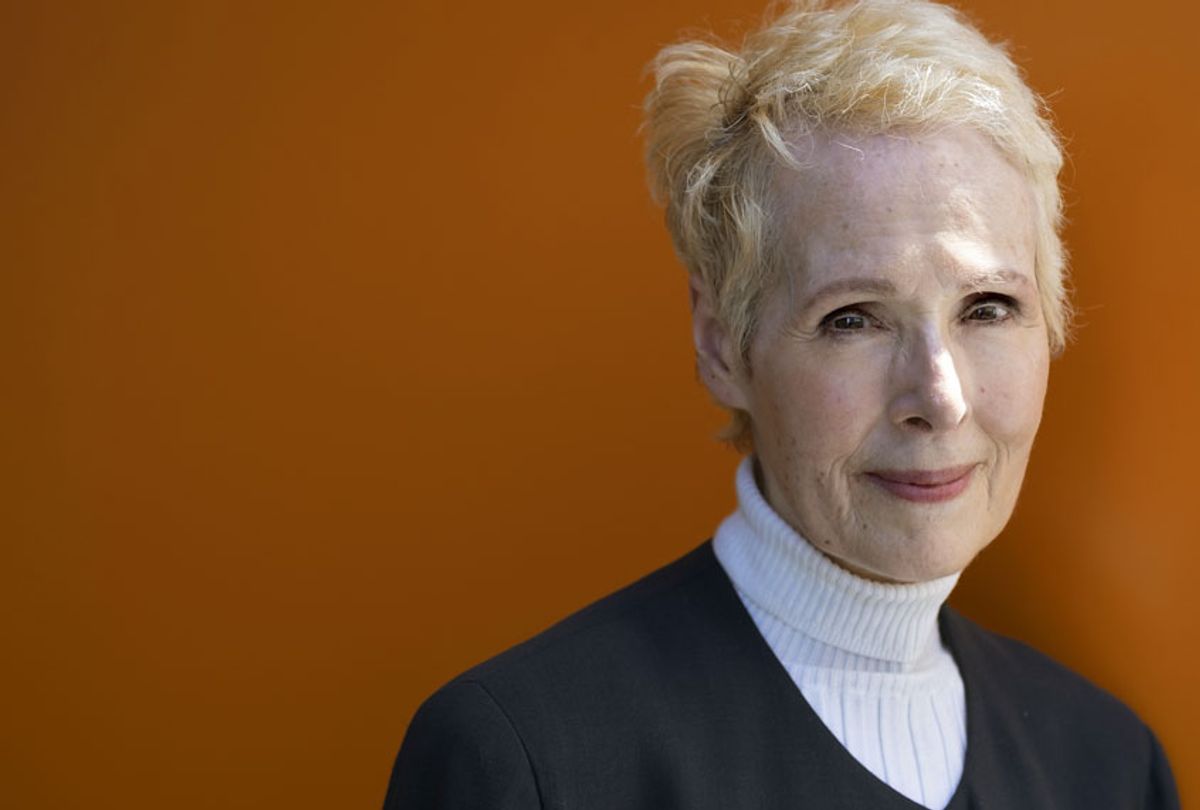 Two women claim in a new interview that writer and author E. Jean Carroll told them she was raped by President Donald Trump in a New York City department store in the mid-1990s.

The women, Carol Martin and Lisa Birnbach, discussed their recollections of the conversations they had with Carroll about the alleged assault, as well as the conflicting advice they gave their friend at the time, in interviews with the New York Times. Carroll has described the conversations with her friends, but their names were not revealed until now.

Carroll has claimed that a seemingly friendly encounter with Trump at Bergdorf Goodman in 1995 or 1996 turned violent when the real estate mogul pinned her up against a dressing room wall, pulled down her tights, unzipped his pants and put his penis inside her before she was able to fight him off and run from the store. Trump has denied the allegation, saying that Carroll is "not his type."

Birnbach, a writer best known for "The Official Preppy Handbook," said Carroll called her minutes after leaving the department store and that she tried to convince Carroll to report her allegation to the police.

"It was horrible. We fought, and I said, 'Let's go to the police,'" Birnbach said, adding that Carroll refused.

"No, it's 15 minutes of my life. It's over. Don't ever tell anybody. I just had to tell you," Birnbach recalled Carroll telling her.

On the other hand, Martin, a former news anchor on WCBS-TV in New York, said she advised Carroll not to publicly discuss the alleged attack, because she believed Trump was too powerful and had several lawyers.

Carroll, thinking she was partially to blame for the alleged attack, remained silent about the incident for decades. She made clear during the interview with the Times that she does not describe what happened to her as rape.

"I have not been raped," she continued. "Something has not been done to me. I fought."

The prominent author, who for years worked as an advice columnist for Elle magazine, first came forward with the allegations in an article published last week in New York magazine, in which she detailed various instances of sexual assault or attempted assault throughout her life. Her account was included in an excerpt of her upcoming book, "What Do We need Men For?: A Modest Proposal."

Trump responded to the story by claiming he has "never met" Carroll, even though the excerpt in New York magazine was accompanied with a photograph that showed the two together at a party in 1987. He claimed Carroll was "trying to sell a new book — that should indicate her motivation. It should be sold in the 'fiction' section."

Earlier this week, Carroll pushed back against Trump's remarks, arguing that she is not trying to sell a book about the president. She pointed to the 15 other women who have accused the president of sexual misconduct during the presidential campaign, saying: "With all of the 15 or 16 women who have come forward it is the same. He denies it, he turns it around, he attacks and he threatens. Then everybody forgets it and then the next woman comes along — and I am sick of it."

Carroll said that, at 75 years old, she has come to believe that coming forward with her story would not have an impact.

"Think of how many women have come forward — nothing happens," she said. "The only thing we can do is sit with you and tell our stories so that we empower other women to come forward and tell their stories because we have to change this culture of sexual violence."

Carroll said the women who came forward with accusations of sexual assault against Trump were "doing the job."