In a op-ed in the Wall Street Journal, Sanders explains that Trump is a "socialist" of sorts, but not in a good way 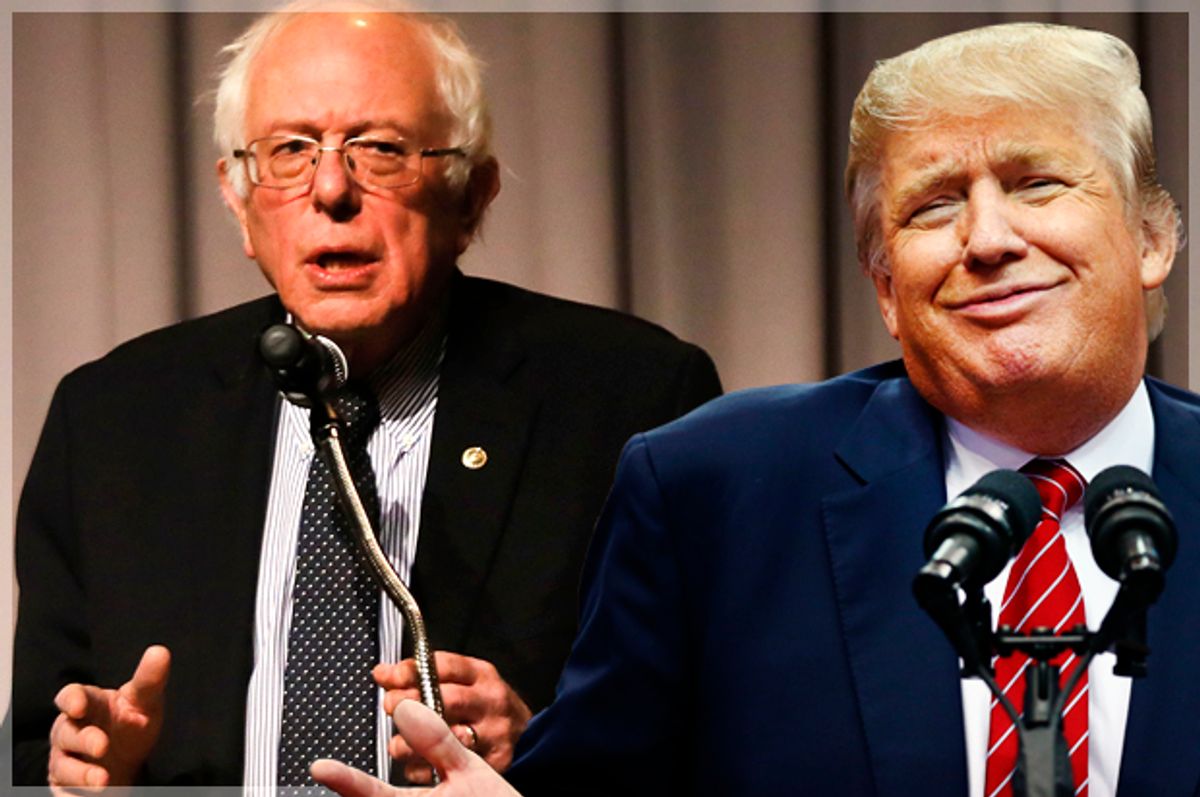 Sen. Bernie Sanders of Vermont, the self-described “democratic socialist” who has been in second place behind former Vice President Joe Biden in many recent polls on the 2020 Democratic presidential primary, often finds himself defending and explaining his use of the word “socialist.” President Donald Trump, meanwhile, has been using the word “socialist” in an effort to tar and feather Democratic candidates as anti-American — and the 77-year-old Sanders, attacking Trump in a riveting op-ed published by the Wall Street Journal on June 26, explains that Trump himself is a “socialist” of sorts, but not in a good way.

Trump, Sanders notes in his piece, has declared, “America will never be a socialist country.” But the president, Sanders stresses, does embrace a form of socialism: “corporate socialism,” which he says “uses government power and taxpayer resources to enrich Mr. Trump and his billionaire friends.”

Sanders goes on to say that the type of “corporate socialism” Trump embodies is alive and well on Wall Street — and working class Americans are the ones who suffer as a result.

“Consider the corporate socialism we’ve seen on Wall Street, where the high priests of unfettered capitalism reign,” Sanders writes. “As you will recall, Wall Street’s deification of ‘free markets’ went out the window in 2008 as they watched the financial crisis caused by their own greed and illegal behavior threaten the existence of some of the largest financial institutions in the country. Suddenly, Wall Street became strong supporters of big-government socialism.”

Sanders adds that when Wall Street and too-big-to-fail banks were being bailed out by taxpayers during the Great Recession, “working people all across the country lost their jobs, their homes and their life savings. The most vulnerable were hit the hardest, with the African-American community losing half its wealth.”

The Vermont senator emphasizes that under Trump’s “corporate socialism,” the winners have included huge pharmaceutical companies, billionaires and “a monopoly like Amazon” but not working-class Americans.

When Sanders calls himself a “democratic socialist,” context is crucial: truth be told, he is really a New Deal/Great Society liberal — not a follower of Marxist-Leninist or Maoist ideology, although far-right Republicans and Tea Party extremists will characterize him that way. Sanders believes in capitalism with a robust social safety net. And he concludes his WSJ op-ed by noting the difference between his “democratic socialism” and Trump’s “corporate socialism.”

“More Americans are noticing the contradiction between coddled socialism for the rich and the destruction of opportunity for everyone else,” Sanders declares. “I am confident that we will be able to build a grass-roots movement that will not only defeat Donald Trump in this election, but finally create a government that works for all people — not just the billionaire class.”