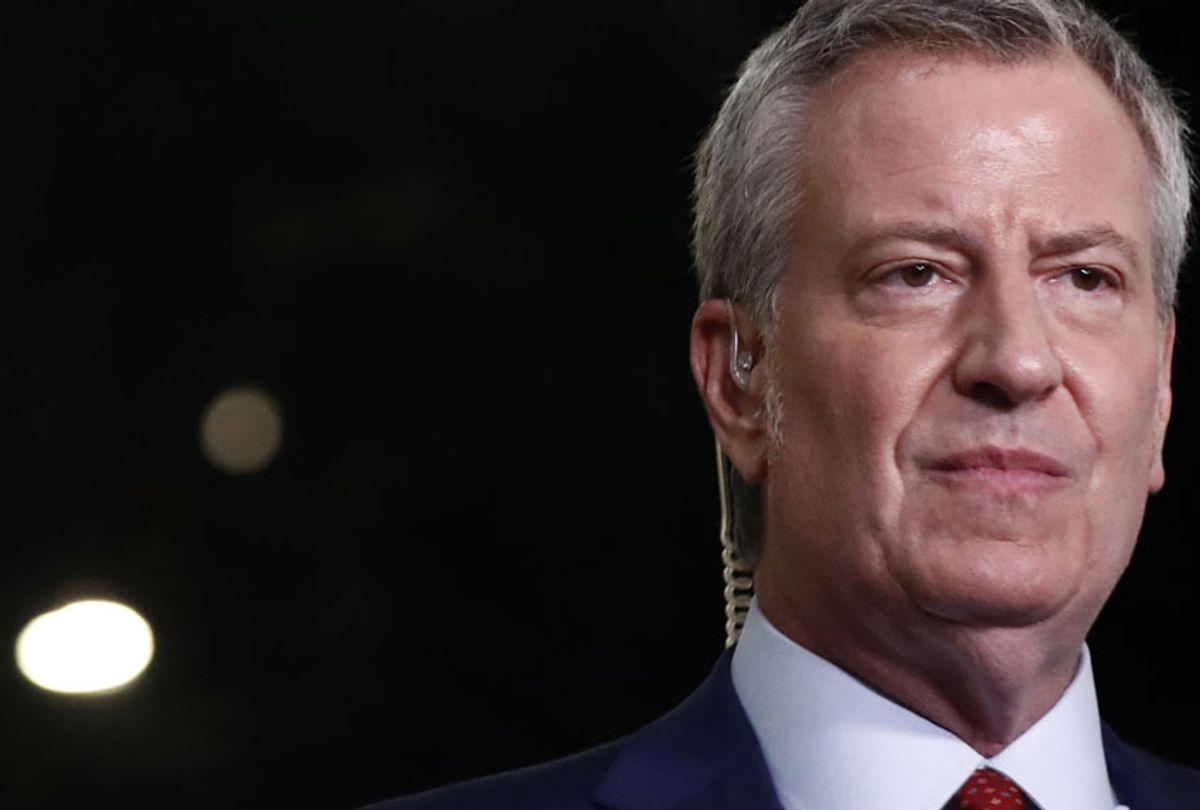 "I did not know the phrase I used in Miami today was associated with Che Guevara & I did not mean to offend anyone who heard it that way. I certainly apologize for not understanding that history, " de Blasio wrote on Twitter.

In a second tweet, de Blasio added: "I only meant it as a literal message to the striking airport workers that I believed they would be victorious in their strike."

De Blasio came under scrutiny by Democrats and Republicans alike, who criticized the mayor for shouting, "¡Hasta la victoria siempre!" in an appearance outside the Miami International Airport during a rally in support of union workers.

De Blasio claimed he thought the phrase would motivate the workers who were protesting poor pay conditions and unsafe conditions, along the lines of the slogan used by United Farm Workers, "¡Sí, se puede!" — Spanish for "Yes, we can!"

The phrase "¡Hasta la victoria siempre!" — which translates to "until victory, always!" — was made famous by Guevara, the military advisor to former President Fidel Castro who led the Cuban Revolution in the 1950s.

Blasio's remark sparked swift backlash from Florida Democrats, who expressed concern that the mayor, after a standout performance on Wednesday at the first Democratic presidential debate in Miami, had fueled accusations from Republicans that that the Democratic Party was adopting socialism.

"This is completely unacceptable! How can anyone wanting to be the leader of the free world quote a murderous guerrilla — in Miami, no less!" Taddeo, who attended the rally, wrote on Twitter. She concluded her post with the hashtag #DeleteYourCampaign.

"Quoting a murderer responsible for death & oppression in communist Cuba and throughout Latin America is not acceptable. Please apologize. Many on strike are Cuban btw," Rodriguez added.

The mounting criticism of de Blasio highlighted the huge political stakes in the nation's swing-iest swing state, where presidential races have been famously decided by razor-thin margins. Former President George W. Bush won the state in 2000 by a margin of only 537 votes, while former President Barack Obama won with a slight advantage in 2008 and 2012. Meanwhile, President Donald Trump captured the Sunshine State in 2016 with approximately 112,000 votes — a mere 1.2 percent margin over his Democratic rival,  Hillary Clinton.

Trump kicked off his 2020 presidential presidential campaign with a rally in Florida earlier this month, and he has been focused on efforts to win over Florida Hispanics and Latinos — some of whom have deep roots in nations characterized by violence and economic turmoil, such as Cuba, Colombia, Nicaragua and Venezuela.

"Bill De Blasio went to a rally at the #Miami airport today & ended his speech by quoting from the murderous Che Guevara's farewell letter to Fidel Castro," Rubio wrote on Twitter. "But how dare anyone call him or any democrat candidate a socialist."

Donald Trump Jr., the president's eldest son, also roasted de Blasio, claiming that the mayor's quote was "no better way to prove" that the Democrats are a "bunch of communists."