Trump and Hannity review the Democratic debates: "The radical socialists on stage did not deliver" 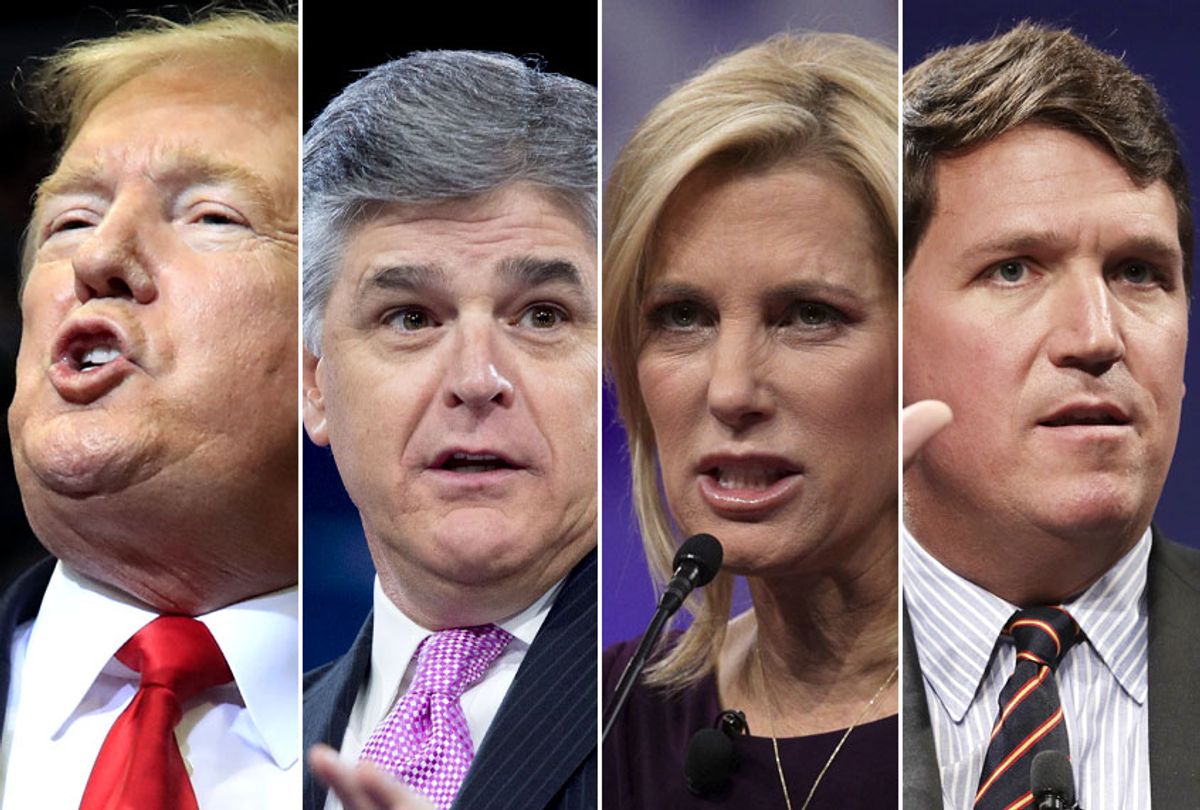 President Donald Trump on Thursday slammed the Democrats participating in the second Democratic presidential primary debates during a meeting of global leaders taking place in Japan.

Trump criticized the ten candidates on stage for pledging that their health care proposals would provide coverage for immigrants living in the country illegally, claiming their performances had secured his re-election.

"All Democrats just raised their hands for giving millions of illegal aliens unlimited health care. How about taking care of American Citizens first!?" Trump posted on Twitter. "That’s the end of that race!"

Republicans, including Ronna McDaniel, the chairwoman of the Republican National Committee, also criticized the Democratic presidential hopefuls over their vow to provide healthcare to undocumented immigrants.

"It was frightening to see how far left the Democratic Party has gone — to have every single candidate on that stage raise their hand and say they would give full, free healthcare to illegal immigrants when we have millions and millions of Americans who can't afford their deductibles under Obamacare," McDaniel said Thursday night in an interview with Fox News.

In an echo of McDaniel's comments, Sen. Ted Cruz, R-Texas, said it was "scary" to watch how far to the left the candidates were trying to position themselves in an attempt to win over voters.

"Look, the debate last night — the clown car is broken. There's no break, and it only steers left," Cruz said Thursday night during an interview with primetime host Sean Hannity. "I got to say, it was scary last night. It was scary to see the Democrats — everyone of them — falling all over each other to go further and further left."

Earlier on the program, Hannity, who acts as an informal adviser to the president and often uses his widely watched primetime program to go to bat for Trump, declared the president to be the "clear winner from this week's Democratic debates."

"The radical socialists on stage did not deliver — virtually no one was impressed with anyone," said Hannity, who previously said he will stump for Trump during the presidential campaign.

Hannity ranted about the Democrats "ill-informed platforms" and "far-left fantasies," as he claimed "the real embarrassment" was that NBC asked MSNBC host Rachel Maddow to moderate the debate. The primetime host called Maddow the "single-biggest conspiracy theorist in the country."

Elsewhere on Fox News, primetime hosts Tucker Carlson and Laura Ingraham predictably devoted much of their programs Thursday night to boost the president.

Ingraham, meanwhile, criticized the Democratic candidates for taking up what she called a "slash and burn strategy toward every American tradition and common sense understanding of economics and governance." She also accused the Democrats of "looney-ness."