While Democrats squabble, Trump keeps on insulting and horrifying the world 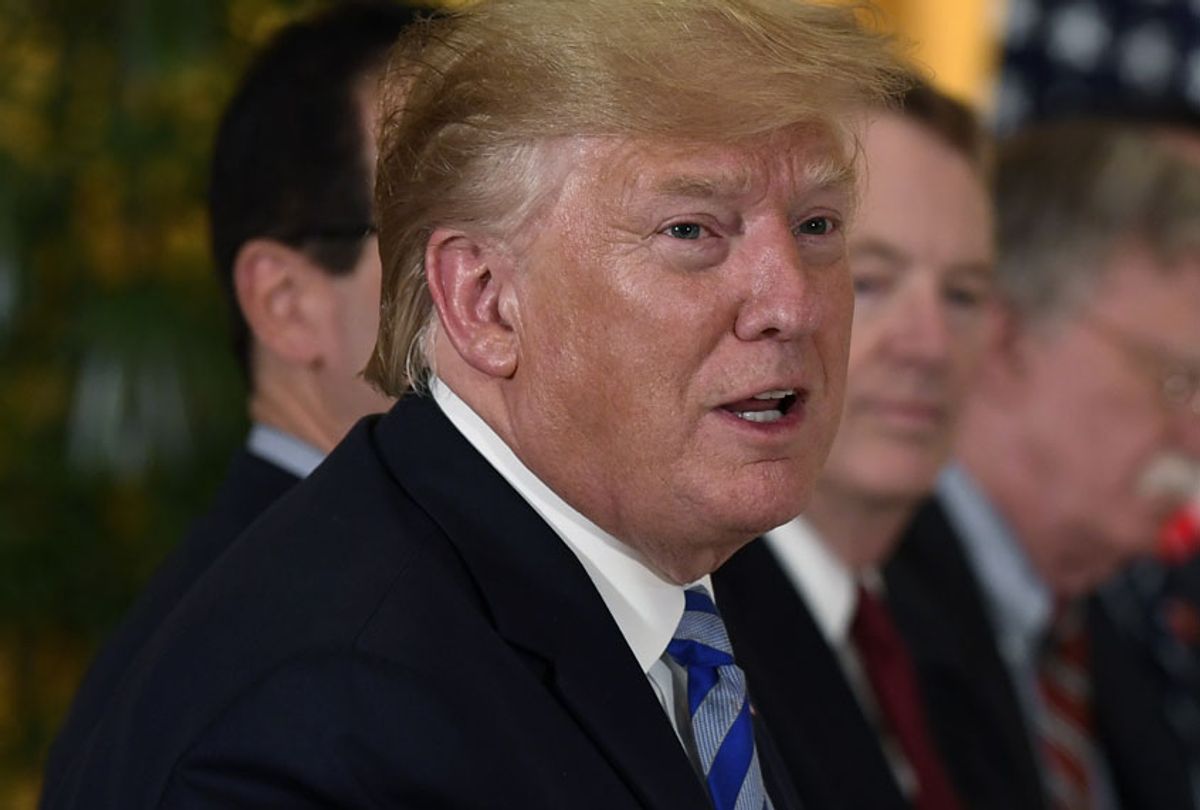 The two Democratic presidential debates this week were typical of early primary-season events in that they mostly dealt with domestic issues. Unless the country is currently in a war or involved in some other major global crisis, candidates always focus on bread-and-butter issues in the first debates and town hall meetings. Foreign policy and national security will inevitably come up at later events, but never get the attention they should. Voters generally don't follow the issues closely and aren't all that interested.

There was one question about Iran in the first debate that resulted in a dust-up between Rep. Tulsi Gabbard of Hawaii and Rep. Tim Ryan of Ohio. There was another about what each candidate considers the greatest geopolitical threat, to which the answers were: China, nuclear war, climate change, the situation in Iran, Russia, North Korea and Donald Trump. For the first time in almost two decades nobody mentioned terrorism, which is a small sign of some sort of progress (although it would only take one attack for that to be back on the front burner.)

That's quite a list, and the fact that there was no consensus illustrates the fact that the global order is unstable with a number of  low-grade fires that could explode in various places around the world.

On Thursday night the second group was asked another foreign policy question (to which they were supposed to give one-word answers). This one was about which relationship they would "reset" as president after Donald Trump. The answers were similar: China, North Korea, Iran, other European and Latin American allies and NATO. This second long list shows that the global problems facing a new president include dealing with all the important alliances Trump has trashed as well.

The point is that the geopolitical challenges left by Donald Trump are going to be overwhelming. As these candidates were all debating each other in Miami, the president was overseas at the G20 meeting in Japan, making things worse. Here's how the New York Times described it on Thursday:

President Trump plunged back into the world of international diplomacy on Friday with characteristic provocation, keeping some of America’s closest allies, including his hosts, off balance even as he sought advantage on an array of economic and security disputes with profound consequences.

Mr. Trump opened a series of high-stakes meetings with world leaders gathered in Osaka, Japan, for an international summit meeting after calling into question the very foundation of the relationship between the United States and two of its most important friends, Japan and Germany, and lashing out at a third partner, India.

The Japanese leaders hosting the meetings were still reeling Friday morning at the president’s attack on the mutual defense treaty that has been the bedrock between Washington and Tokyo for nearly seven decades. Before arriving in Osaka, Mr. Trump complained that under the treaty, Japan would not come to the aid of the United States if it were attacked and instead would “watch it on a Sony television.”

If he even knows about the treaty signed between Japan and the U.S. after World War II which only allowed Japan to use its military in self-defense, he clearly wants to tear it up. According to the Times, Trump's various insults and complaints came in advance of his scheduled meetings on the first day with the leaders of Japan, Germany, India and Russia. As usual, he didn't have any harsh words for the latter.

And he brought along his most important advisers:

It was surprising to see Jared Kushner there, since he was just in Bahrain putting on a road show for his"hot IPO" Israeli-Palestinian peace plan. It was a bit of a dud, I'm afraid:

For all the self-congratulation by Mr. Kushner, Mr. Mnuchin and their guests, the Palestinian Authority government, which deeply mistrusts the Trump administration, boycotted the event. Most Palestinian business leaders shunned it. Hamas, the militant organization that controls Gaza, was not even invited.

The centerpiece of the conference was a $50 billion economic investment plan for the Palestinian territories to, as Mr. Kushner put it, show Palestinians “what the future can look like” under a Trump administration peace plan. But the economic plan itself was conspicuous in its omission of any mention of Israel’s military occupation of the West Bank and its blockade of the Gaza Strip.

The Palestinians weren't impressed.  Neither were the Egyptians, who would have received several billion in "investment" as well. As the liberal Israeli newspaper Haaretz reported:

Nathan Brown, a political science professor at George Washington University, said Egypt was unlikely to agree to a proposal that could link it more closely to Gaza's fate. "While economic development funds for Sinai are attractive, the purpose of the plan seems to be to tie Gaza and Sinai closer together in a way that Egypt has resisted for political and security reasons."

According to the Times, "much of the conference seemed only loosely connected to the region, or to anything at all." Everyone knew that this "hot IPO" was a joke absent any political agreements among the parties. Kushner said, “We’re going to put out our political plan at the right time and we’ll see what happens," and then jetted off to Japan to help his wife and father-in-law make a mess of things in Asia.

All of this is especially interesting in light of the release of transcripts of former Secretary of State Rex Tillerson's testimony before the House Foreign Affairs Committee last month. Recalling that Kushner had absolutely zero experience in foreign affairs, Tillerson said that Kushner nonetheless operated as a shadow secretary of state, globetrotting wherever he desired, making policy without telling anyone and essentially operating a rogue foreign policy shop. He was particularly involved with arms sales to Saudi Arabia, a blockade of Qatar and a lot of off-the-books communications with Saudi Crown Prince Mohammed bin Salman.

Just as a reminder that throughout this period, Kushner could not qualify for a top security clearance, for reasons we are still not clear about. Even today, he's only got one because the president ordered it over the objections of the intelligence agencies.

The debate moderators didn't ask any of the Democratic candidates about the Mueller Report or Russian interference in the last election and the next one. But a reporter did ask Trump about it in Japan when he was sitting with Vladimir Putin:

It's all a big joke to them.

Let's hope the press remembers to ask the Democratic candidates about it the next time around, and that the candidates take it seriously. Trump's foreign policy is a chaotic mess and it's getting worse every day. One of the most important priorities for the next president, whoever that is, will be trying to regain some credibility and set a new course.