One of TV's best teen detectives is all grown up and back on the case, plus the rest of July's can't-miss shows 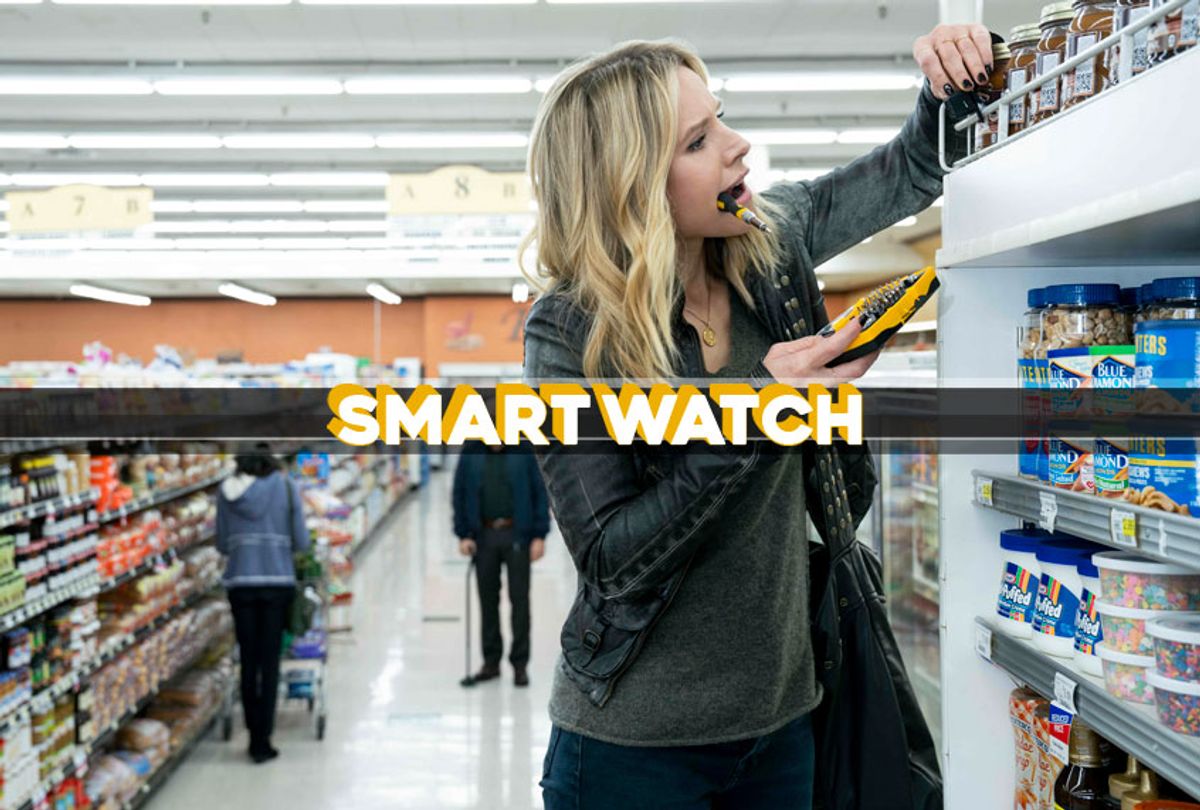 Outside, schmoutside — it’s too damn hot in July to not settle in for some TV viewing. Lucky for all of us lazykins, the July television landscape is jam-packed with options for ever changing moods and minds.

A number of favorites return this month, including “Stranger Things,” which drops its third season on Thursday July 4, and its Netflix sibling “Orange Is the New Black,” rolling out its seventh and final season on Friday, July 26.

“Orange” isn’t the only long-running series coming to an end this month. The coming weeks bring us the beginning of the end for USA’s “Suits” (premieres Wednesday, July 17 at  9 p.m.) and Syfy’s adventure “Killjoys” (Friday, July 19 at 10 p.m.). You’ll also want to mark your calendars to bid farewell to The CW’s “Jane the Virgin,” airing its very last episode on Wednesday, July 13 at 9 p.m.

With any luck, though, you won’t be missing “Jane” too much, since Hulu is resurrecting her CW older sister “Veronica Mars” this month, with the first three seasons being made available on Hulu starting on Monday, and new episodes rolling out on the streaming service beginning on July 26.

We’ll be giving that and most of the other six titles on this list a closer look at the month rolls on. Until then, take a look at these upcoming debut options and be sure to update those watchlists.

Season 3 of FX’s underrated period drama about the rise of crack cocaine provides a tremendous showcase for series star Damson Idris, who recently showed up in the acclaimed “Replay” episode of the new “Twilight Zone.” As young kingpin Franklin Saint, Idris strikes a balance between a vulnerable young man and a calculating and highly strategic gangster, a fascinating and chilling combination.

In picking up in the summer of 1984, the action is also shortening the connection between a localized version of history and the drug fueled war against communism whose impact is still being felt today. “Snowfall” is fiction based on real events, but through its story we can see the seeds of unrest the government sowed that created massive instability in Central America. And we’re reaping that harvest now, in the form of the influx of migrants seeking asylum in the U.S.

As we said, “Suits” is ending. But its creators already set up a spinoff for Gina Torres’ fabulous but disbarred attorney Jessica Pearson, setting up shop in Chicago to get her hands dirty as the fixer for Mayor Bobby Novak (Morgan Spector).

Torres’ Jessica has long been one of the best elements of “Suits,” and to be honest, the drama never quite recovered after it lost her — or, for that matter Meghan Markle. But while the Duchess is done with TV, it’s wonderful to see Torres expand her morally conflicted character into the world of politics. Not to mention that with a certain real life prosecutor’s profile rising on the national political stage, it may be interesting to watch for coincidental parallels in Jessica’s new chapters.

While looking over my shoulder at a commercial for this upcoming series my husband couldn’t help but blurt out, “Well, that looks like a terrible idea.” This is an understandable kneejerk reaction from a medical professional, a guy who regularly has to calm his clients after they’ve entered symptoms into Google only to have the diagnosis come back as cancer.

The concept is that each week in a live two-hour broadcast hosted by Ann Curry, patients who are suffering from undiagnosed, misdiagnosed or uncured medical mysteries can share stories about their lives and the ailments, and via a multi-platform experience will gain access to highly accredited doctors and journalists who can share their own recommendations and experience.

But this series also invites the public to get in on what’s happening, to become so-called “medical detectives.” In other words, the premise does like it could go very wrong and get very messy. However, the producers emphasize that the goal with this show is to crowd-source credible data and gather facts to empower patients around the world, with the goal of dissolving barriers to treatment and alleviating suffering. Executed correctly, this could be powerful programming. We’ll just have to see.

After catching up on all the classic episodes of the series — and the crowd-funded movie, also available on Hulu — eight new hours are set to drop in a single batch, bringing all of you marshmallows back to Neptune to watch Kristen Bell’s Veronica and Mars Investigations dig into a string of murders and a series of bombings during Spring Break.

And that’s all we can tell you about the new episodes which, at this point, remain shrouded in mystery. The good news is that key members of the original cast are back, including Jason Dohring, Francis Capra, Max Greenfield, Percy Daggs II and Enrico Colantoni, reprising his role as the favorite TV dad of the Aughts, Keith Mars.

Here’s a series built for the post-“Avengers: Endgame” world — a world in which entertainment consumers might be asking themselves if we’ve had enough of superhero stories. Conventional ones, perhaps. But this series is based on comics from Garth Ennis (“Preacher”) and illustrator Darick Robertson (“Transmetropolitan”), whose tendency is to turn mythological tropes on their heads in daring and delightfully perverse ways.

In this universe, superheroes are worshipped like deities and go by Homelander and Starlight, names that could easily be used for missile systems. Instead of protecting and serving, they use their powers to subjugate and abuse non-powered people. In response, a vigilante team forms to take them down, led by Billy Butcher, played by Karl Urban. The previews look hyperviolent but also very, very fun, and it makes me curious to see how this approach contrasts with . . .

One of the great underexplored elements in the “Batman” popular legacy is the story of Alfred Pennyworth, whose past as a British special agent is frequently referred to but not deeply explored. This new 10-hour series promises to fill in some of those blanks, taking us back in time to London in the swinging ‘60s, where twentysomething former British SAS soldier Alfred Pennyworth (Jack Bannon) forms a security company and goes to work with young billionaire Thomas Wayne (Ben Aldridge).

As an aside, DC’s theatrical efforts to compete with Marvel have been mixed at best, although overall it pulled off the recently-ended “Gotham” quite well. That series’ producer Bruno Heller is the executive producer on “Pennyworth,” so one expects the tone will be familiar to the Fox drama’s fans.

Some of IFC’s finest series work well because they are specifically weird takes on familiar slices of American culture. “Sherman’s Showcase,” created, written and executive produced by Bashir Salahuddin and Diallo Riddle, positions itself as a leap through American music and variety television, parodying series such as “In Living Color,” “Soul Train,” “The Midnight Special” and “American Bandstand” through one show that somehow has lasted for 40 years, and is hosted by Sherman McDaniel (Salahuddin).