Despite Biden's evasions, he called busing "racist" and "asinine," and once suggested a constitutional ban 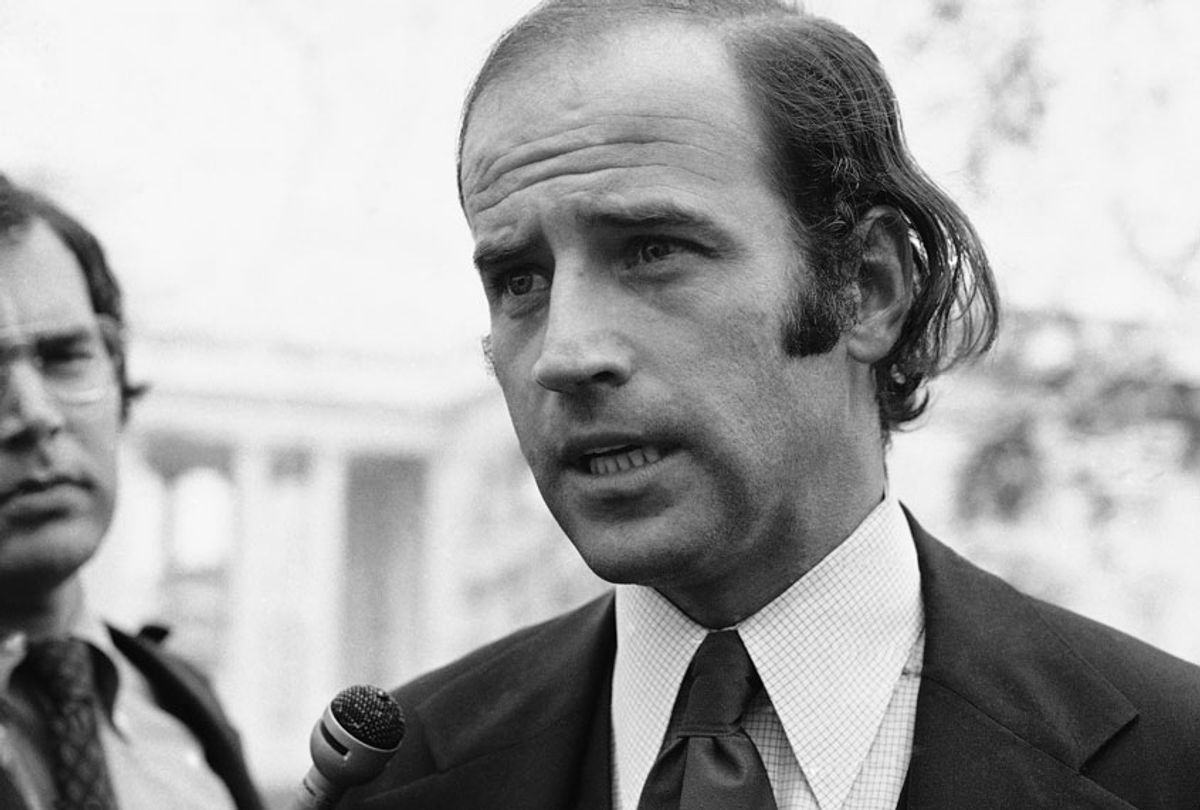 At Thursday night’s Democratic presidential debate in Miami, former Vice President Joe Biden claimed that he had only been opposed to federally mandated busing when challenged on the issue by Sen. Kamala Harris, who herself was bused as a child. But Biden's past comments make clear that he was strongly opposed to the entire concept of busing throughout the 1970s.

Harris called out Biden on his record opposing busing, which was used to desegregate many public school districts, after chiding him for his comments about working with segregationist senators as a young lawmaker.

"It was hurtful to hear you talk about the reputations of two United States senators who built their reputations and career on the segregation of race in this country," Harris said. "And it was not only that — you also worked with them to oppose busing."

“There was a little girl in California who was part of the second class to integrate her public schools and she was bused to school every day," the senator said. "That little girl was me. So, I will tell you that on this subject, it cannot be an intellectual debate among Democrats. We have to take it seriously. We have to act swiftly."

Biden claimed that Harris’ comments were "a mischaracterization of my position across the board."

"I did not oppose busing in America, what I opposed is busing ordered by the Department of Education," he insisted.

But Biden’s comments in the 1970s suggest that he was opposed to busing as a principle, and in fact there was no Department of Education until 1979.

“I oppose busing. It’s an asinine concept, the utility of which has never been proven to me,” Biden said in a 1975 interview, according to the Washington Post. “I’ve gotten to the point where I think our only recourse to eliminate busing may be a constitutional amendment.”

Biden said that he didn’t “want to be mixed up with a George Wallace,” referring to the notorious Alabama segregationist governor, but added that the “real problem with busing” is that “you take people who aren’t racist, people who are good citizens, who believe in equal education and opportunity, and you stunt their children’s intellectual growth by busing them to an inferior school . . . and you’re going to fill them with hatred.”

Biden insisted that busing itself was actually racist.

“The new integration plans being offered are really just quota systems to assure a certain number of blacks, Chicanos, or whatever in each school. That, to me, is the most racist concept you can come up with,” Biden said. “What it says is, ‘In order for your child with curly black hair, brown eyes, and dark skin to be able to learn anything, he needs to sit next to my blond-haired, blue-eyed son.’ That’s racist! Who the hell do we think we are, that the only way a black man or woman can learn is if they rub shoulders with my white child?”

Biden backed an anti-busing bill sponsored by another notorious segregationist, Sen. Jesse Helms of North Carolina, during that time. “I have become convinced that busing is a bankrupt concept,” Biden said on the Senate floor while discussing the bill, according to Mother Jones.

In the late '70s, Biden pushed an amendment that would have limited busing after a federally mandated integration program was to begin in his home state of Delaware. The Washington Post described Biden's bill at the time as “the most far-reaching antibusing measure to receive serious consideration in the Senate.”

In a 1977 letter to Sen. James Eastland of Mississippi, one of the segregationist senators Harris referred to during the debate, Biden wrote, "I want you to know that I very much appreciate your help during this week's committee meeting in attempting to bring my anti-busing legislation to a vote."

Biden spokesman Bill Russo told the Washington Post earlier this year that Biden still believes he “was right to oppose busing,” because he felt it was not the best way to integrate schools.

“He never thought busing was the best way to integrate schools in Delaware — a position which most people now agree with,” Russo told the Post. “As he said during those many years of debate, busing would not achieve equal opportunity. And it didn’t.”

Harris took issue with that claim at the debate.

“Because your city council made that decision, it was a local decision,” Biden replied.

Biden tried to respond, listing civil rights legislation he was involved in, before cutting himself off.