Why so many people love roleplaying as Baby Boomers

A popular Facebook group lets its members pretend to be very online Boomers, in all their typo-addled glory 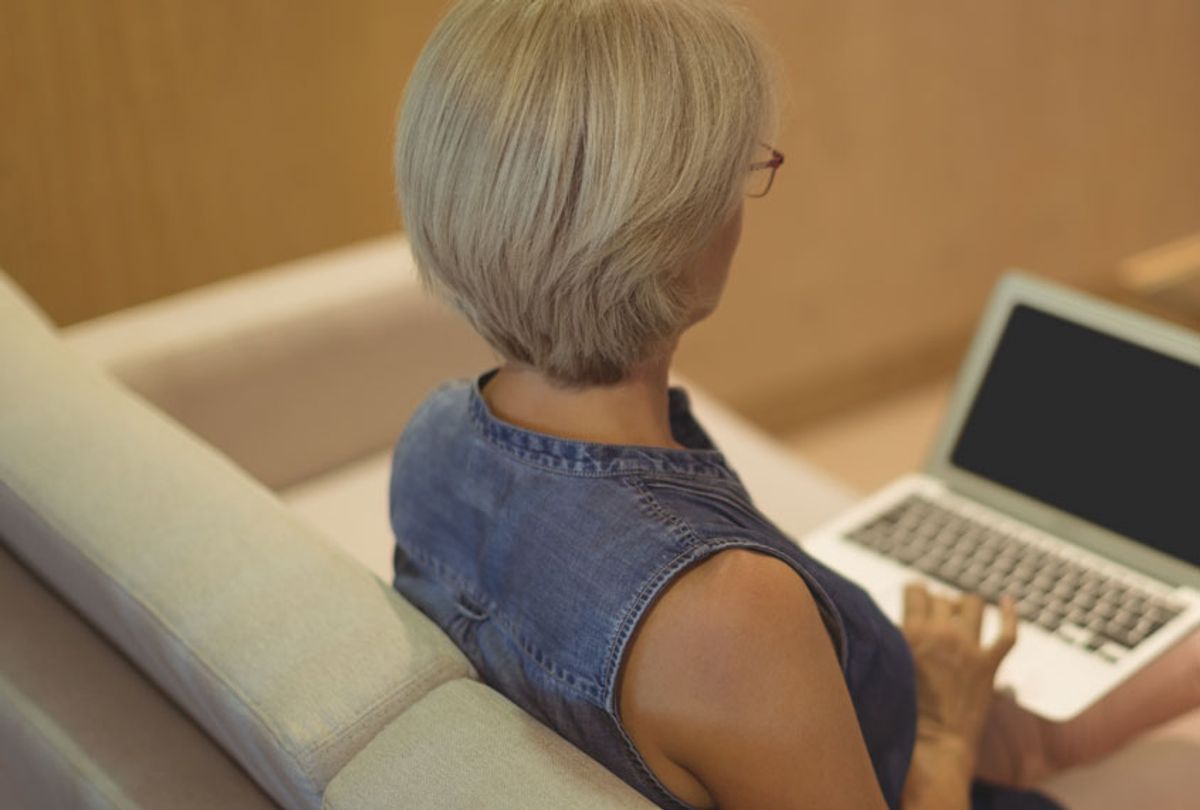 “Getting off Facebook so I can mow the lawn. Yep,,,,I'm crazy but I love mowing the lawn, and it is GREAT exercise and give me a feeling of accomplishment and adds to the beauty of my home. Everyone have a great day!”

Then, a few scrolls down, another user writes:

“I USE FACEBOOK ON MY HOME COMPUTER BUT ITS SO SLOW. MY GRANDDAUGHTER TOLD ME TBERES A FAXEBOOK APP FOR PHONES ON THE APP STORE. DOES ANYONE KNOW WHERE THAT IS. IS IT IN THE MALL???”

And below that, someone posts a photo — a side-by-side comparison, first of actor Cary Grant dressed in a wool overcoat in one panel, and a thin young man dressed in light-wash denim shorts and a pastel top, immersed in his smartphone, in the second panel. The caption reads: “1947 and 2017. Something went terribly wrong!”

The themes of these group posts — friends and grandchildren, home ownership, nostalgia for the middle twentieth century — recall the concerns of Baby Boomers. But the group’s members are, for the most part, not. That’s because the Facebook group is called, plainly, “A group where we all pretend to be boomers.” All of these posts are people acting.

And while it is hard to quantify what exactly makes something a “Baby Boomer post” — and while the stereotype of the tech-illiterate Boomer is largely unfair and ignorant — the Facebook group’s feed is an endless stream of extraneous punctuation, all-caps, Minion memes, and public posts that should’ve been private messages (“Are you coming home for dinner, Jane?!”)

According to Justin Richard, one of the founders and admins of the group, its popularity has taken off immensely since it started about two months ago.

“Originally, it grew relatively slowly, maybe 50 or so members a day, and we were at around 5,000 members about 4 or 5 days ago,” Richard said. “Then due to a Tweet by @ebolaslut, it started growing exponentially. We're up to 63,000 members.”

Online communities where members riff on certain internet stereotypes or memes isn’t a new thing.  For instance, Salon’s Keith A. Spencer has written about how a Reddit channel called “MildlyInteresting” spawned popular spin-off subreddits like “InterestingAsF**k” and “NotInteresting.” And within the subgenre of “roleplaying”-type meme groups, there are other current Facebook groups similar in premise to the Boomer one. These are dedicated to pretending to be a wide variety of characters: influencers, farmers and cows, middle-aged moms at Target, doctors and patients, aliens pretending to be human.

But those groups' memberships are significantly smaller than “A group where we all pretend to be boomers.” Something about roleplaying as a confused online Boomer seems to have struck a nerve.

Part of this is simply that role-playing — especially this kind of low-barrier role-play — is fun.

Compared to the high-barrier, elaborate character-building involved in physical role-playing games like “Dungeons and Dragons” or even MMORPGs like “World of Warcraft,” popping online to post a single status in the imagined voice of a Boomer is an easy lift.

Younger users, who have traditionally been the vanguard of social platforms, set the online social rules that are later imitated by older internet users. As Boomers have acclimated to the subtleties of social media with varying levels of success, mimicking the more bizarre posts of theirs that stand out among the mundanity of a Facebook feed — humble-bragging job announcements, carefully posed and filtered photos, multi-level marketing pitches — is just amusing.

Yet Boomer-roleplaying also speaks to something deeper: a perceptible generational rift between Boomers and their younger generational counterparts, both millennials and Gen Z.

The media loves to sensationalize this generational divide. Yet it is based in reality: the members of these respective generations came of age in very different Americas, and thus have very different worldviews and social quirks.

In a different recent Salon article, “Why millennials will miss Boomers when they’re gone,” Keith A. Spencer writes, “It is understandable that Boomers would struggle to understand the millennial disposition: Boomers never suffered through a historic recession, nor did they come of age in an era of increasing income inequality, home prices and debt that has foreclosed the possibility of a middle-class life.”

Sometimes this generational divide simply manifests as gentle ribbing. Boomers make fun of millennials’ penchant for avocado toast; millennials use this group to make fun of Boomers’ confusion between the “laugh-cry” and “sad-cry” emoji.

But the “group where we all pretend to be boomers” seems to be making fun of a particular kind of Boomer.

“I think the popularity [of the group] is definitely partially because of the current political climate,” said admin Elizabeth Roney.

Which is evident as you scroll through the group. Nestled among the calls for good potluck recipes and “pictures of dog pictures, please,” are posts praising the MAGA-rhetoric of President Donald Trump, his “America First policies,” and our “classy First Lady.”

While some of the posts read as absurd exaggerations, many feature familiar sentiments.

“I had to get my leg blown off in Saigon to get my free college,” a group member posted. “Why should I have to pay for a bunch of losers who get a worthless degree in basket weaving???”

Group members share anti-immigration op-eds, disparage socialism, and liberally toss around the term “liberal snowflake” — all in the name of satire, of course.

Politically and socially speaking, the surging popularity of “A group where we all pretend to be boomers” perhaps makes sense.

Where in the past, politics maybe only came up with family once or twice a year at a holiday gathering, social media has offered us a way to observe how those closest to us react to every passing political moment. And it’s jarring to realize that sometimes views can differ radically between family members, often due to generational gaps.

So unlike a group where everyone pretends to be elves or cows, this one offers some light catharsis (much in the way watching a satirical depiction of a conservative character can.)

Discovering that you have a family member or friend with abhorrent politics can feel both alienating and infuriating; this group makes you feel like you’re not alone. Co-founder Justin Richard says the whole thing is almost like a huge inside joke.

“And all you have to do is join,” he said. “I think people really like a feeling of community, and I think the group provides that more than usual.”

For that reason, Richard said, the 60,000-member group isn’t just populated with millennials.

“I saw a comment from someone in an older age range laughing, and saying her daughter clued her in on the group,” he said. “We've managed to get a radically diverse group of members together.”