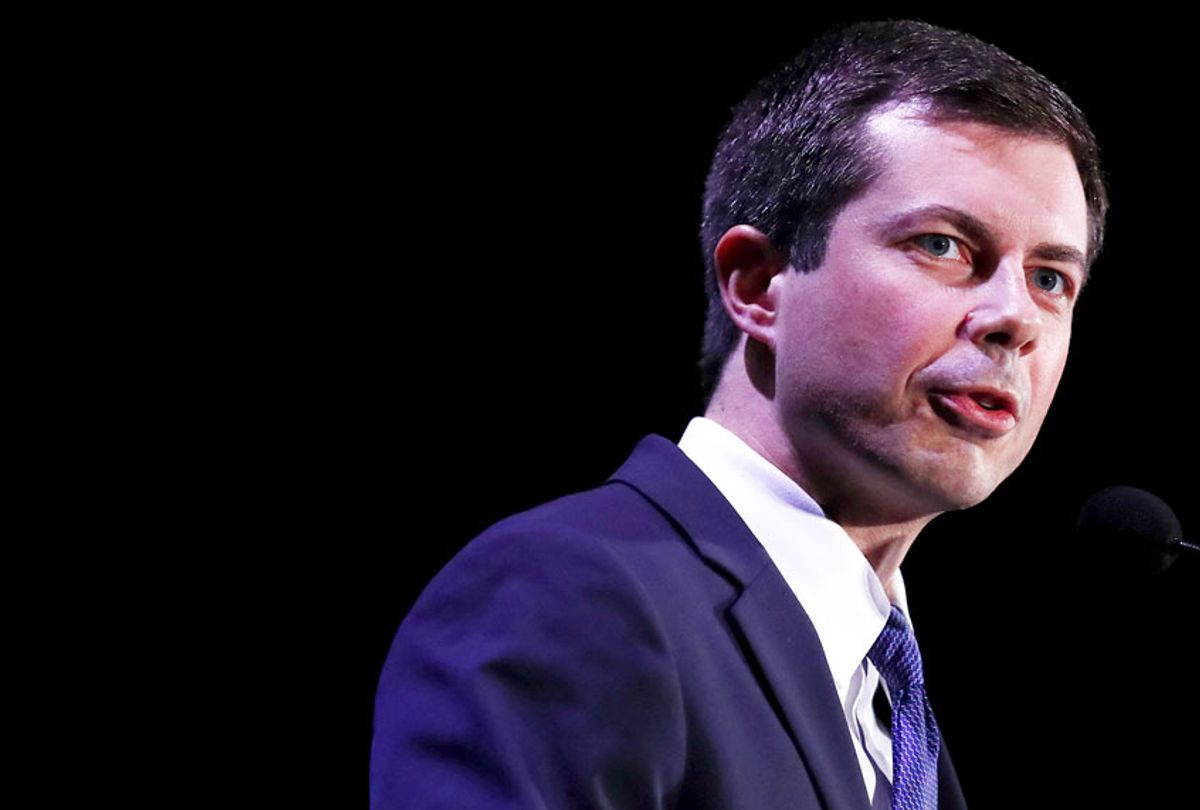 Pete Buttigieg, the breakout insurgent star of the 2020 Democratic presidential field, raked in nearly $25 million over the past three months — a stunning total that is more than triple what his campaign brought in during the first quarter of the year.

The 37-year-old mayor of South Bend, Ind., announced the fundraising haul on Monday in a Twitter video, in which he revealed that more than 400,000 donors have contributed to his campaign.

"We launched our campaign in South Bend on April 14, and this organization grew bigger and faster than we ever could have imagined," he said. "Hundreds of thousands of people from across the country have helped us raise over $20 million this quarter."

"From holding grassroots fundraisers to spreading the word about our campaign, you've inspired us every step of the way — and we're just getting started," he continued.

The millennial mayor concluded with a message to supporters: "Together, let's build a new American chapter. Let's win the era."

The eye-popping $24.8 million sum is likely to be among the largest disclosed by any Democratic presidential contenders for the second quarter of the year. It came from 294,000 donors, bringing the average donation to $47.42, according to an email from the campaign's national press secretary, Chris Meagher.

Meager said the campaign enters into the third quarter of the year with $22.6 million cash on hand, and that the campaign has received donations from all 57 states and territories. Almost twice as many donors contributed to Buttigieg's campaign in the second quarter than the first, Meager said.

The new amount is more than triple what the campaign brought in during the first quarter of 2019. That cycle, Buttigieg raised $7 million, with an average donation of $36.35 from 158,550 donors.

"Pete's message is resonating with Americans, and it's proof that we are building an organization that can compete,"  Buttigieg's campaign manager, Mike Schmuhl, said in an email to supporters.

The mayor's announcement comes after his first debate of the Democratic presidential primary season. It also comes after Buttigieg abruptly left the campaign trail during the last few weeks of the second quarter after a white South Bend police officer fatally shot a black man.

Buttigieg, who would be the country's first openly gay president if elected, has emerged as one of the top contenders vying to deny President Donald Trump a second term. He has consistently polled in the top five in national polls of the 2020 race after he broke through the crowded Democratic primary field following a series of viral moments.