Under new law, any member of Congress can visit facilities for children. They must insist — we need the truth 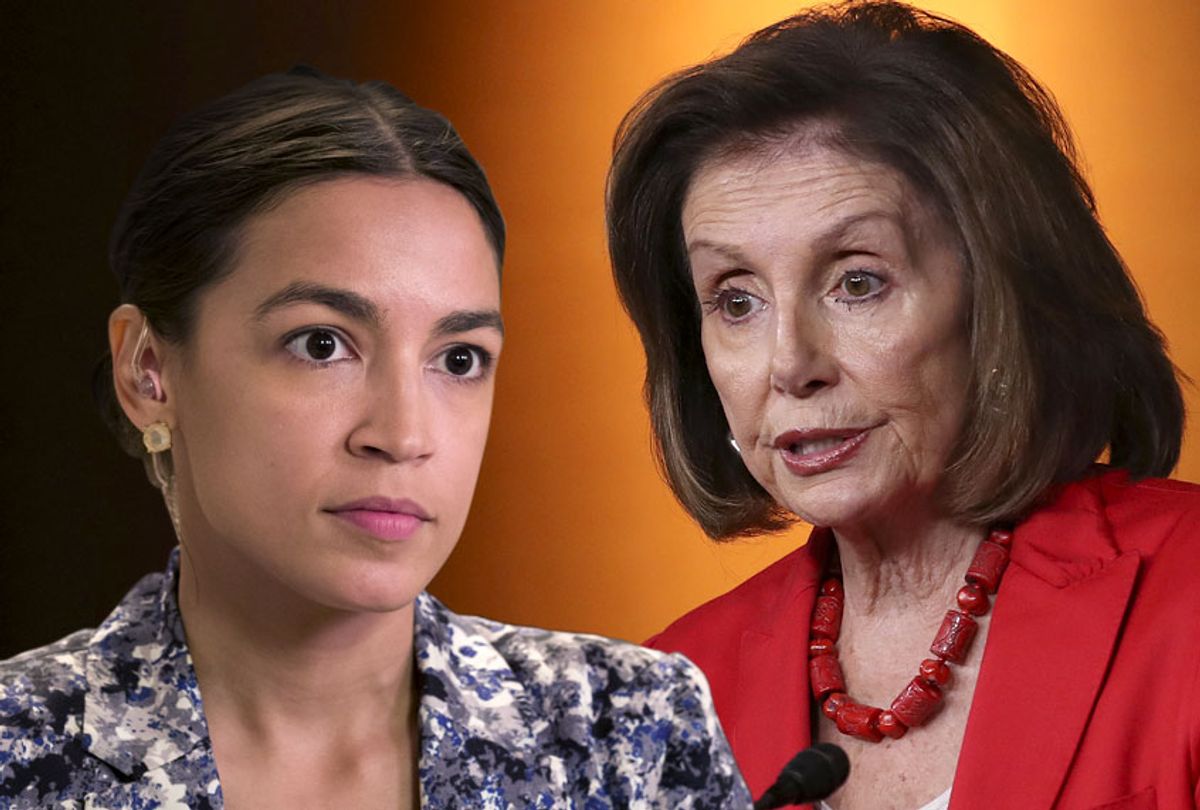 Last week, as seven Democratic senators distracted by presidential ambitions were away from Washington for two nights of debate, Senate Majority Leader Mitch McConnell skillfully pulled off something President Trump has tried many times before but just couldn’t accomplish: He split up Chuck and Nancy.

House Speaker Nancy Pelosi failed to hold her caucus together to fight against the Trump administration's immigration policies after nearly every Senate Democrat voted for a Republican-backed bill to increase space at federal detention centers for migrants on Thursday.

The House passed the Senate’s $4.6 billion emergency spending bill after weeks of stalled negotiations. The bill gives $280 million to Immigration and Customs Enforcement (ICE) and more than $1 billion to Customs and Border Protection (CPB).

House progressives tried to add more stringent care requirements for detained migrant families and unaccompanied minors. But Pelosi was forced to accept the less restrictive Senate bill after Democratic centrists in the House grew fortified by the Senate’s overwhelming vote.

Only hours after Senate Minority Leader Chuck Schumer spoke on the Senate floor, alongside a horrifying photo of a drowned migrant father and daughter, to highlight the danger of the Trump’s administration's immigration enforcement efforts, he failed to push for any consideration of House progressives' amendments to the Senate bill. The Senate passed its bill on a bipartisan vote of 84-8 and the House followed suit, 305-102.

While the border funding bill is not entirely a victory for Trump, as it included no new migrant detention bed funding nor anything for a border wall or immigration enforcement, he is expected to sign it upon return from his trip to Asia.

“As the Senate bill passes,” Pelosi said ahead of the vote that split her caucus last week, “it will not be the end of this debate. It will be the battle cry.”

But what is the point of having a Democratic House if you don’t leverage your majority power to protect vulnerable children?

“The benefit to having one chamber controlled by Democrats is you have people who can fight and win. But that requires the people in the minority chamber to also fight, even if they lose,” explained Rep. Pramila Jayapal, D-Wash., co-chair of the Congressional Progressive Caucus.

Despite Democrats' last-minute disintegration, there still may be a chance for the party’s progressives to fulfill Pelosi’s battle cry.

The border funding bill gives any member of Congress the right to inspect every facility in which the Trump administration is holding unaccompanied minors. This is an opportunity for members of Congress to conduct actual oversight.

Several congressional Democrats who traveled to Miami last week for the debates also traveled to a nearby immigrant detention facility. Like other members of Congress who tried before, they were not allowed to enter the camps. The Trump administration has a history of refusing to allow members of Congress to inspect these facilities. Democrats should respond with an unambiguous effort to leverage the newfound oversight powers they just gained from an otherwise troubling bill.

Media attention, like that garnered by Rep. Alexandria Ocasio-Cortez, D- N.Y., who traveled to El Paso on Monday to visit a facility is needed to bring attention to this continued suffering on U.S. soil.

Acting Homeland Security Secretary Kevin McAleenan said on Friday that recent reports of poor conditions for children at a border station in the El Paso sector were "unsubstantiated." Hours later, a federal judge ordered U.S. Customs and Border Protection to allow doctors into detention centers housing migrant children to investigate. Attorney General Bill Barr had fought to prevent doctors from having such access even though children in federal immigration custody must be provided with “safe and sanitary” conditions under the 1997 Flores Agreement, which sets standards for detaining child migrants and requires the government to release children to their parents, adult relatives or licensed programs without unnecessary delay.

Activists have brought donations for migrant children and been turned away by federal officials. The new border funding bill means Democrats in Congress may not be turned away, so they shouldn’t. This problem is far from over.

According to a report by the DHS inspector general and obtained by NBC News, a recent tour of a border station in the El Paso sector found that there were no soft mats for babies to sleep on or clean clothing. More than half the migrants were being held outside with four showers available for 756 immigrants. A cell meant for a maximum of 35 people held 155 adult males with only one toilet and sink. It was so crowded the men could not lie down to sleep.

"The current situation where immigrants are simply giving themselves up to the border patrol [and border patrol must detain] is causing low morale and high anxiety. They are seeing more drinking, domestic violence and financial problems among their agents," the report said.

If history has taught us anything, it's that whatever you know about a government abusing people's rights at the time it is doing it, the full story that comes out later will be much worse. ICE has already stopped updating its public database of deaths in custody under Trump. This border bill, and unelected federal judges, look to be the only hope for any transparency during this dark time in history.