While praising Trump, Fox News hosts admit they would criticize Obama if he met with Kim Jong Un

The hosts of "The Five" admitted that if a Democratic president had met with Kim, they would criticize the move 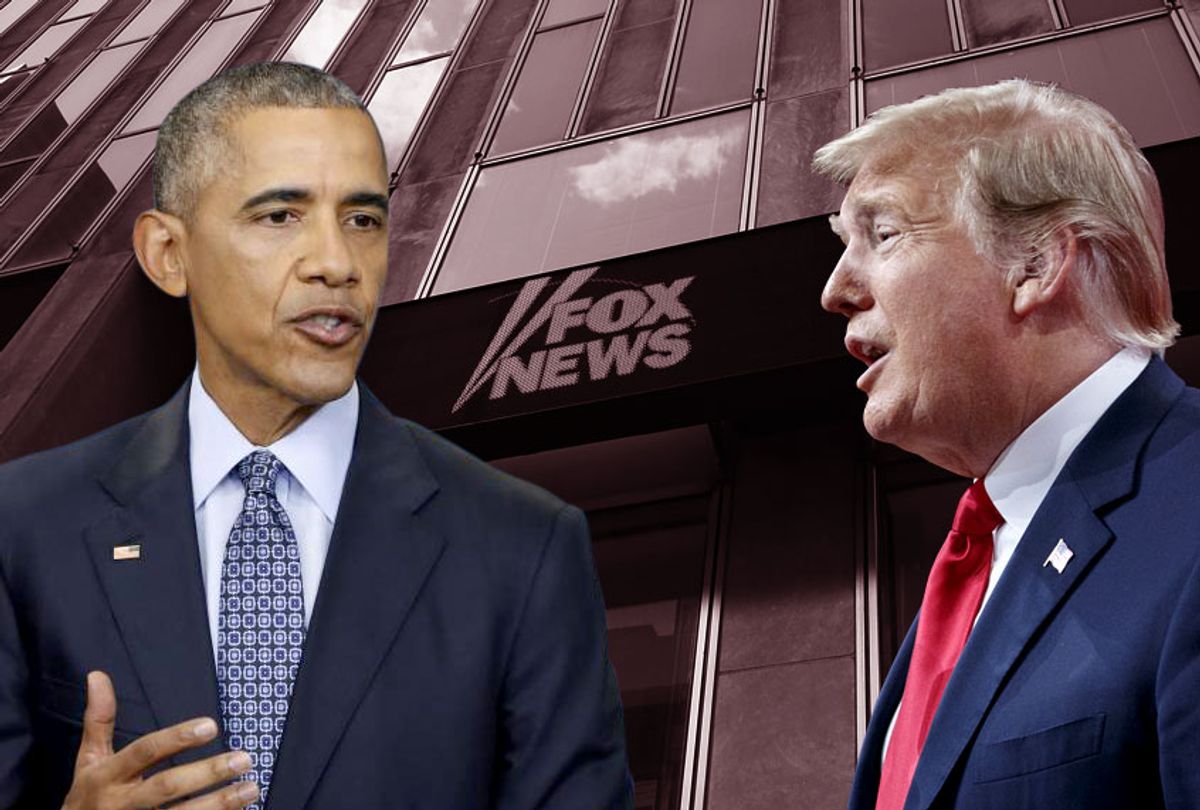 In a stunning moment, several Fox News hosts offered a momentary glimpse of self-awareness on Monday afternoon, confessing that if a Democratic president had met with North Korean dictator Kim Jong Un, like President Donald Trump did over the weekend, they would have rushed to criticize him or her — even though they applauded Trump's decision to meet with the rogue nation's leader.

In reaction to Trump's photo-op with Kim, in which the president had stepped into the Hermit Kingdom, the hosts of Fox's "The Five" predictably heaped praise on the president — then readily admitted that they would react differently if the nation's most recent Democratic president, Barack Obama, had set foot in the hostile nation.

The rare moment of truth came as the show's co-hosts spoke of how some Democratic presidential candidates had fiercely criticized Trump for crossing the low concrete border marker that has separated North and South Korea for more than six decades.

Co-host Jesse Watters declared that "historians will acknowledge that this step across the DMZ was a very powerful and important moment," while Dana Perino, another co-host, called the move a "symbolic moment" that forced people to stop talking about the first two Democratic primary debates last week.

"Of course they are going to attack him," co-host Greg Gutfeld chimed in, referring to the Democratic presidential hopefuls. "That's what you would do. And, let's be honest: If it were an adversary — an adversary from your party on the other side — we would do the same thing."

Watters then mockingly declared, "How dare Obama meet with a dictator with no preconditions!"

Gutfeld then dismissed criticisms of Trump's decision to meet Kim on North Korean soil and offered a defense of diplomacy in general.

"If you see diplomacy as a weakness, what does that leave you with? We know that there are tyrants and creeps in this world. You can hold two thoughts in your head that there are rough customers in the world and you got to talk to them," he said.

He went on to say that U.S. presidents should talk to America's adversaries, because there are no drawbacks to doing so.

"Casting diplomacy as a zero-sum game — we talk to him therefore we lose something, right? But what did we lose? Did we lose money? Did we lose land? Did we lose lives? No. Well, we lost our status in the world while we've elevated [Kim's] status."

"If that's how you value these things then no wonder we've made no progress," Gutfeld added. "If you keep saying that diplomacy causes a loss of status, why have diplomacy at all?"

Co-host Juan Williams pointed out that Gutfeld, whether knowingly or not, essentially restated the exact comment Obama made during a Democratic debate in 2008, when he suggested he would meet with America's adversaries, causing the panel to erupt with laughter.

Obama's remark came under mounting scrutiny from Fox News hosts and conservative commentators appearing on the network at the time.

"Couldn't trust Obama, though," Gutfeld said with a laugh.

Perino interjected,"Whoever you support, you trust that person with your message."