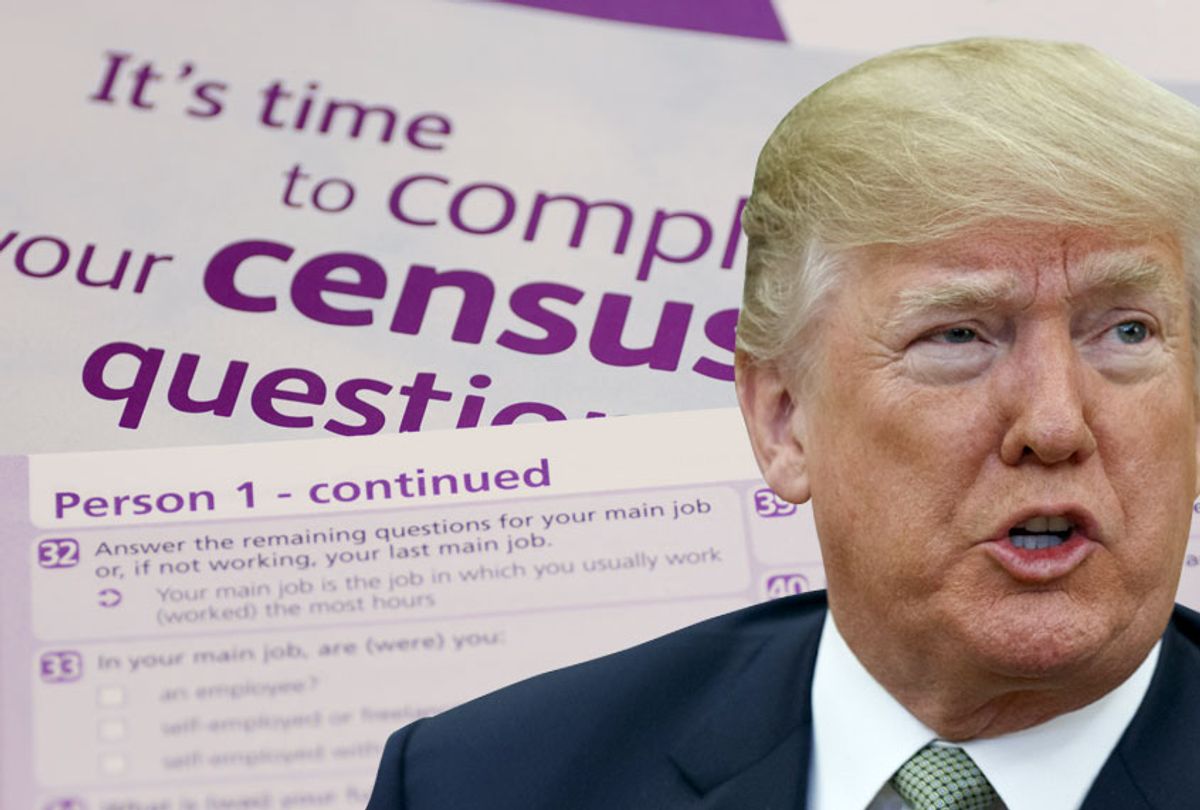 Update: On Wednesday morning, President Donald Trump tweeted that "the News Reports about the Department of Commerce dropping its quest to put the Citizenship Question on the Census is incorrect or, to state it differently, FAKE! We are absolutely moving forward, as we must, because of the importance of the answer to this question."

President Donald Trump has reportedly backed away from pushing for a citizenship question to appear on the 2020 Census.

The Trump administration has ordered the Census Bureau to begin printing out forms for the 2020 Census, even though the controversial question is not included, according to the New York Times. As a result, an effort which critics claimed was undertaken to give Republicans an advantage in Census results has been abandoned, constituting a rare retreat for an administration that usually strikes a defiant stance when it does not get what it wants.

Tweeting about the matter last week, President Donald Trump argued that it "seems totally ridiculous that our government, and indeed Country, cannot ask a basic question of Citizenship in a very expensive, detailed and important Census, in this case for 2020. I have asked the lawyers if they can delay the Census, no matter how long, until the United States Supreme Court is given additional information from which it can make a final and decisive decision on this very critical matter. Can anyone really believe that as a great Country, we are not able the ask whether or not someone is a Citizen. Only in America!"

Trump remained seemingly unwilling to back down during a pair of tweets on Tuesday night. The president wrote that it was "a very sad time for America when the Supreme Court of the United States won’t allow a question of “Is this person a Citizen of the United States?” to be asked on the #2020 Census! Going on for a long time. I have asked the Department of Commerce and the Department of Justice to do whatever is necessary to bring this most vital of questions, and this very important case, to a successful conclusion. USA! USA! USA!"

Commerce Secretary Wilbur Ross expressed a similar thought Tuesday in a statement to the Washington post, "I respect the Supreme Court but strongly disagree with its ruling regarding my decision to reinstate a citizenship question on the 2020 Census."

The Trump administration has repeatedly struggled to come up with a rationale for including the citizenship question on the Census forms. Eventually, they claimed it was necessary to effectively enforce the Voting Rights Act. Last week, Supreme Court Chief Justice John Roberts called that argument "seems to have been contrived." He also said Commerce Secretary Wilbur Ross "was determined to reinstate a citizenship question from the time he entered office" and had come up with a reason for doing so after the fact.

"We cannot ignore the disconnect between the decision made and the explanation given . . . If judicial review is to be more than an empty ritual, it must demand something better than the explanation offered,” Roberts wrote. "The sole stated reason — seems to have been contrived. We are presented, in other words, with an explanation for agency action that is incongruent with what the record reveals about the agency's priorities and decision making process."

The court's decision, and the Trump administration's eventual decision to abide by it, was hailed by Dale Ho of the American Civil Liberties Union, who said in a statement that "in light of the Supreme Court’s ruling, the government had no choice but to proceed with printing the 2020 census forms without a citizenship question. Everyone in America counts in the census, and today’s decision means we all will."