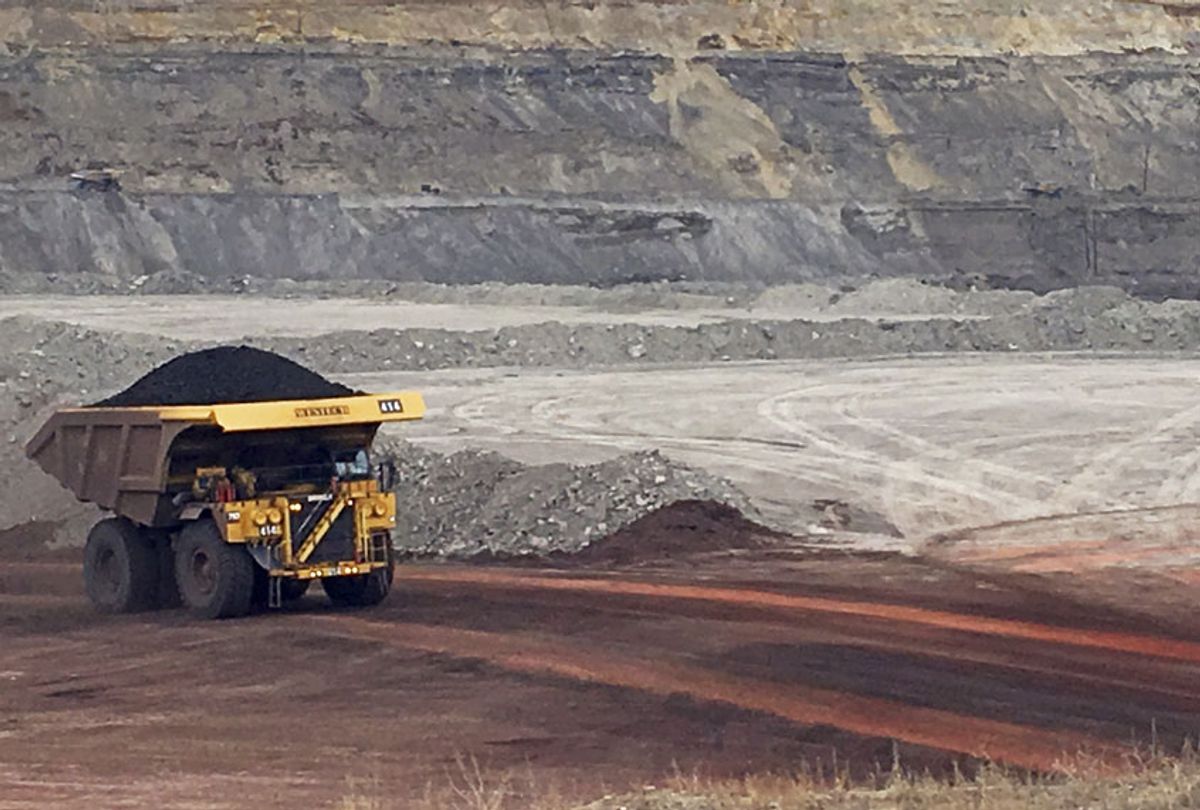 The coal industry was rocked by two massive bankruptcy filings this week that have put nearly 2,000 jobs at risk in Virginia, Kentucky, Wyoming and West Virginia.

Revelation Energy LLC., a West Virginia-based company that employs about 1,100 people in West Virginia, Virginia and Kentucky, filed for Chapter 11 bankruptcy in the Southern District of West Virginia, the Lexington Herald-Leader reported. Cumberland, Kentucky, Mayor Charles Raleigh told the outlet that the company has already shut down its nearby mines and workers were told not to show up for work.

The move comes as Revelation’s parent company, Blackjewel LLC, shuttered two coal mines in Wyoming amid its own bankruptcy filing, leaving 700 workers unemployed, The Casper Star-Tribune reported. The two mines, Eagle Butte and Belle Ayr, are the fourth- and sixth-largest producing coal mines in the country.

In a bankruptcy filing Monday, Blackjewel owner Jeff Hoops cited declining demand for coal and increased consumption of renewable energy as causes for the company’s fall.

“The entire industry either has gone through, or is currently going through, a period of financial distress and reorganization,” Hoops wrote.

Blackjewel and Revelation are millions in debt to state and federal agencies. The company owes $60 million to the Interior Department and another $6 million to the Kentucky state treasurer, the Herald-Leader reported. Blackjewel’s total debts are more than $500 million, the Star-Tribune reported.

Revelation and Blackjewel’s filings came just two weeks after Cambrian Coal, which operated a large coal operation in Kentucky and Virginia, also filed for Chapter 11 bankruptcy. The coal industry has been in steep decline in Senate Majority Leader Mitch McConnell’s home state, where coal output has dropped from 68 million tons per year to just 17 million tons since 2011, while costing the state nearly 10,000 coal jobs.

In Wyoming, Blackjewel is the fifth coal producer to file for bankruptcy in recent years, the Star-Tribune reported.

Wyoming Gov. Mark Gordon said in a statement that the bankruptcies will hit workers and their families the hardest.

“This announcement is hardest on the individuals who work at these important mines and their families, and our most immediate concerns lay with them,” he said. “We are not unprepared for this set of circumstances and are eager to do all we can for the hardworking employees of these mines.”

President Trump has not commented on the rash of recent coal producer bankruptcies, which have not been saved by his promises to save and revive the industry. Despite Trump's declaration that “coal is back” as recently as last year, U.S. coal consumption has fallen to its lowest level since 1978, according to the Department of Energy.

Since his election, 51 coal plants have closed and eight coal companies have filed for bankruptcy, CBS News reported.

“The fate of coal has been sealed, the market has spoken. The trend is irreversible now, the decline of coal is unstoppable despite Donald Trump’s rhetoric,” Michael Webber, an energy expert at the University of Texas, told The Guardian. “Trump has made a promise that will be broken, which is a tragedy for coalminers who were told they don’t need to get other jobs or get new skills. They have been sent the wrong signal and now there are lay-offs.”