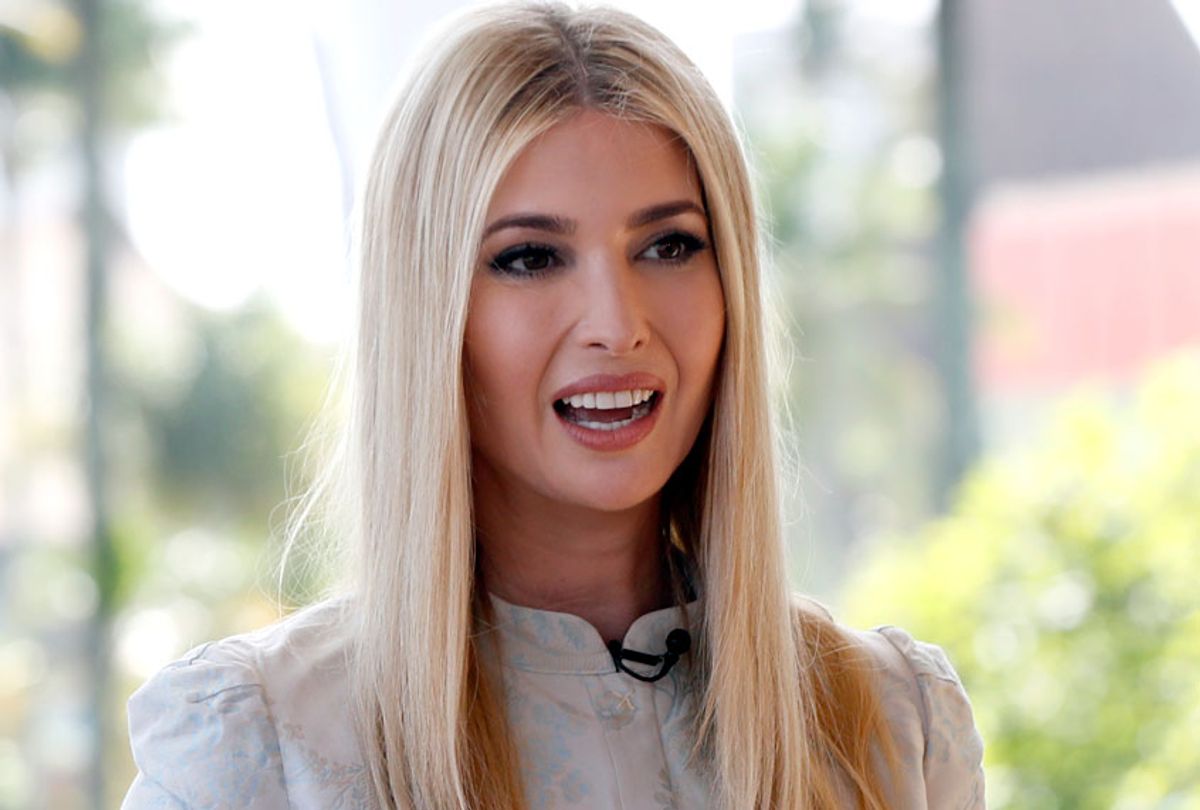 On Tuesday, Michael D’Antonio — author of “The Truth About Trump” — appeared on CNN to discuss the Trump childrens’ outsized position in U.S. politics, despite their lack of formal qualifications.

D’Antonio honed in on footage where Ivanka found herself in a mix of world leaders, and tried to make awkward small talk. They reacted in disdain. Christine Lagarde, the head of the International Monetary Fund, turned away from her when she tried to contribute to the discussion.

“You have elected leaders of some of the most powerful nations on Earth who have the franchise granted to them by their people. and you have Lagarde, who was head of the world — this world economic body, lifetimes of experience. And then this young woman whose essentially bringing a cocktail party expertise to this discussion,” D’Antonio said.

“She’s no more qualified to join a discussion on policy at that level than you and I would be,” he added.

D’Antonio explained why the interaction was awkward.

“And so it is uncomfortable for everyone, yet she’s the President’s daughter, so you have to somehow accommodate her, even though her presence seems to have no value,” D’Antonio said.