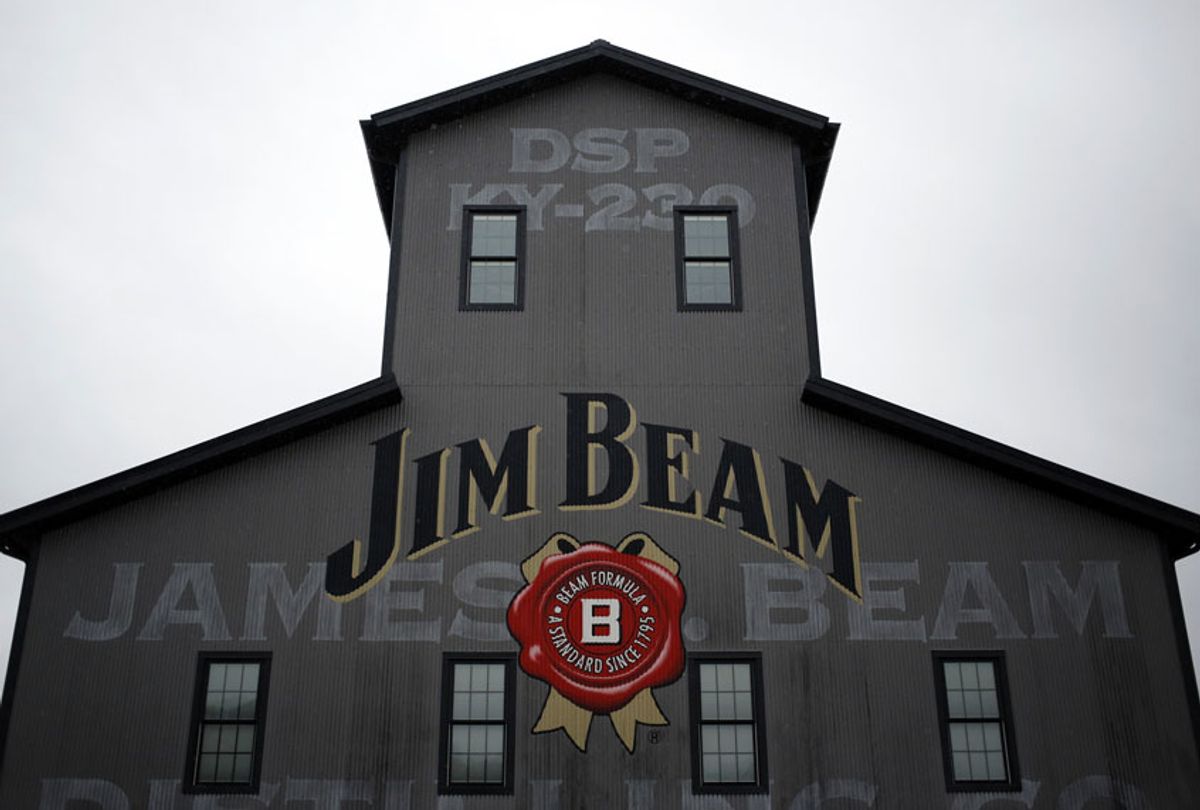 A massive fire tore through a Kentucky warehouse, destroying 45,000 barrels of Jim Beam bourbon. (Don't measure drinks by the barrel? That's roughly 6 million bottles of Beam.) Firefighters were called to the scene late Tuesday night, and had contained the fire by about noon on Wednesday; no injuries were reported.

According to a written statement issued by Jim Beam, the fire likely started after a lightning strike.

“We have a comprehensive warehouse safety program that includes regular inspections and rigorous protocols to promote safety and the security of our aging inventory,” wrote Jim Beam spokesperson Emily York. “We operate 126 barrel warehouses in Kentucky that hold approximately 3.3 million barrels for our brands, and the warehouse that was destroyed contained 45,000 barrels of relatively young whiskey from the Jim Beam mash bill.”

This warehouse fire is the latest in a series of notable accidents at Kentucky bourbon distilleries. In June 2018, a portion of the Barton 1792 Distillery warehouse collapsed and 9,000 bourbon barrels fell to the ground. Two weeks later, the rest of the warehouse crashed down and another 9,000 bourbon barrels were smashed. No one was hurt in either incident, but run-off from the barrels seeped into two nearby streams, killing hundreds of fish.

Then in June 2019, 20,000-barrel bourbon warehouse collapsed at O.Z. Tyler Distillery during a thunderstorm. In an interview with the Kentucky Press News Service, Jacob Call, the master distiller and operations manager for the distillery, said there wasn’t much bourbon lost.

“We had very minimal spillage,” he said. “Those oak barrels are strong.”

But some in the bourbon industry worry that this string of incidents may weaken consumer confidence.

In a post on his website, Fred Minnick, author of “Bourbon: The Rise, Fall, and Rebirth of an American Whiskey,” wrote that this fire is the fourth major distillery fire since the 1990s.

He wrote: “In 1996, Heaven Hill lost its distillery to a tragic fire; four years later, Wild Turkey suffered a fire. But the worst of them all was at the Silver Trail Distillery in 2015 when a still explosion cost the life of a young distiller.”

Leaders at Kentucky bourbon distilleries, Minnick wrote, must be concerned that these incidents could impact tourism and supply, especially as other whiskey distilling regions in Scotland in Canada haven’t been plagued with similar issues.

“And of course, all it takes is for one legislator to make the bourbon incidents his / her plank, which would greatly damage bourbon’s current standing,” he wrote.

Kentucky sits in the epicenter of the bourbon boom, which began ramping up in the mid-Aughts after decades of bourbon being tossed aside as “your grandfather’s drink” in favor of wine, beer and clear spirits like vodka. In 2016, bourbon and American whiskey sales topped $3 billion.

More and more distilleries are opening and industry stalwarts have increased production. It might be tempting to assume then that more bourbon equals more opportunity for accidents. But Maggie Kimberl, the content editor of American Whiskey Magazine, told Salon it’s not that simple.

“Thanks to the bourbon boom, older warehouses are being replaced with newer and safer warehouses, many of which are designed to contain all the liquid inside,” Kimberl wrote via email. “While the two Kentucky rickhouse collapses in the last year, as well as this fire, have people rightly talking about safety concerns, it's important to remember that there have thankfully been no injuries in these incidents in what amounts to a fraction of a percentage of Kentucky's rickhouses.”

She continued: “That said, distilleries would be well advised to ensure this safety track record continues through additional inspections and safety improvements throughout their facilities.”

Debate continues to rage about what has led to the uptick in Bourbon Country accidents. (Minnick indicated he thinks unpredictable weather thanks to climate change may be a potential culprit.) But drinkers and investors can take a breath; neither Jim Beam bottle nor stock price have been affected so far after this most recent fire.

In their statement, leaders at Jim Beam indicated the fire will not impact availability for consumers, which shows just how big the bourbon boom is for major distillers. Despite the warehouse damage — and potential environmental impact aside — it seems a loss equivalent to 6 million bottles of bourbon is just a drop in the barrel for brands like Jim Beam.