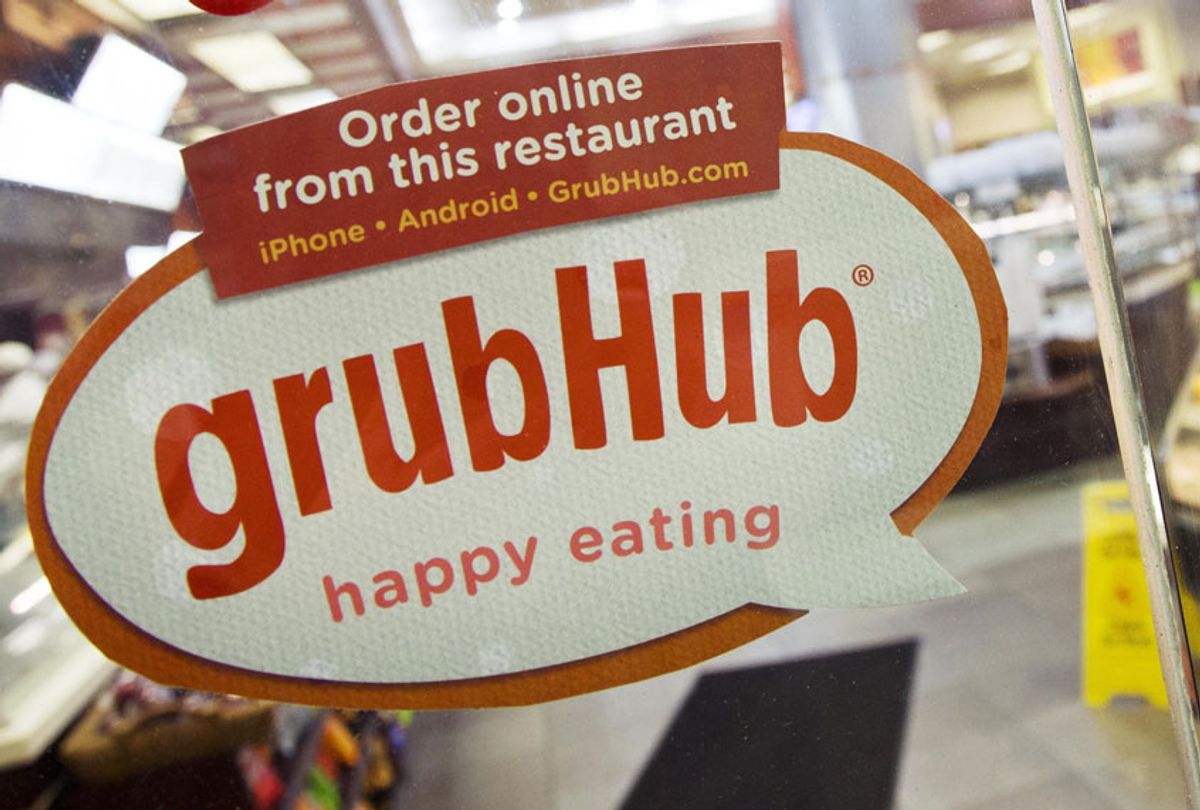 As if Silicon Valley needed another grimy exemplar of its culture of arrogance, a new report reveals the cartel-esque way that GrubHub exploits and forcibly takes cuts from mom-and-pop restaurants.

Yes, GrubHub, the seemingly-innocent food app you may have used to order takeout or delivery from local restaurants — one of the first mainstream apps of its kind to bring ordering takeout online and away from the phone. It seemed convenient and benign enough at first. Then it acquired a handful of related companies, including Seamless, AllMenus and MenuPages, essentially becoming a duopoly with Yelp. Now, in its rapacious quest for profit, GrubHub has allegedly been making money off  restaurants by controlling their internet presence without them knowing.

The report, published in New Food Economy, documents the story of Shivane M., who owns two small restaurants in Brooklyn and Queens with her husband. Shivane was gearing up to ditch GrubHub after realizing the company’s commission fees had been increasing over the years, hurting her restaurants' bottom line. One month, she gave an $8,000 cut to the company. In an attempt to ditch GrubHub, she considered increasing her restaurant's web presence to offer online orders from their own website. But according to the report, Shivane was shocked to find that GrubHub already owned a domain that matched her restaurant’s name. Shivane makes clear she never “gave them permission to do that.”

Shivane is not alone. GrubHub has actually registered more than 23,000 web domains (full list here). Additionally, according to the report by the New Food Economy, GrubHub has allegedly set up generic, templated pages that look like restaurant websites, but only link to GrubHub, and provide phone numbers that GrubHub controls. This tactic enables GrubHub to charge the restaurant a commission fee, making sure that GrubHub is always the middleman, even when the restaurant is unaware.

GrubHub has denied these claims since the story was published, saying its contract agreements with businesses allow the company to engage in marketing tactics on their behalf. “The allegations are untrue,” Chief Executive Matt Maloney wrote in an email to employees, obtained by the Los Angeles Times. “And those spreading false narratives are being reckless.”

The Los Angeles Times obtained a contract that supported Maloney’s disputes. The terms of service signed by restaurant owners says GrubHub “may create, maintain and operate a microsite (“MS”) and obtain the URL for such MS on restaurant’s behalf.”

There are two sides to every story, but the bottom line is this type of issue has become synonymous with the gig economy and big tech companies. You saw this with journalism: tech companies, mostly Twitter, Facebook and Google, came to control the majority of the distribution of online news; once they got to that point, those companies came to dictate to the news sites (off whom they profit) the rules of engagement in order to keep news sites' ad revenue coming. Just as the media industry has been decimated by tech's oligopolies, GrubHub seems intent on doing the same to the restaurant industry. And because corporations can afford lawyers who can foresee how to squirrel away contractual language like the aforementioned, the power imbalance is embodied in the fine print.

As Stacy Mitchell, co-director of the Institute for Local Self-Reliance, explained to the Los Angeles Times, “the terms of service have become a way for these large companies to establish and justify an exploitative relationship. They’re typically something that is take it or leave it. If you don’t take it, you’re locked out of half the market.”

One might also recall the saga of Uber and Lyft, a duopoly that has become a gatekeeper for rideshare drivers' (often terrible) wages. Said drivers are largely helpless in the face of these megaliths (though that doesn't mean some haven't attempted to band together to try to make a better wage).

It might be too late for small restaurants to regain their internet presence, and do their own marketing to reach more customers — unless lawmakers take some action. For now, if you feel uncomfortable with letting a middleman like GrubHub take a cut off every takeout or delivery order, you can always just order over the phone. (Just make sure it's not one of the "fake" forwarding numbers that GrubHub secretly controls.)