Rep. Justin Amash leaves the Republican Party: “I am declaring my independence” 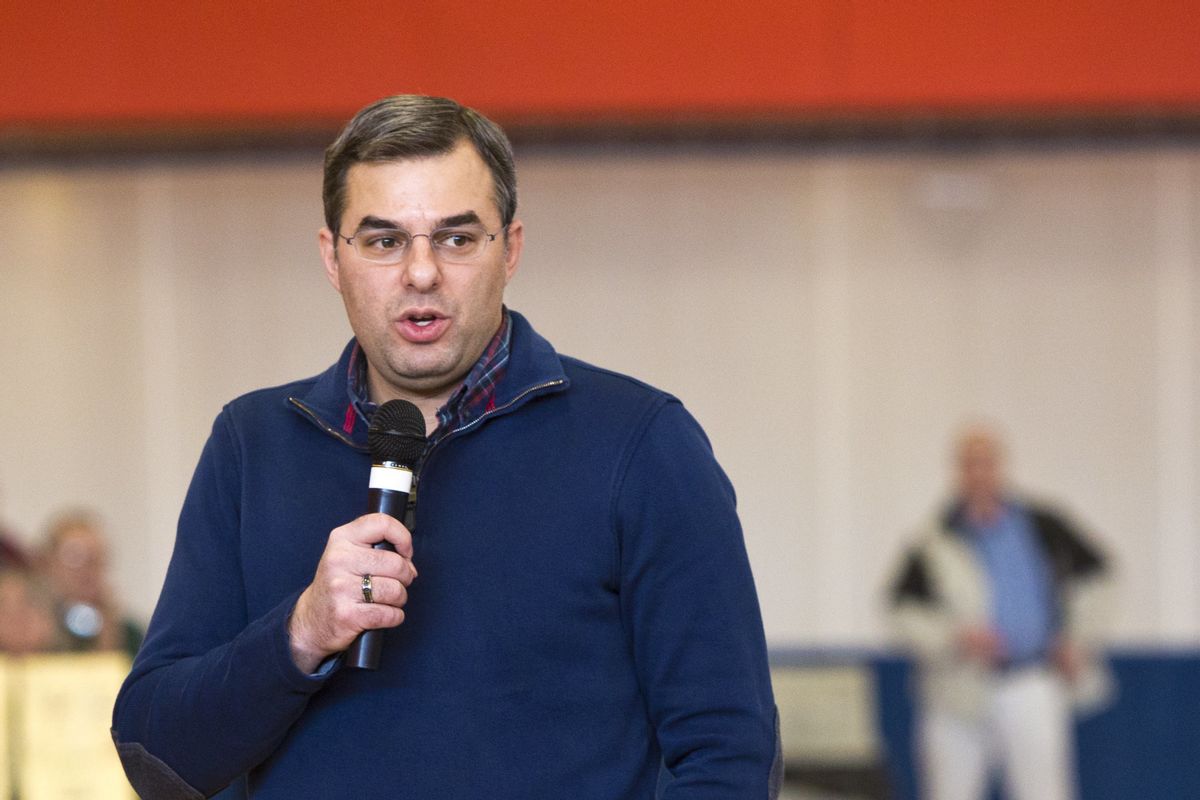 Michigan Rep. Justin Amash announced on Thursday that he is leaving the Republican Party to become an independent, saying he is both “disenchanted" and "frightened" by party politics.

"Today, I am declaring my independence and leaving the Republican Party," Amash, a libertarian and frequent critic of President Donald Trump, wrote in a Fourth of July op-ed for the Washington Post.

Amash, who revealed that he has become "disenchanted with party politics and frightened by what I see from it," argued that "the two-party system has evolved into an existential threat to American principles and institutions.”

The outspoken libertarian has fueled speculation in recent weeks that he is planning to mount a third-party challenge to Trump in the 2020 presidential race. He has repeatedly criticized the president in the wake of the release of former special counsel Robert Mueller's report into Russian interference in the 2016 election.

Amash drew backlash from members of his own party in May when became the first Republican member of Congress to call for Trump's impeachment.

Trump applauded the word that Amash was leaving the Republican Party on Thursday, calling the move "great news.” The president suggested the lawmaker quit the GOP because he was likely to lose a primary challenge for his re-election bid in his district, where he faces competition from state representative Jim Lowe, who has positioned himself as a close ally of the president.

"Great news for the Republican Party as one of the dumbest & most disloyal men in Congress is 'quitting' the Party," Trump tweeted. "No Collusion, No Obstruction! Knew he couldn’t get the nomination to run again in the Great State of Michigan. Already being challenged for his seat. A total loser!"

Amash became the only House Republican who has called for Trump's impeachment last month, and his announcement comes weeks after he stepped down from the conservative House Freedom Caucus, which he co-founded and is now filled with staunch allies of the president. Amash said he did nor want to be a "further distraction" for the caucus at the time.

"Some of the president's actions were inherently corrupt," Amash tweeted in May about Mueller's findings. "Other actions were corrupt — and therefore impeachable — because the president took them to serve his own interests."

Amash did not mention Trump by name in his op-ed, instead citing the "consolidation of political power and near disintegration of representative democracy."

"The parties value winning for its own sake and at whatever cost. Instead of acting as an independent branch of government and serving as a check on the executive branch, congressional leaders of both parties expect the House and Senate to act in obedience or opposition to the president and their colleagues on a partisan basis," he wrote.

Amash also argued that while Congress was envisioned as a "deliberative body in which outcomes are discovered, it has become a "little more than a formality to legitimize outcomes" dictated by the president or congressional leadership.

"With little genuine debate on policy happening in Congress, party leaders distract and divide the public by exploiting wedge issues and waging pointless messaging wars," he argued. "These strategies fuel mistrust and anger, leading millions of people to take to social media to express contempt for their political opponents with the media magnifying the most extreme voices."

He called on Americans to preserve liberty by "telling the Republican Party and the Democratic Party that we'll no longer let them play their partisan game at our expense."

"No matter your circumstance, I'm asking you to join me in rejecting the partisan loyalties and rhetoric that divide and dehumanize us," he added. "I'm asking you to believe that we can do better than this two-party system — and to work toward it. If we continue to take America for granted, we will lose it."