Two days after trashing Nike for not selling a Betsy Ross flag shoe, Doug Ducey wears their products to party 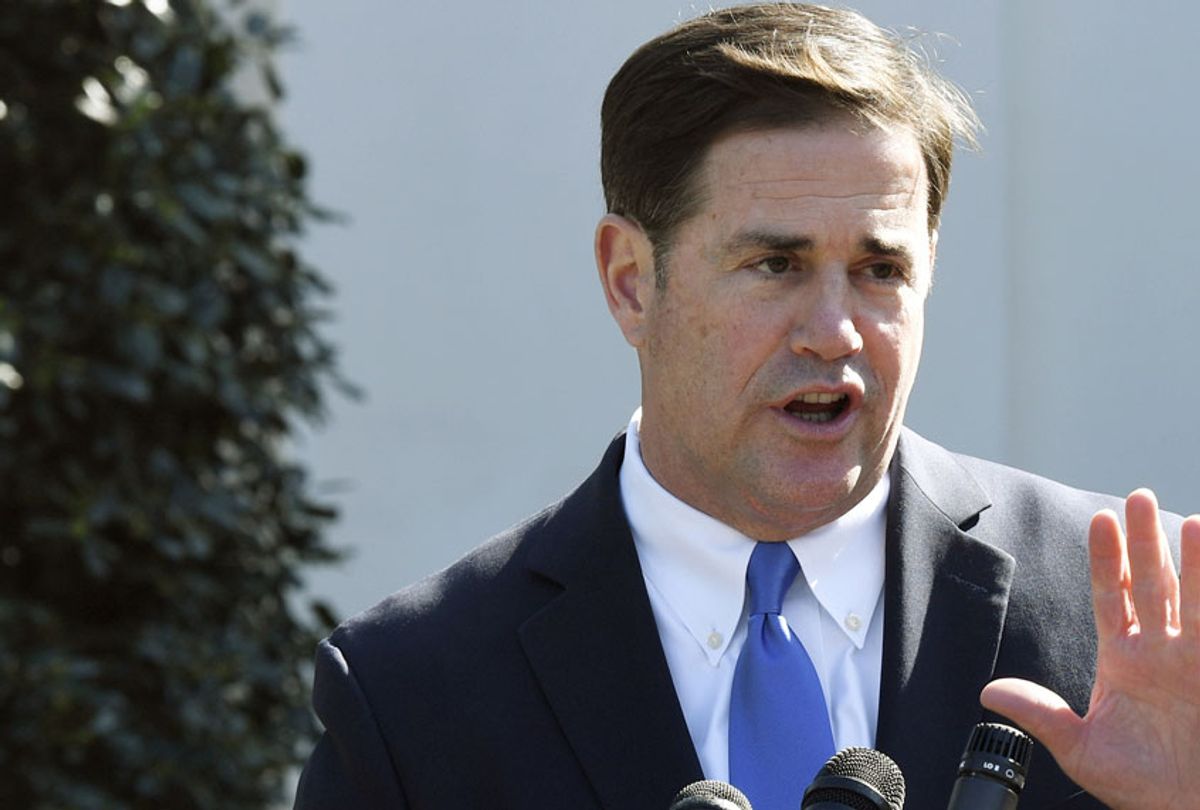 Arizona’s Republican governor was spotted wearing Nikes at a Fourth of July event — two days after withdrawing financial incentives to lure the shoe manufacturer to his state.

Gov. Doug Ducey announced Tuesday that he had ordered the Arizona Commerce Authority to withdraw the tax breaks that had been offered for the company’s planned $185 million factory in Goodyear, but he apparently saw no problem with continuing to wear their shoes.

The Cococino County Democratic Party tweeted out a photo of Ducey wearing black sneakers with a white Nike swoosh on the side, and KNXV-TV confirmed the image was authentic.

Ducey and other conservatives were angered that Nike agreed to withdraw sneakers with the Betsy Ross flag design after NFL player-turned-activist Colin Kaepernick pointed out that white nationalists had adopted the design as a racist symbol.

Many conservatives announced on Twitter that they intended to boycott the company’s products, although Ducey did not make that commitment.