Whatever happened to the "Breaking Bad" tarantula?

Here's a special 8-legged "where are they now?" as a possible reunion of the iconic series gets teased 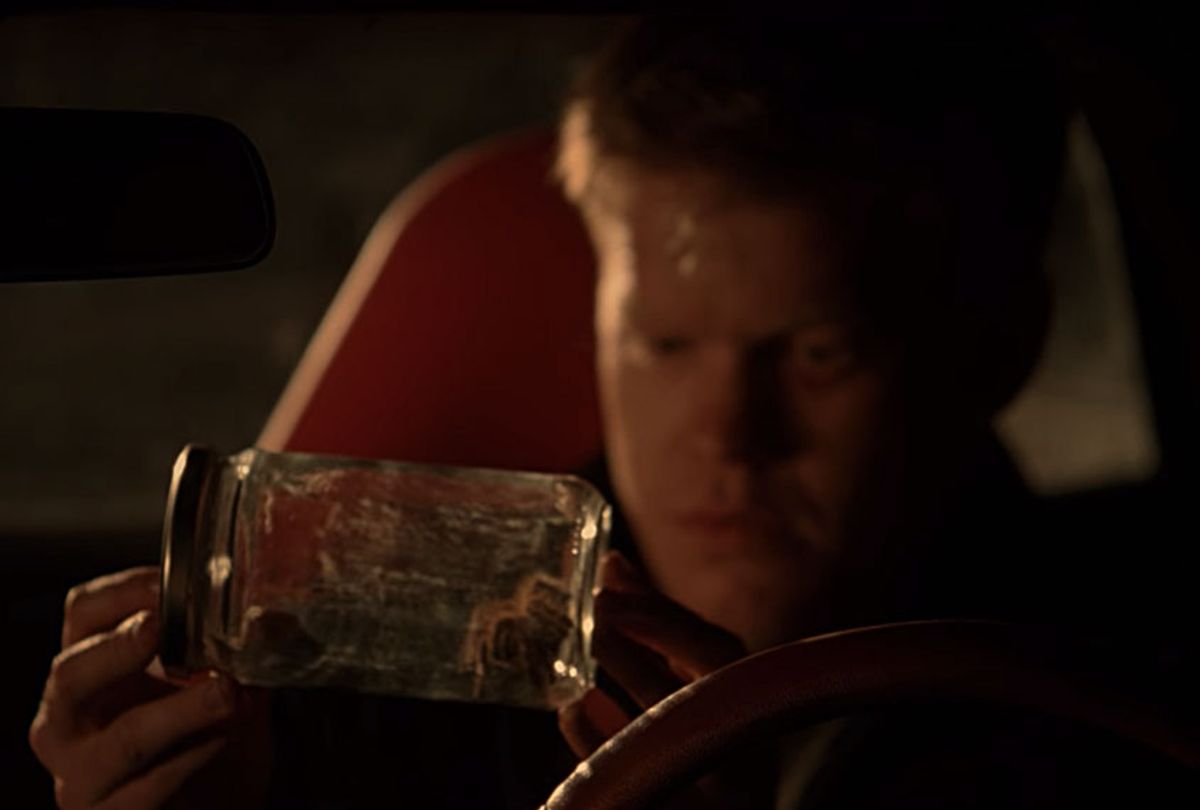 After “Breaking Bad” actors Bryan Cranston and Aaron Paul tweeted a photo of a pair of mules captioned only with the cryptic phrase, “Soon,” fans of  the show began buzzing at the idea of a potential reunion. A “Breaking Bad” movie has been teased in the past, but there are no concrete details about timeline or who from the cast would return.

Yet I had questions about whether one original cast member in particular was still around — the tarantula from season 5.

Despite only appearing on screen for a few moments, the tarantula served as one of the show’s most deeply haunting symbols. It was caught in a jar by Drew Sharp (Samuel Webb), the adolescent boy who was eventually shot in the Albuquerque desert by Todd Alquist (Jesse Plemons). Todd keeps the tarantula, and it reappears later in the season. As a fan on Quora points out, the tarantula serves first as a visual nod to Todd's psychopathic tendencies and later, becomes a living reminder that the characters can’t escape their pasts.

Searching for updates on the tarantula doesn't yield much, save a Flickr photo from 2013. Albuquerque-based photographer Kayla S. Sawyer captioned the photo, “You can find Patti, the tarantula from ‘Breaking Bad,’ at Clark's Pet Emporium in Albuquerque, N.M.”

“All I know is what I wrote in the photo caption,” Sawyer wrote Salon via email. “They gave her a spot at Clark's Pet Emporium in Albuquerque. I can't remember if that's where she came from originally but I know one of the Clark's employees was her handler.”

His name is Chris Lim, and he says Patti is still alive and doing well.

“I was one of the contracted animal wranglers for the TV show ‘Breaking Bad,’” Lim told Salon. “I was responsible for bringing in Patti the Tarantula and any of the roaches viewed during the show.”

Lim says he used to work as the reptile department manager at Clark’s Pet Emporium; he was there when the “Breaking Bad Tour” was still very much part of the public consciousness. Fans would toss a pizza on Walter White’s house, stop at La Palomita Park where Mike would take his granddaughter, then swing by the pet store for a photo with Patti.

In 2015, Lim left Clark’s to open his own dance studio in Albuquerque called The Dancing Turtle; Patti lived at the studio for about two years.

Patti is a Chilean rose hair tarantula, which is one of the most common species of tarantula available in U.S. pet stores.  They have small fangs, but are pretty docile, making them ideal both at home and on-set.  Lim used Patti in a series of classes he hosted at the studio on the idea of conquering one's fears. In a 2015 Facebook post he wrote, "'Patti' the Tarantula (from the Breaking Bad TV Series) wants you to hold and love her."

“As our studio grew into a much larger space — currently accommodating over 200 dancers and hosting many large scale events and competitions — I decided to move her to my home where the environment was much more calm and stable for such an amazing tarantula,” Lim said.

Lim didn’t comment on any potential Patti appearances in a “Breaking Bad” reunion, but said that Patti is something of a middle-aged homebody now. She’s roughly 13; tarantulas can live to be 25.

“She is very happy being a part of my family,” Lim said.