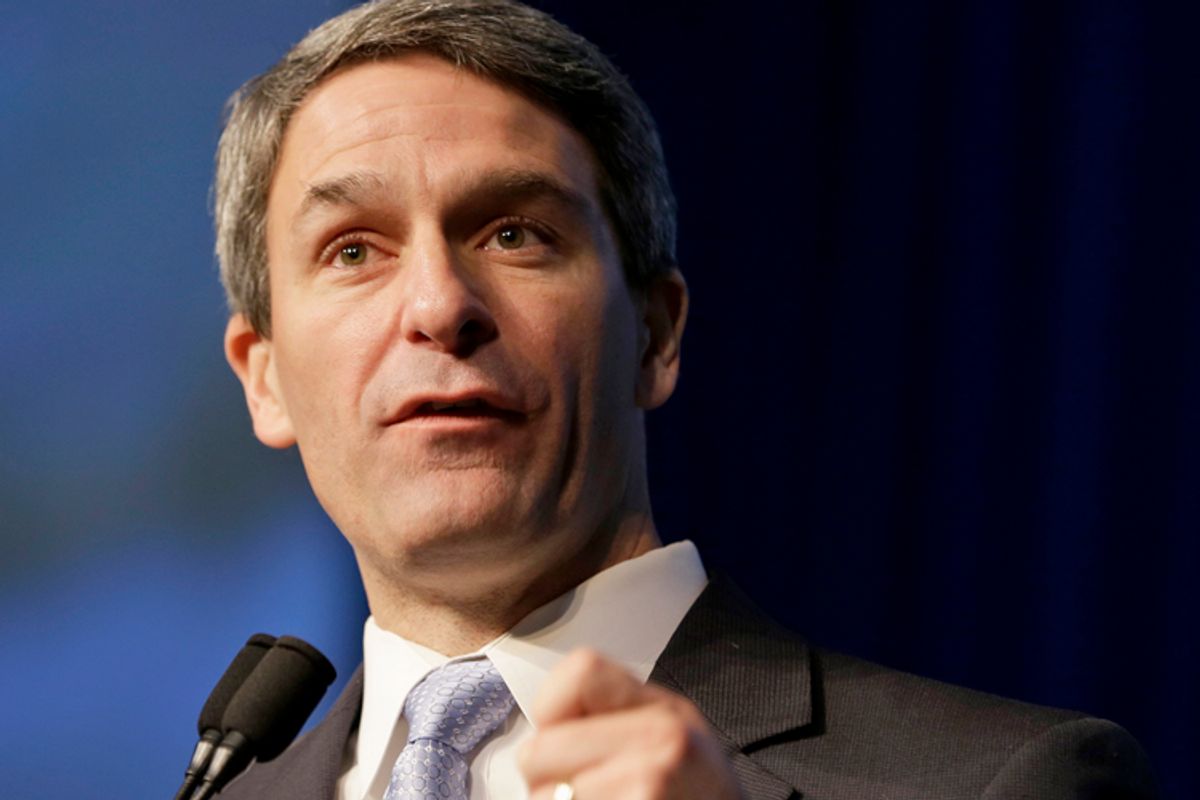 President Donald Trump's acting citizenship and immigration services director, Ken Cuccinelli, announced on Sunday that the president is planning roughly 1 million deportations of undocumented immigrants in the near future.

"Well, essentially at this point it's been put in Matt Albence's hand, the acting director at ICE," Cuccinelli told Margaret Brennan of "Face the Nation" about Trump's plan for undocumented immigrants after Congress failed to overhaul asylum laws after a two week deadline. "He's a career ICE officer, came up through the ranks and they're ready to just perform their mission which is to go and find and detain and then deport the approximately one million people who have final removal orders. They've been all the way through the due process and have final removal orders. Who among those will be targeted for this particular effort, or not, is really just information kept within ICE at this point."

After Brennan suggested that this meant the removals would be much larger than previously indicated, when the number suggested was merely "in the thousands," Cuccinelli insisted that he was simply drawing from a larger pool of people.

"No, no I'm just pointing out that the pool of those with final removal orders is enormous," Cuccinelli explained. "And, you know, it's important to note, here we are talking about ICE doing its job as if it's special. And really this should be going on on a rolling basis for ICE and they've been interfered with effectively and held up by the politics of Washington to a certain extent they're looking forward to just getting back to doing their job."

Cuccinelli also answered a question by Brennan about whether census data is being used for political purposes.

"The census is intended to gather an awful lot of information the way it's used now," Cuccinelli told Brennan. "However, if your question is, 'Will my agency or other agencies see a person who says, 'no I'm not a citizen and their name and address and so forth,'' that's taken on an aggregated basis. That's not individualized data that comes to us."

During an interview with Dana Perino on "Fox News Sunday," Cuccinelli also blamed Congress for not doing enough to "fix the problem" of undocumented immigration in the United States.

"People in the House come down and complain about them while not helping fix the problem. It's the height of hypocrisy," Cuccinelli told Perino.

He later added, "It was being run well, it was run safely, and so forth, but once you're over those capacity points, you encounter problems." After insisting that Congress change asylum laws in order to limit how people can enter the United States, Cuccinelli struck a pessimistic note, telling Perino that Democrats in Congress "just want to politicize it. They don't actually want to solve the problem."

He also explained that the reason ICE will have to conduct operations to remove roughly 1 million undocumented immigrants who were ordered to leave the United States by the courts proves that "we've fallen to the point where we're talking about it like it's news." He added that this demonstrates "how far that we have fallen in the enforcement side. It is the most violated federal court order in America."