Social housing isn't just better for humans — it's better for animals, too

Those with cat allergies suffer far more in finding housing. But there's a species-inclusive political solution 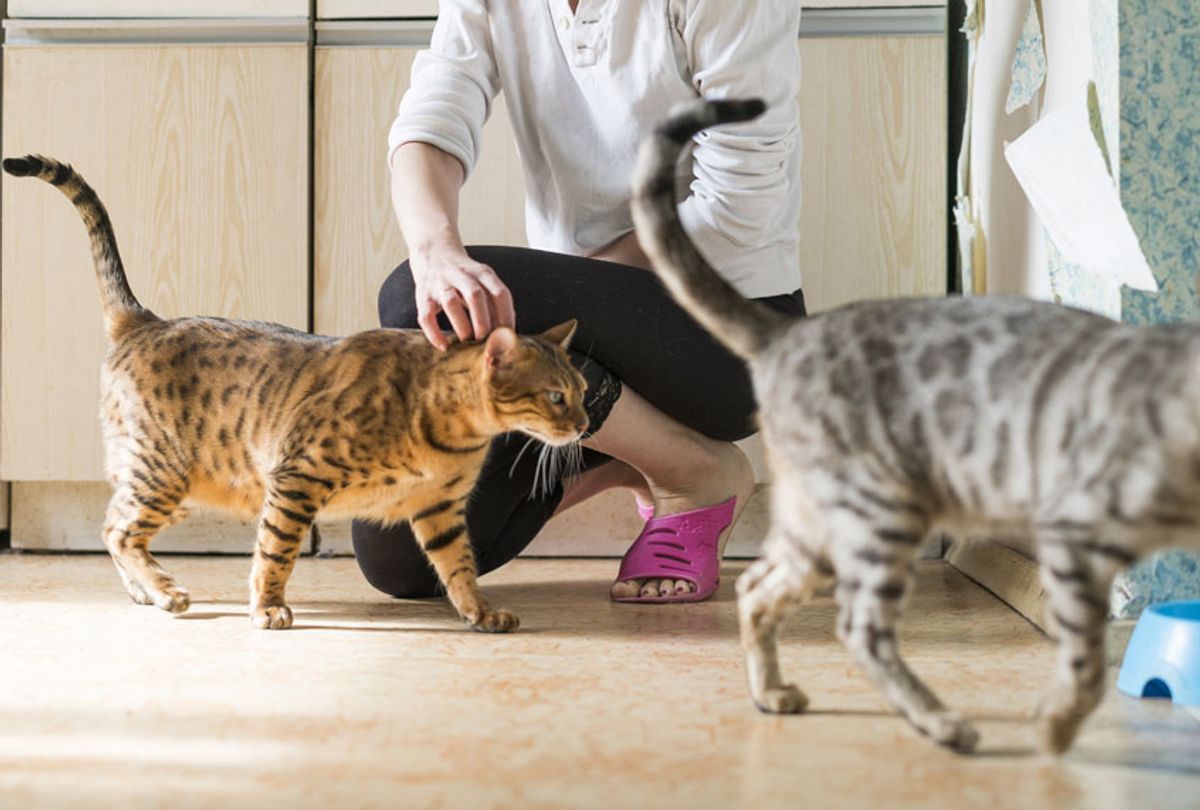 The search for affordable housing is a fraught matter for renters of few means. Obviously, housing is a necessity for survival — though it is largely treated as a commodity in the United States, which means one’s survival is often at the whims of the market. And while there are protective regulations that shield renters from discrimination, one oft-overlooked caveat that makes the housing search far more miserable for many is the presence of cats.

A debate over the ethics of cat ownership in a home of housemates might sound like a joke, particularly in cities where the housing market is plentiful and cheap — rust-belt cities like Cleveland or Milwaukee, say, which are known for affordability and low costs of living. Indeed, the average rental price for a one-bedroom apartment in Cleveland was $937 a month in July 2018; in Milwaukee, it was $1029 a month. But in San Francisco, where the median price for a one-bedroom apartment is over $3,600 a month, many people who would likely live alone in any other city are forced into roommate situations in San Francisco. That means that many more people are living with housemates who wouldn’t otherwise; and “unusual” housing situations abound, ranging from living rooms converted into bedrooms, garages converted into bedrooms, or bedrooms converted into “doubles” or “triples” or even “quads,” a college dorm-room nomenclature that has crept into Craigslist housing ads in the Bay.

Affordable housing is scarce in the Bay Area, just as it is in New York, Los Angeles, Seattle, and other similarly gentrified cities with a dearth of public housing. Hence, in a stressed housing market, cat ownership can make a housing search suddenly far, far more difficult for a poor person who is also allergic to cats. How much more difficult? Well, consider that nearly one-third of all American households own cats, according to the American Veterinary Association. And about 10-14% of the population is allergic. Notably, cat allergies are far more common than dog allergies; also, because cat dander particles are so small, felines’ allergens are airborne (unlike dog allergens) and persist in homes and on clothes for longer spans. For cities with housing crises, that 10-14% of the population is likely going to suffer quite a bit more to find housing, and in quantifiable ways that I calculate below.

But first, if you aren’t allergic to cats, here’s a brief primer on what it is like. If you’re a person with cat allergies and you walk into a house with a cat, your eyes start to itch or water, and your breathing becomes more labored; sometimes, your nose and throat itch, too, or get runny. You sneeze periodically, and your eyes may get puffy, particularly after rubbing them from the itchiness. The air feels “heavy” in a cat-laden house in a way that it doesn’t in other spaces. It is, in a word, unpleasant, and such conditions can persist even after the cat is gone — supposedly it takes 6 months for cat allergens to dissipate. For those with allergies, it can be difficult, even dangerous, to live with a cat.

But back to housemates. What is it particularly about roommate-occupied houses that make it especially hard for the feline-allergic? Let's run a simple simulation.

Say that in a fictitious city, CatTown, there exist one hundred cat-friendly 4-bedroom houses where renters cohabitate, sharing those spaces as roommates. Say that one in five renters (20%) has a cat (which is likely below the national average, though we don’t have statistics on individual cat owners, only households.) If the 80 cat-owners are randomly distributed among these 400 rooms, how many houses will have at least one cat? If you guessed 20%, you guessed wrong. Statistics suggest that the number will be far higher — about 55 of these houses will have at least one cat. (Note for stats nerds: this is a classic “balls in bins” probability problem, similar to the famous birthday problem but with dependent rather than independent probabilities.) That means the housing stock for the allergic is less than half what it is for the non-allergic.

This is a slight simplification of an already-simplified thought experiment, but the statistical point stands: Since cats don’t distribute evenly, the housing stock shrinks more than one might expect. Moreover, this kind of increased restriction on housing can be crippling for the portion of the population with allergies. And as such a common allergy, it poses a serious problem for housing justice advocates.

So what’s the solution? This isn’t an anti-cat essay, nor is it a suggestion that those with cats abandon them. To the contrary — it seems that those who can and do live without roommates have more of an impetus to get cats, or have as many cats as possible.

But this thought experiment also speaks to the necessity of making housing a right rather than a commodity, perhaps by returning to social housing — an umbrella term for a system of housing that is not managed by the private sector. If there were not a scarcity, there would not be a problem to begin with. When we talk about the need for social housing, it is often framed as a social welfare issue for humans — but it turns out it’s also one for pets.