From Osaka to Seoul to Washington, Trump puts his inanity on full display. 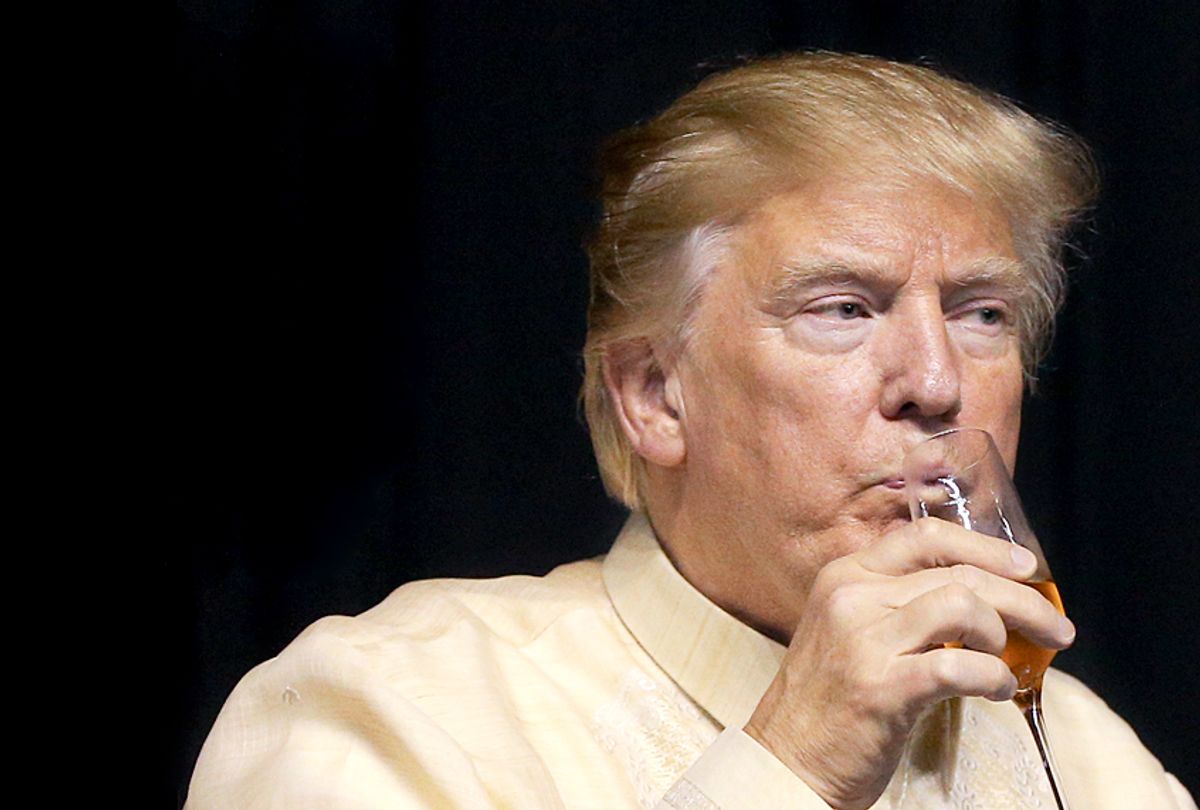 Donald Trump is returning from Asia, where he insulted allies and befriended the nation’s biggest strongman foes from Russia, China and North Korea in time to turn our Fourth of July celebrations on Thursday into a self-aggrandizing party about, well, Donald Trump.

“Oh, the cruel irony. President Trump is planning to turn the Fourth of July celebrations into his own Salute to America. And yet, while attending the Group of 20 summit in Osaka, Japan, Trump made clear that he has no idea what America is all about.”

At one point, Trump was asked by Peter Baker of the New York Times about a verbal attack by Russian leader Vladimir Putin on Western-style liberalism, Trump responded by criticizing San Francisco and Los Angeles, which he said are “sad to look at” because they are “run by liberal people.”

‘So, Trump doesn’t know the difference between West Coast liberalism and Western liberalism — between supporting the Green New Deal and supporting the immortal words of the Declaration of Independence that all people are endowed ‘with certain unalienable Rights,’ including ‘Life, Liberty, and the pursuit of Happiness,’” argued Boot.

"For Trump, the Fourth of July celebration is just another chance to stage a garish spectacle with himself at the center."

Of course, it that very Declaration of Independence that we celebrate on The  Fourth. “The Founding Fathers would be gathering again in Philadelphia if they could hear George Washington’s successor praise Putin — who makes King George III look like a choirboy — as a “great guy” and a “terrific person.” Asked by a reporter if he would confront Putin over his attack on the 2016 election, Trump treated it as a big joke, saying sarcastically, “Don’t meddle in the election, president” while wagging his index finger and laughing. He later said that Putin “denies it totally,” thus reprising his surrender in Helsinki on July 4.”

“But Trump is clueless. For him it’s just another chance to stage a garish spectacle with himself at the center,” said Boot.

The Washington Post editorial board made clear that “when it comes to American democracy, the attack on the presidential election in 2016 is no joking matter — and no mystery. Russia’s military intelligence service stole campaign emails and leaked them to help candidate Donald Trump, while streams of incendiary social media posts and online ads were paraded before American voters. After all that, Mr. Trump on Friday kissed off the concerns, once again.”

Making matters worse, the board added,  Trump the launched into an attack on the free press, inviting Putin to say he has the same issue in Russia. Of course, in Russia, Putin gets to kill or otherwise attack journalists. “Trump’s remark was an unctuous display of his personal strongman impulses in front of a Russian president who leads a system that imprisons, persecutes and kills journalists and dissidents who ‘become too curious or critical,” the board said.

Over the weekend, the New York Times reported that a Trump 2020 campaign associate was running a fake Joe Biden webpage, parodying gaffes, bad background misinformation and other anti-Biden moves. Asked about it, Turmp’s campaign spokeman praised the creativity of the staffer to help the campaign on his own time.

In his remarks and policies on education, environment, voting, immigration, almost any governmental topic we can name, Trump pursues thoughts that are seriously anti-American values. In their place, he values anything that serves his family’s financial interests and steps on those of his political opponents.

It will be an interesting juxtaposition as Trump asks us to celebrate the nation by celebrating him. In the midst of what has become a popular non-partisan holiday for people, Trump is now planning a ticket-only area by the Lincoln Memorial to honor himself.

No wonder he likes strongmen. No wonder Trump need not understand the difference between Western-style liberalism and West Coast politics. No wonder wants to celebrate the Fourth by assaulting the press, turning public pride private and, probably, if he got his way, asking only citizens to attend.