Who's your daddy? The twisty history of paternity testing

Salon talks to author Nara B. Milanich about why in the politics of paternity and science, context is everything 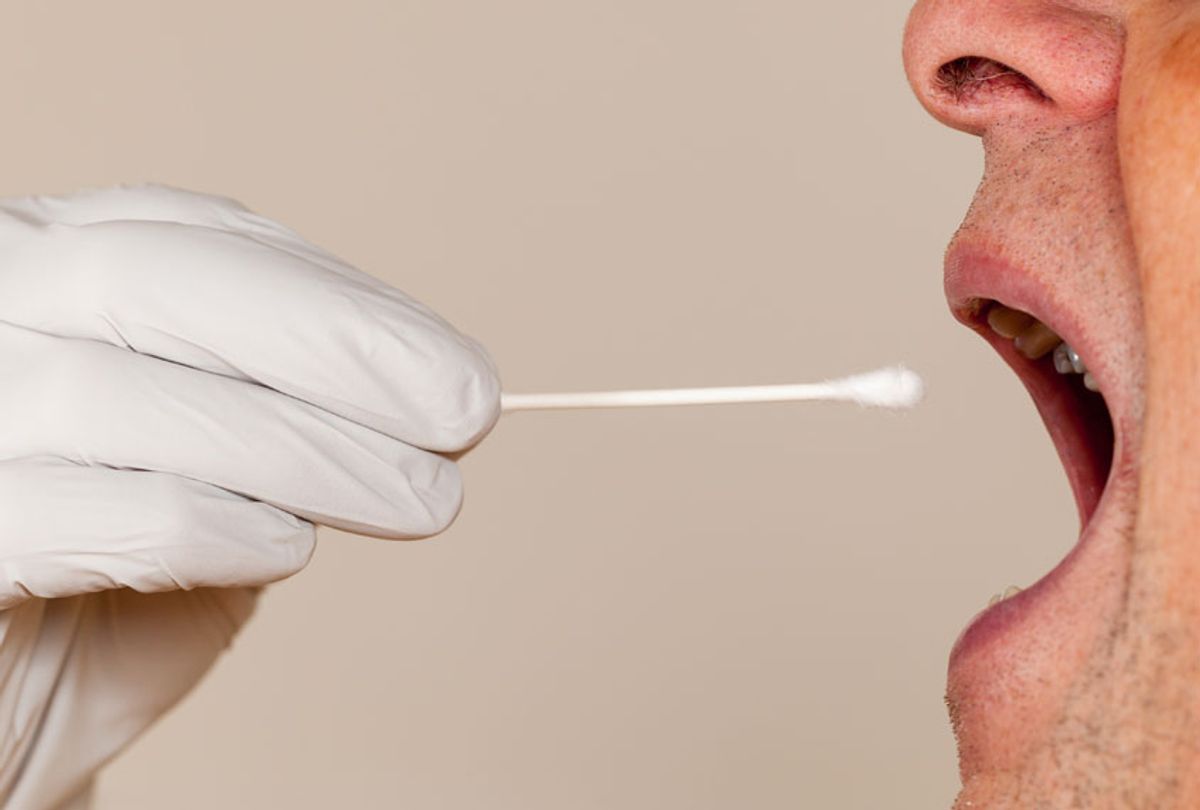 It's a tale as old as time. Boy meets girl. Girl has baby. And then the finger pointing ensues. Centuries ago, you could call on St. Anthony to perform a miracle, as one famed myth goes, and an infant would declare for himself who sired him. A 1943 suit from an ex-lover against Charlie Chaplin brought the blood test into public awareness and helped change American paternity law. And today, "Who's the father?" disputes are settled via rolling paternity trucks, on daytime television, and kits you can buy at Walmart.

As Barnard professor Nara B. Milanich reveals in her fascinating, frequently jaw-dropping book "Paternity: The Elusive Quest for the Father," the question of "true" parentage — and often, by extension, "true" race and citizenship — has nagged us forever. The quest for answers has been a tool for social justice, and a weapon of misogynists and racists.

Milanich and I spoke recently via phone about the human stories at the heart of a moral mystery that science is only partially equipped to answer.

This was not the book you really necessarily first intended to write. You were researching something else.

It was going to be something to do with Latin American family law and how family law has been shaped by politics over time. I landed upon these strange medical treatises from the 1930s about how to establish paternity through dental records or fingerprints. As a historian of family and childhood, I was interested in where the idea came from in the first place, that paternity is a biological quality on the body of the parents in the putative child. It took me in a radically different research direction. We didn't really know anything about the history of genetic testing, how it's been used and what the impact of those technologies has been more broadly in our thinking about family and sexuality and childhood.

You take each chapter as its own separate unit about where the conversation around parenthood and motherhood and fatherhood was at a time, for example, the Nazis and the Aryan imperative.

Historians talk a lot about methodology, like how you do research and how you analyze sources. They talk very little about narrative, which is why so much of academic and history writing is so excruciatingly painful to read. From the very first time I presented on this in a little workshop and the Barnard Institute for Research on Women, I realized there's a broad public interest in these issues. Everybody has a DNA story or knows somebody who has a DNA story. It's really through stories that we see how they actually matter on the ground. There were dozens of other stories I could have told. Twentieth century medical and legal materials are just limitless. They're truly limitless.

I don't claim the book is the exhaustive history of paternity testing in the 20th century. But I do claim that they are broadly representative of certain ideas.

How do we know anything about the human experience unless it's through storytelling? What happens in a moment in human history when the fears, the insecurities of "Is my baby my baby?" actually start to be able to be tested?

Exactly. It self-recapitulates how we even think about questions of identity and parentage because it seems to me the same old storyline of the orphan who doesn't know who his parents are, or the mother concerned that her child had been switched at birth. These are literary tropes that have been with us forever.

I took advantage of that trope by telling these stories of secrecy and revelation, of uncertainty turned to certainty and truth. That whole narrative is so much part of how we think about identity. It's specific to a particular cultural worldview. I don't think that everybody in the world always thinks about identity and parentage and origins, but that's very much part and parcel of Western culture. It's something that can be concealed or blocked, but then miraculously can come to light. That trope predates science. But science introduces a new and exciting character into the story, a plot twist to that narrative.

It's a choose your own adventure situation with paternity. On the one hand, there is with the advent of testing the opportunity for justice for mothers and for children. But this is also how you prey on fears of, "My woman is unfaithful." "My child is not just not my child, but a child of a different race."  "I belong here; I don't belong here." Those are the narratives that you really chose to focus on, including men who accused their wives of duplicity. And you see the history of then how that becomes exploited under the Third Reich.

The gender politics of paternity have turned out to be really complicated. Genetic testing, paternity testing, can be a boon for women and children. It can be a boon for hardline, misogynistic men's rights folks. These technologies can be embraced by Nazis, but they can also serve the Argentine grandmothers in their search for social justice. There's no intrinsic politics to genetic testing. It really is more the politics of their context. That's an important lesson to remember. There's no such a thing as an apolitical techno fix. Technology itself maybe be neutral, but as soon as you put it into play in the real world, it's like a tofu. It may have no flavor itself, but you put it in the sauce of society...

That is exactly what it's like. It can go in so many different directions. I did not realize that paternity testing had been so deeply embraced and espoused by men's rights activism. It feels like it was almost from the beginning seen as a way of empowering men and empowering husbands before it became embraced as a potential avenue of justice for mothers and children.

It really depends on the social and political context. Even in the 1920s, there were women's rights groups and children's rights groups interested in a genetic technology to find fathers. In Latin America, where historically paternity suits had been prohibited, you could not, as an illegitimate child, go to court in many countries and have a fair shot at establishing the identity of your father. The reason for that was a whole discourse about scandal — we can't have these scandalous public suits about illicit sex. We can never really know who the father is, et cetera, et cetera, et cetera.

That's the kind of way that paternity law works in Latin America to the tremendous detriment of large numbers of children as well as their mothers, because there were very low rates of marriage and very high rates of illegitimate birth. Lots of illegitimate children are cut off from support from their fathers, where mothers are exclusively responsible for their children. And we are talking about the 19th and going into the 20th century. In that context, a genetic test that can tell who the father is, it's potentially a feminist revolution — potential being the operative word. It could flip the whole legal system on its head. You can no longer make the claim that you can't know the father. That history helps to explain why now there are these so-called responsible paternity policies that are supported by the state and in places like Costa Rica and Brazil that say, "We're going to pay for DNA testing. It's critical to establish who the father is; it's all in the best interest of the child, and this is a way to attack child poverty and female poverty." You can have that kind of argument, because of the history of how paternity has been understood in Latin America and the history of family.

That explains why genetic testing in Latin America is held up as an instrument of feminist policy and child welfare policy. But in other places it might have a completely different set of meanings. We have these examples of men's rights groups, whether in the contemporary U.S. or in Vienna in the 1920s, who think this genetic test is going to show how women are mendacious and promiscuous, and finally we have science to show what we wrongly suspected to be true of our of our women.

The fears around entrapment are so vast and interesting, and the tabloid-ism around that and around who gets justice.

The analogy between family and nation, to which you can belong or be expelled, is really important to write. These genetic technologies have been used in immigration law as in family law to establish someone's right to belong in that in the collectivity, whether against the nation or the family.

You begin the book with this concept of filius nullius, "child of no one." Now we have this place where because of science and because of technology, the concept of who is a father is more fluid than it's ever been. How do we even begin to look at it? You mentioned Scalia awarding a child to the non-bio parent. And the Baby M case famously was a story of, "Who gets to be the parent and is it biology or is it not biology?" There's no real line in the sand after all of this testing, where maybe it doesn't even matter.

For the whole 20th century and arguably even before, people thought the problem was that we don't yet have a technology capable of establishing the biological father with certainty. That really only happens with DNA in the '80s — and especially the '90s with its commercialization. The search for that technology kind of stalled all of these ethical, existential, economic tensions.

And now that we all have that technology in our hands and in our homes. That is such a powerful loaded weapon. You just hear every day stories of people going on 23andMe and discovering something that they had not at all bargained for. We are at a point now where it feels like the science has greatly outpaced our moral understanding of these concepts.

There's nothing new under the sun, but one thing that I think really does change is access. Not the technology itself specifically, but the commercialization. In the past, even when there were blood tests that could show that the husband wasn't the father of the child, doctors were very reticent about making these tests available to any person who walked through their lab. They felt that these technologies could undermine the social order. They felt that they might be the avatars of scientific truth, but at the end of the day their real obligation was to social order, morality, marriage, social peace, family peace over and above some notion of biological truth. Today we see that calculus is flipped on its head. The doctors and courts do not regulate people's access to these technologies.