Is there really a significant boycott brewing over Disney casting Halle Bailey as Ariel? It's doubtful 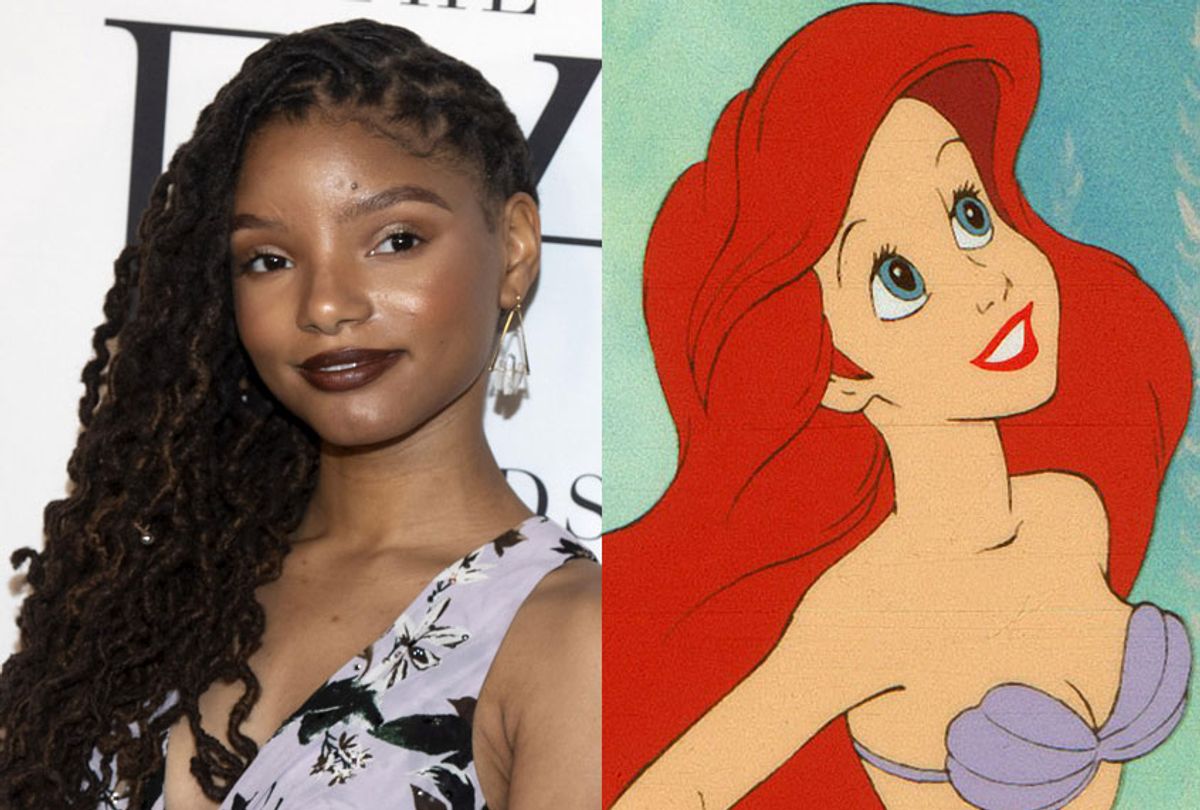 Over the weekend, a Facebook group called “Christian's Against the Little Mermaid (Boycott Halle Bailey)” reached over 50,000 members.

This group was ostensibly created in response to the July 3 announcement that Halle Bailey, half of the sister duo Chloe x Halle, would be playing Ariel in the upcoming live-action remake of Disney’s “The Little Mermaid.” Bailey would be the first black woman to portray a princess in one of the studio’s live-action films, as well as only the second black princess in Disney’s 95-year history; the first was Tiana of the 2009 animated film “The Princess and the Frog.”

“Disney has been ruining our childhood classics for the past several years. Their live-action adaptations have been abysmal but now they have gone too far!!!” reads the group’s welcome message. “Disney has jumped on the bandwagon of turning prominent red headed, fair skinned characters into POC. Why not just create a new character? Why is Hollywood trying to wipe out gingers???”

Over 10,000 new posts have been made in the group today, and nearly as many have been made elsewhere, on Facebook users' own timelines, about the group itself — mostly expressing shock or disgust that such a group even exists.

But the group’s origin story has some holes. Clicking into its history — which is publicly viewable — Facebook shows that “Christian's Against the Little Mermaid (Boycott Halle Bailey)” was actually created in July 2017. But at that point, the group was called: “Love, compassion, & understanding.” (Credit to Hemant Mehta of the Patheos blog The Friendly Atheist for surfacing this information.)

In January 2019, it was renamed, “Boycott Super Bowl LIII;” several months later, “Muhammad Ali Memorial.” Then finally on July 4, the day after Bailey’s role as Ariel was publicized, it was finally changed to “Christian's Against the Little Mermaid (Boycott Halle Bailey).” The groups's Facebook address is www.facebook.com/groups/cosmodinardo/. Cosmo DiNardo is a man from Pennsylvania who, in 2017,  pleaded guilty to four counts of murder and was sentenced to four consecutive life sentences.

Over the weekend, hashtags like #BoycottAriel and #MakeLittleMermaidWhite began trending on Twitter, and several media outlets published pieces about racists who were outraged that Bailey had been cast. In response, thousands of people expressed their support for the casting, as well as their own anger at the racist opposition.

Then two days ago, Freeform, a Disney network, tweeted an explanation addressed to the “poor unfortunate souls” who were upset about the casting choice detailing how a black Danish mermaid could, in fact, have red hair.

No doubt there are outspoken racists who are as outraged about the casting as they are about any pop culture news that centers black performers and characters. But are they really leading a significant backlash — with threat of an actual boycott — to Bailey's casting?

More likely, the racist outrage of those “poor unfortunate souls” largely has been manufactured by bots and trolls with sketchy online presences, much like the aforementioned “Christian’s” Facebook group.

For example, the July 5 BET article, “Racists Are Big Mad That A Black Girl Is Playing Ariel In ‘The Little Mermaid'” points to six Twitter users who made racist comments about the casting choice.

“The little mermaid was written as white, was white in the film, is based in Denmark and based on a European fairytale, but is cast as black... How is this not racist and cultural appropriation? If this were the other way round, those celebrating would be boycotting,” wrote a Twitter user called Rhys.

But who is "Rhys" exactly? The user’s profile picture is a stock image of an older white man (one that has been turned into the “Hide The Pain Harold” meme), and the bio reads: “Just your standard evil white man.” Since joining Twitter in 2018, Rhys has tweeted twice — including the “Little Mermaid” tweet — and has five followers.

Another tweet cited in the article — employing the grammatically odd phrase “Refuse her to become black!!" — comes from an account that seems to mass-tweet error-riddled requests to change popular movies, like “Captain America” and “Avengers: Endgame.”

On July 6, MSNBC host Joy Reid broadcast a segment called “Why Disney made the right choice casting Halle Bailey as 'The Little Mermaid,” in which she displayed a tweet by a user called Stephanie Renee.

“My children were raised with Ariel. She's an icon in the eyes of many children & adults of today. To change her race is absurd,” Renee wrote. “That would be like someone making a movie about Opra Winfrey, and hiring a white girl to play Opra. Opra is an icon. We wouldn't want to change her.”

The statement is ridiculous and offensive ("Opra"?!). It's hard to say how invested Stephanie Renee is in "The Little Mermaid"; the majority of the account’s activity consists of constant retweeting of high-traffic political tweets, mostly of the anti-Trump variety, and trolling right wing media personalities.

Take a closer look into the accounts behind viral racist tweets complaining about the “Little Mermaid,” and the narrative begins to crumble further. Last week, Buzzfeed’s Brandon Wall pointed out that one of the most shared tweets, in which a young white woman posted she was going to toss out her copy of “The Little Mermaid” in protest, was a patchworked amalgamation of images stolen from Pinterest and YouTube.

What's the point of all this trolling? To anger well-meaning people, most likely, which then causes the offending hashtags to trend after a wave of protesting tweets.

It wouldn't be the first time. In 2015, following the release of the trailer for “Star Wars: The Force Awakens,” outlets ranging from "The Daily Show" to USA Today — and yes, Salon — ran stories about an impending boycott of the film by those who felt that, with its diverse cast, it was “anti-white.”

But according to an article by Mashable reporter Josh Dickey, the majority of the people tweeting about the boycott were not part of it; according to a statistically relevant sample examined by Fizziology, a social media analytics firm, 94 percent were “merely expressing outrage over [the campaign's] existence.”

“The other 6% were ‘racist trolls trying to get people mad,’” the firm told Mashable. Scroll through Twitter and the ratio in the #MakeLittleMermaidWhite case looks pretty similar.

This time around, most media outlets haven’t taken the bait — save a few listicles of troll tweets and brief roundtable commentary on daytime TV. Thus far, Freeform's response to the perceived haters has gained more traction than anything else. But when scrolling through the thousands of user responses to #MakeLittleMermaidWhite, it’s evident that many well-meaning social media users believe, regardless of the relative scarcity of media amplification, the founders of this movement are formidable opponents.

That’s why 10,000 people posted this weekend in “Christian's Against the Little Mermaid (Boycott Halle Bailey)”; while some truly racist individuals used the online space as an opportunity to spew bigotry, an overwhelming majority of the comments were in opposition to the apparent purpose of the group.

Digital literacy is hard, especially when, as Dickey writes, there are online groups on forums like 4chan “where baiting ‘Social Justice Warriors’ into outrage mode is something of a bloodsport” and no opinion is too vile for a dedicated trolling account to promote. Are some racists mad? Undoubtedly — and always, about something. That's what makes it so hard at times to tell the actual racist public sentiment that calls for opposition from faux outrage manufactured for laughs. Unfortunately, there is no limit to these types of accounts, but non-trolls can limit the power and reach of their messages by refusing to validate their campaigns as legitimate public-opinion campaigns.