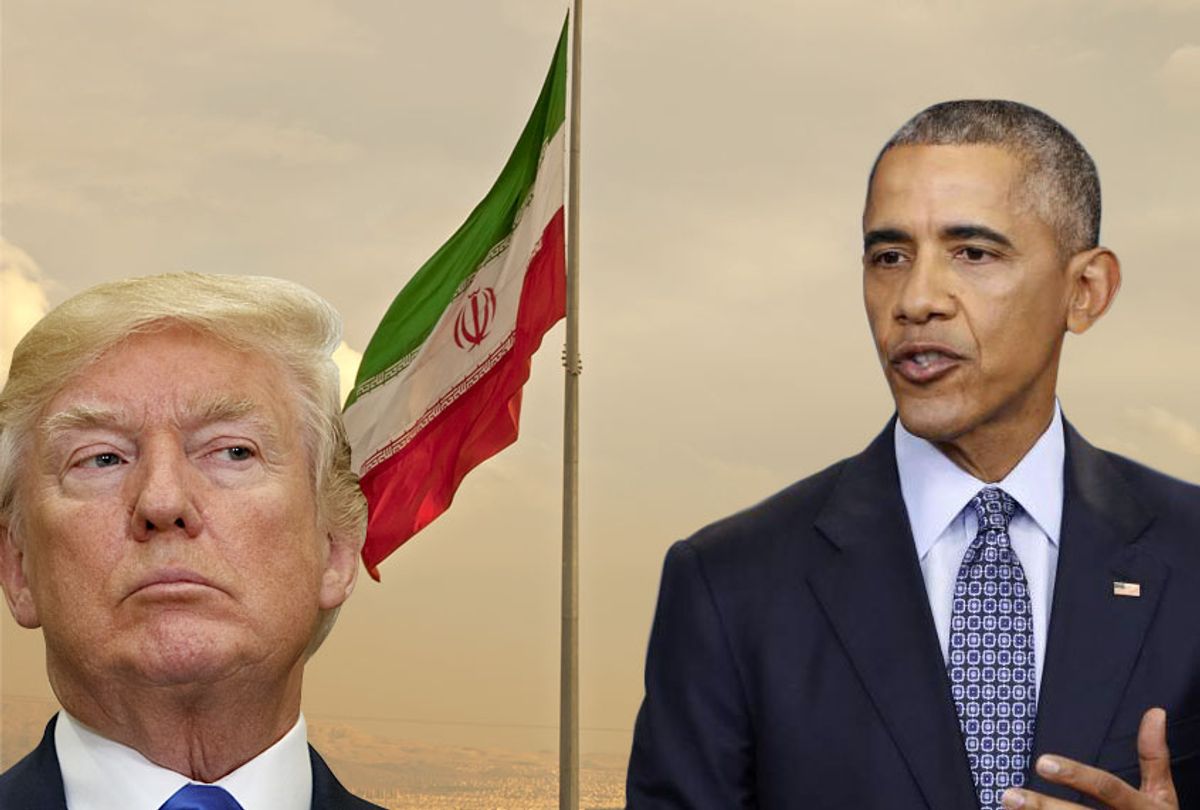 Iran announced new measures on Monday, which if implemented would further move the Middle Eastern nation away from the 2015 nuclear deal that was a cornerstone of former President Barack Obama’s foreign policy legacy

Iran said it is considering reviving its deactivated centrifuges and increasing the purity of its uranium to 20 percent, both of which would further move the nation away from the pacifying terms it agreed to in the 2015 nuclear deal struck by Obama, according to Reuters. Although the agreement was abandoned by President Donald Trump last year, Iran has previously only moved piecemeal to violate the terms of that agreement. Its latest announcement raises questions about the extent to which already increased hostilities between the U.S. and Iran could further simmer.

That said, Iran did not mention how far it would be willing to go in a potential return to the pre-2015 status quo, when it had the capability of building a nuclear bomb within months.

Trump's foreign policy toward Iran has received wide attention as the president has continued to reverse Obama's policies toward the country. Last month the president claimed during an interview that he had restrained one of his more hawkish aides, national security adviser John Bolton, from a violent retaliation after Iran shot down an American military drone.

In January, however, Trump criticized members of his own intelligence community for being too soft on Iran, suggesting they had allowed the nation to wreak havoc in the Middle East until he assumed office.

"The Intelligence people seem to be extremely passive and naive when it comes to the dangers of Iran," Trump wrote in a pair of tweets. "They are wrong! When I became President Iran was making trouble all over the Middle East, and beyond. Since ending the terrible Iran Nuclear Deal, they are MUCH different, but a source of potential danger and conflict. They are testing Rockets (last week) and more, and are coming very close to the edge. There economy is now crashing, which is the only thing holding them back. Be careful of Iran. Perhaps Intelligence should go back to school!"

Former CIA chief John Brennan responded to the president by tweeting, "Your refusal to accept the unanimous assessment of U.S. Intelligence on Iran, No. Korea, ISIS, Russia, & so much more shows the extent of your intellectual bankruptcy. All Americans, especially members of Congress, need to understand the danger you pose to our national security."