Trump's latest war on reality: Cover up the concentration camps

Despite ample evidence of inhumane conditions, Trump and his minions are ready to roll out "alternative facts" 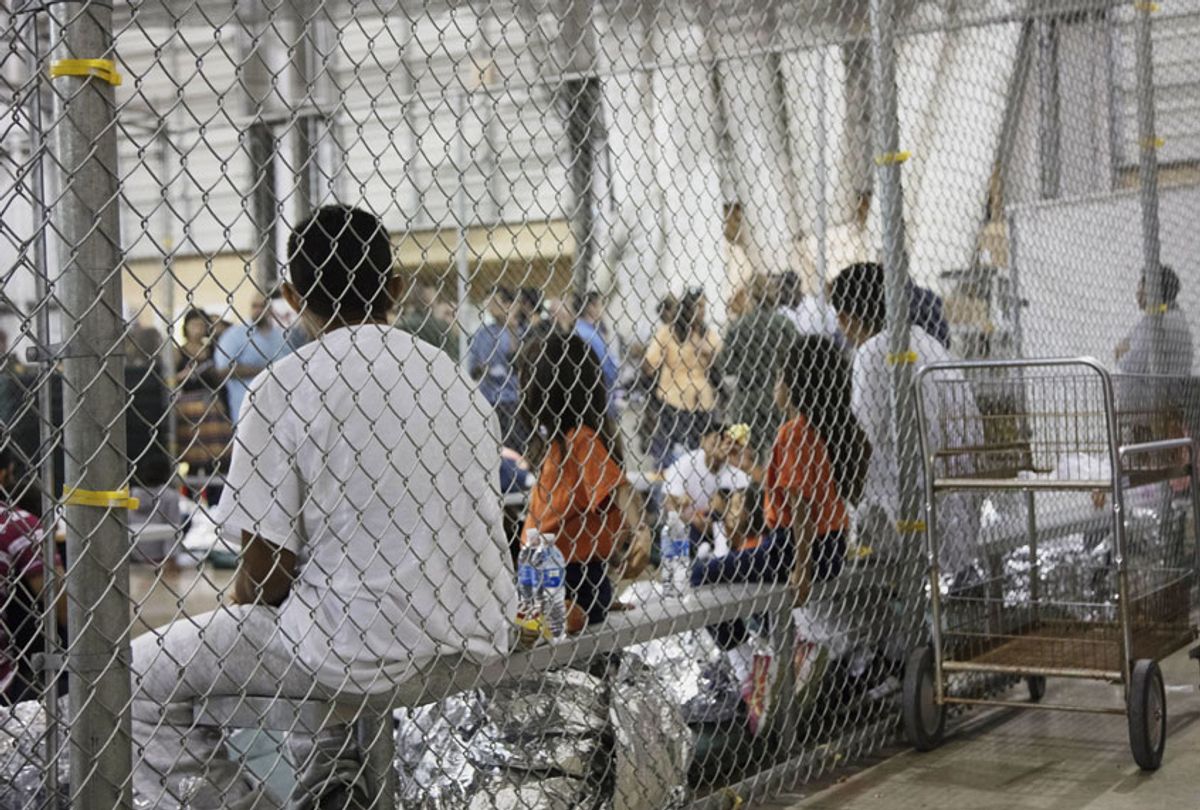 There was a time in the early days of Donald Trump's administration when the president went to some lengths to pretend to care about children. You may remember that early, rambling press conference in the White House in which he expressed his great empathy for the Dreamers, the undocumented immigrants brought to the U.S. as children, who grew up knowing no other country.

We are going to deal with DACA with heart. I have to deal with a lot of politicians, don’t forget, and I have to convince them that what I’m saying is right. And I appreciate your understanding on that. But the DACA situation is a very, very — it’s a very difficult thing for me. Because, you know, I love these kids. I love kids. I have kids and grandkids.

You will also recall that when congressional Democrats and Republicans hashed out a deal for $25 billion for his idiotic wall in exchange for a path to citizenship for those "kids" he loved so much, Trump stalked off, never to revisit the negotiation again.

Maybe you also remember that when pictures were flashed all over the world of Syrian children who had been gassed with chemical weapons, Trump's alleged outrage was used as justification for his first attack on a foreign country. He was very emotional about it. "I think it’s an affront to humanity. Inconceivable that somebody could do that,” Trump told the New York Times. “Those kids were so beautiful. To look at those scenes of those beautiful children being carried out.” At a press conference with Jordan's King Abdullah, Trump went on and on about the  "innocent children, innocent babies, little babies."

He put on quite a show. I think people may have even believed it.  But I suspect that in those early days, Trump still thought that he could be hurt by policies or news stories that made him appear cruel and callous. At some point, he discovered that he can deny that any of it is true, yell "fake news" and demand that everyone believes him instead of what they're seeing with their own eyes. And it appears that about 40% of the population is more than willing to do that.

Right now we are dealing with a nightmare at our southern border. The government is essentially torturing children and their parents who have come to seek asylum from frightful conditions in their home countries. Trump likes to take credit for ending the family separation policy that appalled the nation and the world some months back, claiming that it was a policy he inherited from President Obama and stopped when he heard about it. (That is a lie.)

But there are still thousands of children who are in U.S. custody far beyond the time it should take to process them and get them to the relatives they almost always have waiting for them somewhere in the country. And it's impossible to ignore the fact that punishing these kids is part of the plan to "deter" refugees from seeking asylum. Some of them are dying. Others are being traumatized. All of them are being held in conditions no civilized country would even allow hardened criminals to endure.

The New York Times described it this way in a long investigative article published over the weekend, reporting from the now notorious camp in Clint, Texas:

Outbreaks of scabies, shingles and chickenpox were spreading among the hundreds of children who were being held in cramped cells, agents said. The stench of the children’s dirty clothing was so strong it spread to the agents’ own clothing — people in town would scrunch their noses when they left work. The children cried constantly. One girl seemed likely enough to try to kill herself that the agents made her sleep on a cot in front of them, so they could watch her as they were processing new arrivals.

That is just one of dozens of stories, including the reports from attorneys and doctors who inspected the station in late June and said they found about 250 babies, children and teens locked up for weeks without adequate food, water and sanitation. (The CPB moved most of the kids out of the Clint facility when that story broke and then moved about 100 of them back in shortly afterward.)

Interviews with doctors who have been allowed in the camps are difficult to read, as they describe the physical and psychological damage these kids are enduring. A Department of Homeland Security inspector general visited five facilities in Texas in June and issued a report saying that children had few spare clothes and no laundry facilities, and that children at two of the five facilities in the area were not given hot meals until inspectors arrived.

The president who claims to love children so much had this to say:

In that tweet, of course, Trump inadvertently makes their case for asylum. If this persecution is better than what these people say they are escaping, they have a legitimate claim.

Our president also has a solution:

Children don't make this decision. For all of his crocodile tears for kids and "little babies," Trump is quite content to let all these children suffer so he can "send a message" to their desperate parents.

There are dozens of witnesses to these events. Major papers have done in-depth investigative reporting, including interviews with Border Patrol agents who have been involved with these facilities for years. Even though authorities have refused to allow cameras into the facilities and the only photos are those that have been smuggled out, there is no doubt this is happening. The inspector general admitted it.

Yet over the weekend, the acting director of Homeland Security, Kevin McAleenan, said on ABC that he did not accept reports of unsanitary conditions and limited food and water. He claimed that the issues of overcrowding have been dealt with and there are far fewer kids in the camps than there were last month.

Coincidentally, Trump has suddenly decided he wants to open some of them up to the media. He announced on Sunday, "What we're going to do is I'm going to start showing some of these detention centers ... to the press. I want the press to go in and see them."

It would not surprise me in the least if officials have managed to move out most of the kids and cleaned up some of the camps, Potemkin-village style. (It's a tried and true trick in the concentration-camp business.) Once in a while, Trump's assault on reality requires him to prove himself. I'm sure there will be pictures of smiling, healthy little kids eating ice cream and playing with toys.

Meanwhile, at another border town, the misery is compounding:

I think that's probably the goal.