"Tariffs operate exactly like taxes – on you." And there's more. 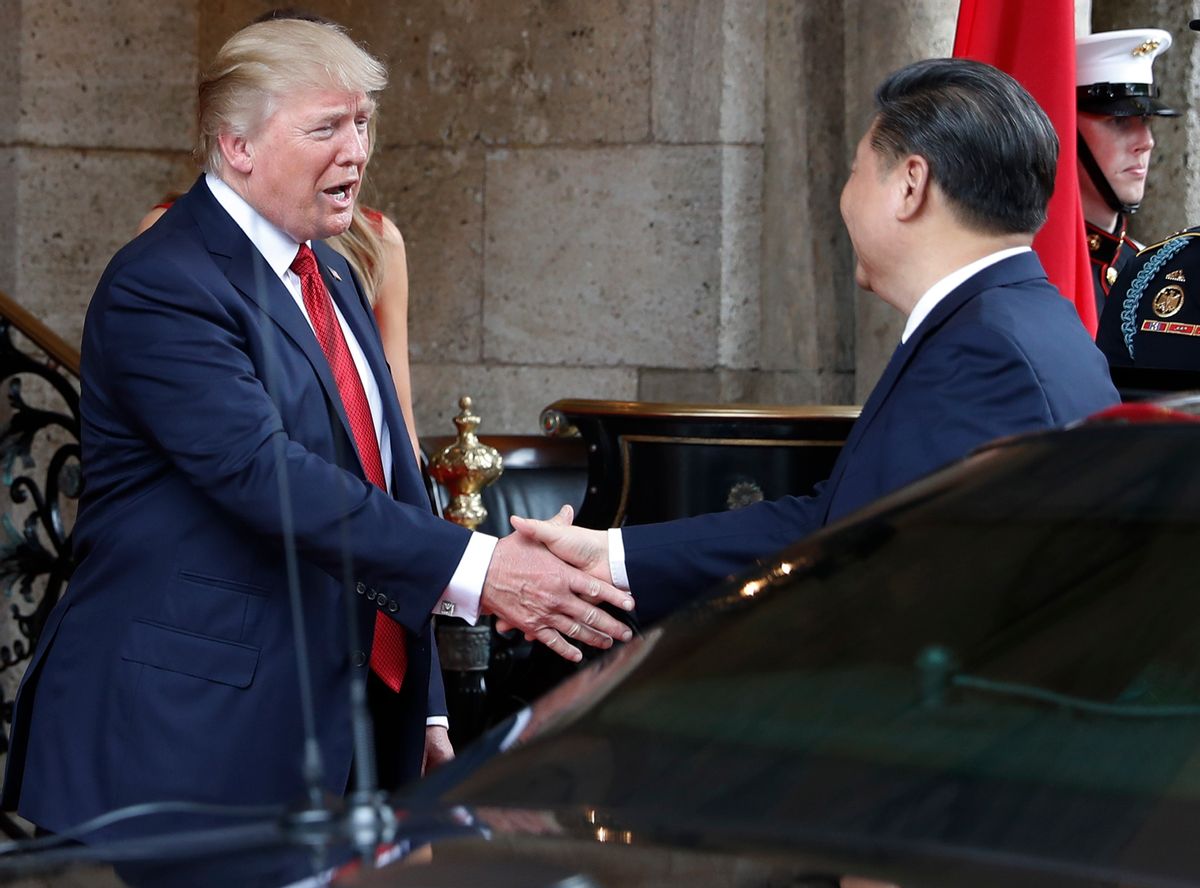 FILE - In this Thursday, April 6, 2017, file photo, President Donald Trump shakes hands with Chinese President Xi Jinping as he arrives before dinner at Mar-a-Lago resort, in Palm Beach, Fla. In recent weeks, Trump has moved away from his tough campaign rhetoric on trade. Trump's threat to slap harsh tariffs on Chinese goods has given way to a bid to mend fences with Beijing. (AP Photo/Alex Brandon, File) (AP)
--

It’s bad enough that the Trump administration has now imposed tariffs on America’s closest trading partners – because those tariffs will raise prices on everything from clothing to cars.

Even worse — and this will come as no surprise — Trump and his enablers are lying about the consequences of these trade wars.

First, a bit about tariffs: Tariffs operate exactly like taxes – on you.

Trump claims that “tariffs are… being paid to the United States by China…“ That’s baloney. Average Americans end up bearing the financial burden.

When the U.S. imposes tariffs on a country, like China, that raises costs for companies doing business there. And then those companies pass on their increased costs to you in the form of higher prices, as even Trump’s own economic advisor Larry Kudlow acknowledged .

Trump’s tariffs are tantamount to one of the biggest tax hikes on Americans in recent history. The latest round of 25% tariffs on Chinese imports will cost U.S. households $106 billion a year, or $831 for the average family.

And this tax increase is regressive, taking a bigger bite out of the incomes of average working families than the rich.

I haven’t even mentioned the costs to American workers of losing their jobs because China and other nations subject to Trump’s tariffs retaliate by raising tariffs on our exports to them.

Here’s another lie they’re trying to push: Trump’s chief of staff, Mick Mulvaney, claims that tariffs aren’t paid by American consumers because ”it’s relatively easy to substitute other goods” from other countries. Mulvaney also predicts a jump in U.S. production of consumer goods to fill the gap.

This, my friends, is total rubbish.

It’s not at all easy to substitute other goods at the same low prices as we can get them from Mexico or China. Companies have chosen these countries as their supplier not because the companies like the weather or food, but because it’s cheaper to make or buy stuff there than elsewhere.

There won’t be a jump in production here in the U.S. “to fill the gap,” because if it becomes too expensive to make or buy in China or Mexico, American companies will switch production to somewhere else that’s not as cheap as China or Mexico but still cheaper than making things in the United States – say, elsewhere in Latin America, or in Southeast Asia.

Know the truth about tariffs – and spread it.