Trump's followers will high-five each other if the Affordable Care Act goes down. But probably not for long 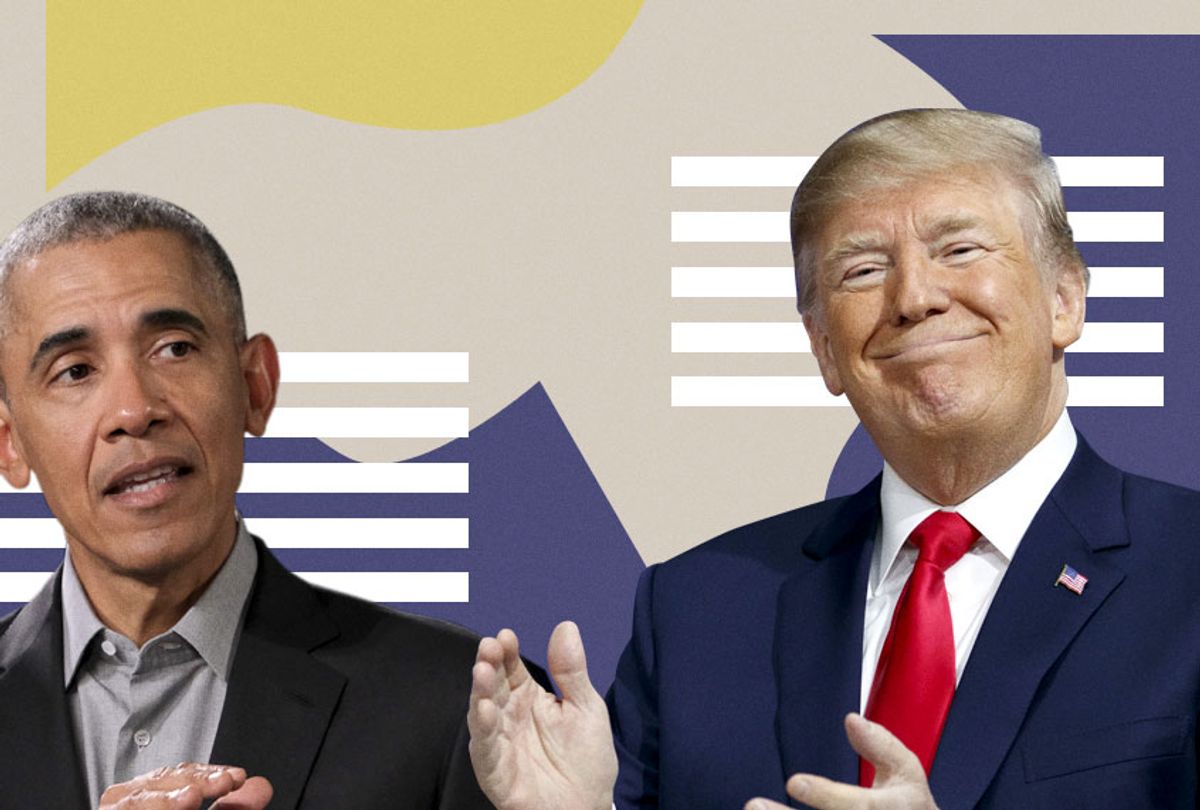 Hang on tight. On Tuesday, the process of immolating the Affordable Care Act will have its first day in court following a controversial ruling last year by a federal judge in Texas.

Back in December we learned that Donald Trump has decided to allow the courts to kill the Affordable Care Act, primarily because cruel whimsy is the official agenda of this president’s administration. Obviously. In case you’re just joining us, this particular series of unfortunate events began with the aforementioned controversial ruling handed down by Judge Reed O’Connor, ludicrously striking down the entire Affordable Care Act as unconstitutional.

O’Connor, a George W. Bush appointee, decided that since the individual mandate had been repealed, the rest of the ACA no longer functions and should therefore be stricken from the U.S. Code. Legal and health care experts have argued that O’Connor didn’t know what the hell he was talking about. Of course they’re right.

Yes, the mandate was a key component of the law, but only as it applied to forcing private insurance companies to enroll customers with pre-existing conditions at the same premium and co-pay rates as customers without those conditions. Additionally, revenue from the mandate helped to defer the cost of covering middle-class and lower-income customers who can’t afford to pay full premiums. It’s also worth noting that the mandate, as well as most of the law, began as a Republican proposal in the 1990s and was implemented by now-Sen. Mitt Romney when he was governor of Massachusetts.

The mandate and its repeal had nothing to do, however, with the lengthy series of consumer protections included in the law — protections that make health insurance better for all Americans, irrespective of whether they purchased policies through their employers, the individual marketplace, the healthcare.gov site or the state exchanges. I repeat: If you enrolled in a new insurance policy through your employer or on your own, or if you’re getting health care through Medicare or Medicaid, you’re protected by the following ACA benefits, and many others.

Again, the mandate wasn’t tethered to any of these provisions, and each one stands on its own. The fact that Judge O’Connor’s misinterpretation of the law is also the Trump position is frustrating but predictable, since nothing makes sense and life-and-death decisions are being made by the administration and its disciples with the singular goal of trolling those of us who are still attached to the truth.

Nevertheless, it’s about time more defenders of the law, especially the Democratic presidential candidates, expanded their talking points to include some of these other benefits, and the fact that losing them would be catastrophic for millions of Americans.

Trump’s vague plan, if you believe him, is to start from scratch, writing a new law that requires insurers to cover pre-existing conditions. The president and Mitch McConnell can do it, for now, but whatever replacement plan they cook up will very likely allow the for-profit industry to charge as much as it wants in premiums, co-pays and other out of pocket expenses. The ACA, on the other hand, includes across-the-board limits on those expenses, irrespective of how you purchased your insurance. Yet a ridiculous number of Americans have no idea how their own coverage works in the first place, much less distinctions in coverage like this.

Bottom line: Don’t believe anyone with an “R” after their name when it comes to promises about retaining coverage for pre-existing conditions. The Trump-Republicans are getting ready to screw millions of Americans with their pants on.

Let’s say the ACA is repealed in court. You might still get coverage if you’re sick or injured — maybe, eventually, and only if McConnell allows such a law to pass. But enrollees are destined to pay thousands more in premiums and co-pays for pointless, junky coverage. Mission accomplished on covering pre-existing conditions, but at the expense of pricing millions of Americans, including Trump voters, out of the marketplace. Oh, and none of the above listed protections will exist any more.

As Texas v. U.S. heads to the Fifth Circuit Court of Appeals on Tuesday, it’ll be fascinating to discover whether some of these facts will make it before the judges. Frankly, I don’t know who will present this contravening information, given the perverse circumstance that both the state of Texas and the United States government will be arguing against the law. So it’s unlikely the appeals process will include a thorough review of the law’s highlights.

The other prong that will surely get ignored is that despite O’Connor’s imbecilic ruling, despite Trump’s constant lying about the ACA and despite the repeal of the mandate in late 2017, health insurance enrollment remains strong.

How do we know enrollment through the ACA exchanges is strong? The Trump administration said so.

“Another year of stable enrollment through the Exchanges directly reflects the strong work CMS staff put into ensuring that Exchange consumers experience a seamless enrollment process free from unnecessary hurdles and IT glitches,” said Administrator [Seema] Verma. “It is no coincidence enrollment remained strong when the Exchange call center maintained a record high 90 percent satisfaction rate and no waiting rooms were needed in the final, busiest days of enrollment.”

Enrollment in 2018 was around 11.4 million, only slightly down from the 11.8 million enrollees in 2017. That’s shockingly good considering the confusion resulting from O’Connor’s ruling, and certainly when contrasted with Trump’s fake horror stories about the ACA. Furthermore, while premiums in previous years have gone up, premiums for 2018 actually went down by a hair:

... average monthly premiums for plans purchased through HealthCare.gov before taking advantage of advanced payments of the premium tax credits available to eligible consumers was $612, down from $621 for the previous open enrollment period (OEP). After these advanced payments are applied, the average premium was $87 compared to $89 for the prior OEP.

There are definitely still improvements to be made to the law, including the addition of a public health insurance option to stir up competition, but given the enrollment numbers and premium rates, Judge O’Connor and President Trump are both dead wrong about repealing it. Of course, they don’t really care whether they’re right or wrong on the facts, all they care about is sticking it to Barack Obama and punishing Democratic voters no matter what, even though repeal will negatively impact millions of Americans, including millions of Trump voters, with another presidential election just around the corner.

Of course it would make sense to repeal a law that doesn’t work. But the ACA is actually working well according to both outside experts and Trump’s own people, contradicting Trump’s lies and the relentless Fox News fear-mongering.

Thumbing their noses at reality, Trump’s fanboys would rather pay exponentially higher rates for crappier health insurance just to own the libs, ultimately owning themselves in the process. If the Justice Department, Judge O’Connor and the White House have their way, Trump supporters better have a modest fortune saved up to cover the cost of the ridiculously awful insurance they’ll be forced to buy after the ACA is torched. Many won’t be able to buy any insurance at all. That’ll show us libs, won’t it?