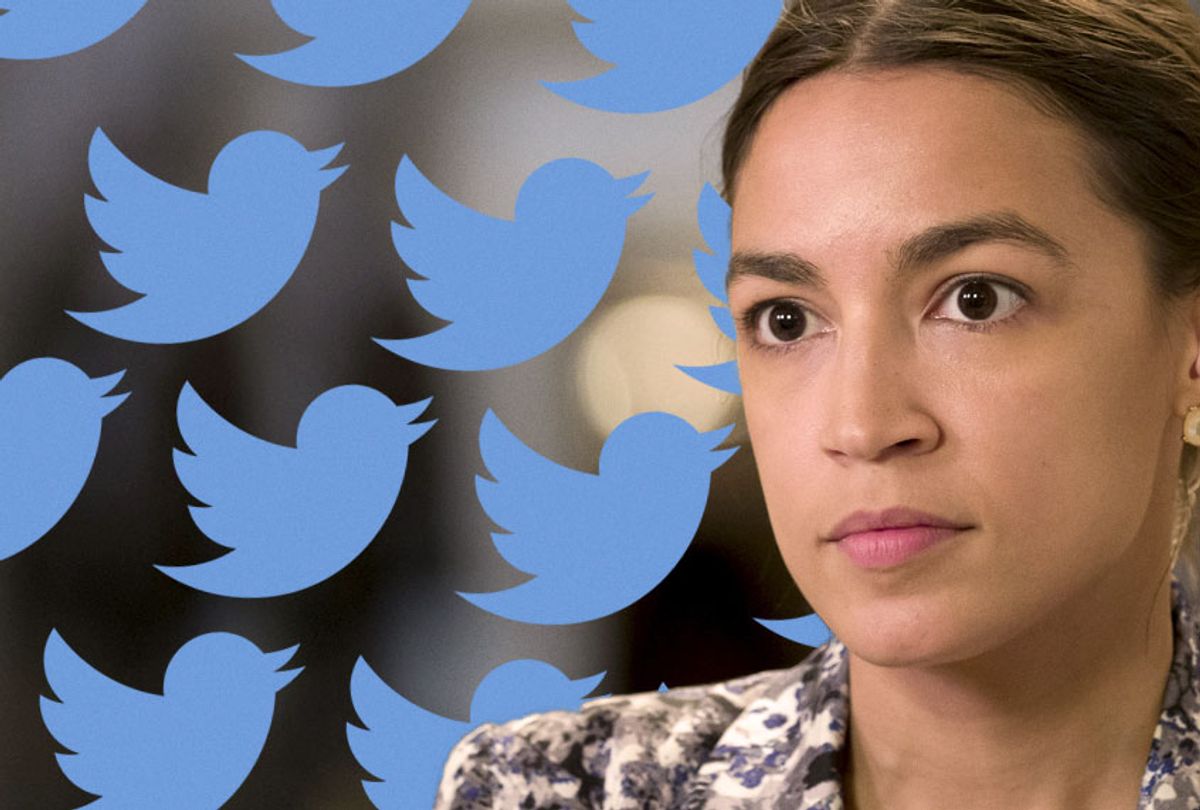 Rep. Alexandria Ocasio-Cortez, D-N.Y., is being sued by politicians from both sides of the aisle over her practice of blocking critics on Twitter.

A pair of lawsuits were filed on the same day that a New York–based federal appeals court ruled that President Donald Trump's effort to silence his critics on the social media platform violatesthe First Amendment. That suit was filed by seven private citizens, including a comedy writer, a physician-scientist and a university professor, all of whom had been critical of the president on Twitter and alleged that being blocked was "viewpoint discrimination." The court concurred, arguing that because the First Amendment grants citizens the right to express their opinions to their government officials, the president cannot deny his own citizens the right to speak to him.

In his decision, Judge Barrington D. Parker of the U.S. Court of Appeals for the Second Circuit wrote that "the First Amendment does not permit a public official who utilizes a social media account for all manner of official purposes to exclude persons from an otherwise open online dialogue, because they expressed views with which the official disagrees. In resolving this appeal, we remind the litigants and the public that if the First Amendment means anything, it means that the best response to disfavored speech on matters of public concern is more speech — not less."

In his lawsuit against Ocasio-Cortez, former New York state assemblyman Dov Hiklind, who like the congresswoman is also a member of the Democratic Party, noted that the practice of blocking individuals on Twitter had "recently been found unconstitutional." In fact, that ruling was upheld the very same day.

"Alexandria Ocasio-Cortez is a popular elected member of the United States House of Representatives. AOC maintains an active Twitter account with the handle @AOC. This is AOC’s verified Twitter account and is the account to which AOC regularly posts and engages in both news, events, political speech and advocates for her positions. AOC uses Twitter as an important public forum for speech," Hilkind wrote in his lawsuit. "In an effort to suppress contrary views, defendant has excluded Twitter users who have criticized AOC and her positions as a congresswoman via 'blocking.' This practice is unconstitutional and must end."

He added, "This very practice has been litigated with regard to President Donald Trump blocking individuals on Twitter, and has recently been found unconstitutional."

In a statement announcing the suit obtained by Fox News, Hilkind accused Ocasio-Cortez-Cortez of blocking him on Twitter, " because my critique of her tweets and policies have been too stinging."

"I'm suing AOC, because we need to be able to have a strong and vigorous debate between the parties, otherwise our fragile system of ideas and representation breaks down," Saladino said in a statement. "Though she is not in a position of power, she is the voice of her generation of Democrat voters and bigger than some of the presidential candidates."

In a tweet posting a picture of his legal claim, Saladino claimed that Ocasio-Cortez had "blocked me from viewing and engaging with her official twitter [sic] profile after I responded to one of her political posts."