"I Love You, Now Die" and what we think we know about teenage girls 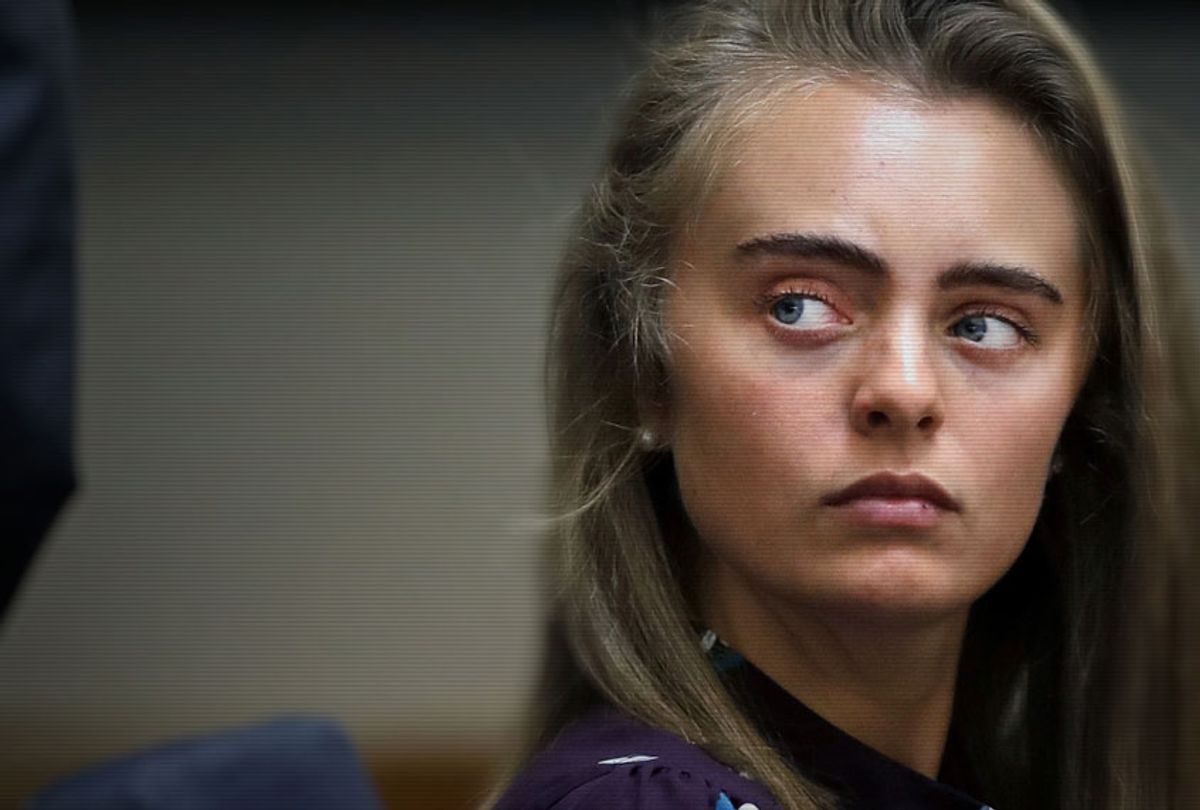 If you are in crisis or are experiencing difficult or suicidal thoughts, call the National Suicide Hotline at 1-800-273 TALK (8255).

The Michelle Carter case has all the elements necessary to be splashed on tabloid covers. Following a secret relationship conducted mostly via text, Carter — a beautiful, blonde suburban teen — urged her 18-year-old boyfriend, Conrad Roy, to purchase a portable generator and run it while he sat in his locked truck, which was parked in a Kmart parking lot in Fairhaven, Massachusetts.

Roy apparently became scared as the toxic fumes clouded his vehicle and exited the truck; Carter texted him to get back in. Then on July 13, 2014, Roy died by suicide.

When investigators eventually looked at texts on Roy’s phone, they found shocking messages from Carter: “Drink bleach. Just drink bleach,” “Why haven't you done it yet tho?” “If u don't do it now you're never gonna do it.”

As Carter was indicted in February 2015 — and arraigned the following day — on charges of involuntary manslaughter, the texts became public record, and a media firestorm began; one that filmmaker Erin Lee Carr examines in her latest HBO documentary, "I Love You, Now Die: The Commonwealth Vs. Michelle Carter." (The first of two parts aired Tuesday with part two airing Wednesday.)

Carr is a master of dissecting stories primed for sensationalism, pulling at the dominant narratives — which are often those easiest to tell and consume, built as they are on familiar tropes and formulas — and also, our collective hunger for them.

Her first film, “Thought Crimes: The Case Of The Cannibal Cop,” dug into the case of Gilberto Valle, an ex-NYPD cop who was convicted of conspiracy to kidnap after his wife found that Valle had spent time detailing plans to kidnap, rape and cannibalize several women on a number of fetish websites. In, “Mommy Dead and Dearest,” Carr explored the murder of Dee Dee Blanchard at the hands of her daughter Gypsy Rose Blanchard, a victim of Munchausen syndrome by proxy, and Gypsy's boyfriend Nicholas Godejohn.

These films and “I Love You, Now Die” are focused on people found to be vastly different than who they had presented themselves as in public: a police officer who secretly wrote online about putting women on a special rotisserie device, a loving daughter who lied about a disability and then compelled her boyfriend to stab her own mother, a pretty New England teen who quietly orchestrated a young man’s suicide.

This kind of dissonance could and often does make for easy storytelling, a variation of the “but he’s no angel” cliché. The characters could write themselves — cannibal cop, scam-artist murderer, teenage black widow — but in Carr's hands, they become more than what reductive headlines claim.

And while the overarching, twisting legal question in “I Love You, Now Die” is whether a person can kill someone with a text message, an interesting narrative also arises about the role our collective cultural perception of teenaged girls played in the case.

Throughout the court proceedings, Carter is portrayed as wholly apathetic to Roy’s death, someone who had manipulated Roy — who had history of social anxiety and depression — so that she could eventually play the role of “grieving girlfriend.”

There’s disturbing evidence to back up this point of view, to be sure. After Roy’s suicide, she immediately began texting girls from her school — girls with whom she had unsuccessfully tried to forge friendships, and who, when called to testify in court, classified Carter as incredibly clingy— for comfort. Given the tragedy, they comforted her. Texts show that Carter requested Roy make his last tweet to be about her.

At the time, former HLN commentator Nancy Grace declared, “She just did this for the attention.” And that is an easy narrative to distill and sell to an audience: Carter being an attention-obsessed blackhole of neediness just confirms what many believe categorically about teenage girls in general — Carter’s neediness just turned dark.

But in “I Love You, Now Die,” Carr tries, with some success, to push back on that simplistic characterization. Carter had suffered from a severe eating disorder and cut herself; she felt like a social outcast, despite the fact that, prior to her case, she was a stellar student and community member. As a 17-year-old, could Carter really be this manipulative femme fatale? Or was she also a child who, like Roy, needed help? Or is the truth found somewhere in the middle?

Something that stands in the way of fully fleshing out the answers to these questions is the fact that neither Michelle Carter’s family nor Carter (who is currently five months into a 15-month prison sentence) herself agreed to participate in the film, nor does she testify during the trial. While we hear from Roy’s parents, grandfather, sister and friends — who paint a picture of a tender, hardworking boy, and the emotional toll his loss took on their community — Carter’s characterization in “I Love You, Now Die,” is left to psychiatrists, reporters, her defense attorney Joseph Cataldo. But here, as in her past documentaries, Carr excels in extending a touch of humanity to characters whose stories otherwise would be defined by what can be splashed on the cover of a tabloid.