Siting family values, candidate bars reporter from his bus without a male escort for a 16-hour campaign day 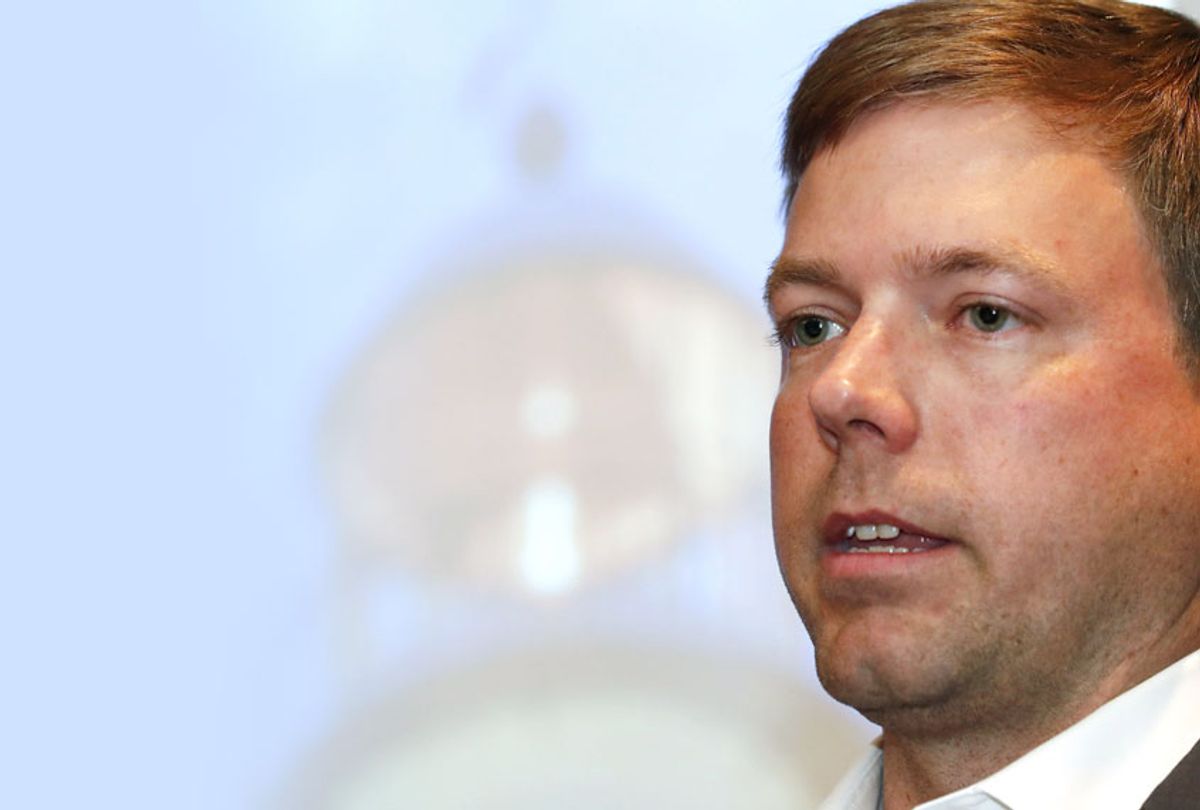 If constituents are curious to know more about a candidate’s views on social issues, like gender equality, it might be a good idea to look at how that candidate treats reporters. As the saying goes, actions speak louder than words.

This week, the state of Mississippi was graced with a tale by Mississippi Today reporter, Larrison Campbell, who wrote about how she was denied access to ride-along with a Republican gubernatorial candidate, Republican state representative Robert Foster, because she was a woman. The only way she could cover an upcoming trip would be if she were accompanied by a male colleague. In other words, the so-called Billy Graham rule which Vice President Mike Pence is also said to be a practitioner of — among other evangelical men —had become a barrier between the press and a gubernatorial candidate.

“Mississippi Today requested a ride-along with the Foster in late June. On July 7, [Colton] Robison, the campaign manager, called about joining the candidate on an upcoming trip to the Gulf Coast and Laurel. At the end of the conversation, in what he acknowledged was a ‘weird request,’ Robison said I would need a male colleague to accompany me on the trip.

My editor and I agreed the request was sexist and an unnecessary use of resources given this reporter’s experience covering Mississippi politics; Tuesday, Robinson was informed that this reporter would participate in the ride-along story alone.

He reiterated that the campaign couldn’t agree unless a male colleague was present — this despite my offering to wear a Mississippi Today press badge in plain view at all times.”

According to the published anecdote, Robison said he was afraid it would be bad optics and perhaps incite a smear campaign on an extramarital affair.

“In two phone calls this week, Colton Robison, Foster’s campaign director, said a male colleague would need to accompany this reporter on an upcoming 15-hour campaign trip because they believed the optics of the candidate with a woman, even a working reporter, could be used in a smear campaign to insinuate an extramarital affair.

Since the report has come out, Foster has spoken out on Twitter explaining that he agreed to the Billy Graham rule with his wife before deciding to run.

Foster has since politicized the move, asserting it indicates that he will not “compromise [his] beliefs.”

“My wife and the State of Mississippi deserve a governor who doesn’t compromise their beliefs, and I’m sticking to my guns,” he tweeted.