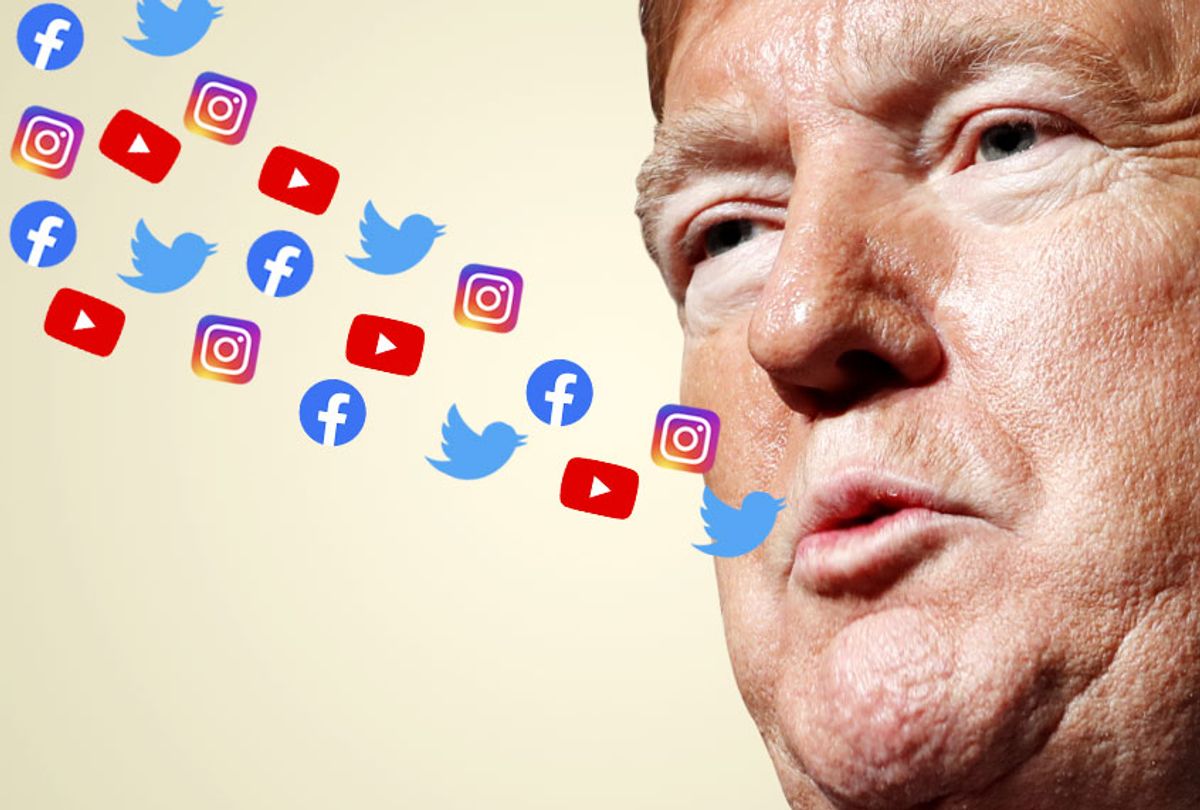 President Trump's "social media summit" on Thursday will be an unprecedented gathering of far-right media figures from across the American political landscape.

The attendees are a veritable who's-who of the right-wing internet, according to Media Matters for America's comprehensive list of invited guests.

"I feel like maybe the rest of us are in denial, or disbelief, that these kinds of internet celebrities and social media influencers are already a powerful force shaping our culture," Erin Gallagher, right-wing disinformation expert, told NBC News. "The people and topics that they elevate with their massive platforms are incredibly toxic and will have very damaging long-term effects on society."

Although the president initially refused to open up the summit to the mainstream media — or the "fake news," as he likes to say — he eventually relented, saying reporters would be permitted to cover the event "for a limited period." White House deputy press secretary Judd Deere told NBC News that Trump's ostensible angle is to "engage directly with these digital leaders in a discussion on the power of social media."

One noteworthy detail is that many far-right groups that have been banned from major social media platforms like Facebook, Twitter and Instagram were not invited, even though one of the major complaints of the online far right is that such bans have occurred. Infowars host and conspiracy theorist Alex Jones and Proud Boys founder Gavin McInnes are among those who were seemingly snubbed, according to The Daily Beast. The publication also reported that White House social media director Dan Scavino, a key point man in keeping tabs on Trump's support among the online right, played a crucial role in assembling the list of attendees.

This isn't to say there won't be plenty of toxicity on hand. According to Media Matters for America, the invitees have a checkered record, to say the least. The "meme creator" known as Carpe Donktum has been criticized for encouraging violence against law enforcement officials. Ryan Fournier reportedly worked with white nationalists in his capacity as national chairman of Students for Trump. Tim Pool has released videos that appeared to legitimize white nationalists. Ali Alexander spread the false claimed that Sen. Kamala Harris, D-Calif., is not black. Bill Mitchell has promoted the conspiracy theories associated with QAnon. James O'Keefe has repeatedly edited videos in misleading fashion to smear or discredit various liberal causes and groups. Gateway Pundit has promoted several discredited conspiracy theories, including those about Barack Obama's birthplace and the murder of Seth Rich.