With Sanders and Warren competing for votes, the result could be a divided left within the Democratic primary 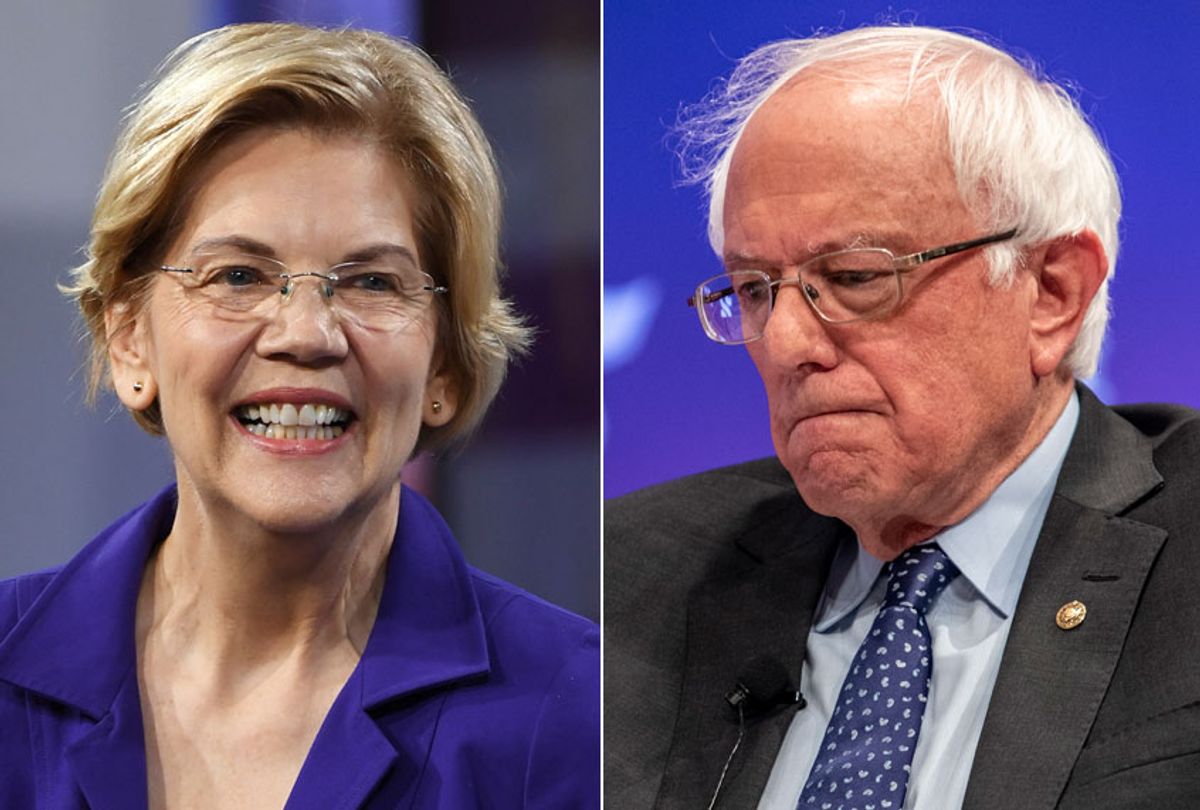 Of all the candidates Sen. Bernie Sanders is competing with in the 2020 Democratic presidential primary, Sen. Elizabeth Warren of Massachusetts is by far the one he has the most in common with in terms of policy. Both are unapologetically liberal/progressive and left-of-center in their views, stressing the need for economic policies that benefit the United States’ working class rather than catering to its 1 percent. But as much as the New England senators have in common philosophically, a July 12 article by Politico’s Holly Otterbein explains that they have “surprisingly different bases of support.”

Warren and Sanders have different rhetorical styles, certainly. Sanders describes himself as a “democratic socialist,” while Warren has stressed that she believes in “markets” and is a “capitalist to my bones.” Warren, not unlike President Franklin Delano Roosevelt in the 1930s, positions herself as a savior of capitalism and free enterprise and views President Donald Trump not as a true champion of free markets, but as an ally of oligarchs. Regardless, Warren and Sanders agree much more than they disagree — and Sanders’ “socialism” draws its inspiration from FDR’s New Deal and President Lyndon B. Johnson’s Great Society, not Marxist-Leninist or Maoist dogma. Sanders, truth be told, is really a capitalist, not unlike the Scandinavian politicians he typically praises.

But as Otterbein reports in Politico, the “fellow enemies of the 1 percent” are appealing to different demographics.

And Otterbein notes another important difference: Sanders, she writes, “has won over more African-Americans than Warren. He earns a greater share of support from black voters than any candidate in the race except for Joe Biden, according to the latest Morning Consult surveys.”

Other polls have shown Sen. Kamala Harris of California picking up a lot of support among African-American Democratic voters — especially after her stellar performance at the recent Democratic debates in Miami. And Warren, in recent weeks, has been trying to step up her African-American outreach — which is a wise move, as black turnout will be vitally important to the Democratic Party in 2020. Whether the nominee ultimately turns out to be Biden, Harris, Sanders, Warren or someone else, getting out the African-American vote isn’t an option for Democrats in 2020 — it’s a necessity.

Another difference between Sanders and Warren is that Sanders doesn’t identify as a Democrat. While Sanders is an independent who runs in Democratic primaries and caucuses with Democrats in the Senate, Warren is very much a part of the Democratic Party.

One of the people Otterbein interviewed for her piece is Mark Longabaugh, who served as a Sanders strategist in 2016. Longabaugh told Politico, “Two places where Bernie has always struggled with is older voters and women, to some degree. Warren is identifiably a Democrat and runs as a Democrat; so, I think many more establishment Democrats in the party are more drawn to her — whereas Bernie very intentionally ran for re-election as an independent and identifies as an independent, and appeals to those who look inside the Democratic Party and think it’s not their thing.”

Certainly, Sanders addresses a lot of issues that are vitally important to  voters who are 50 and over, including Social Security, Medicare and the fact that the U.S. needs universal health care desperately. But as Otterbein points out, “Sanders’ support goes down as the age of voters goes up.”

Otterbein concludes her report by noting that with Sanders and Warren competing for votes, the result could be the left being divided within the Democratic primary — and ultimately, a primary victory for Biden.