Inside the lawsuit between Trump and his blocked critics

"I am literally nobody and he shut down my right to reply," a plaintiff said. 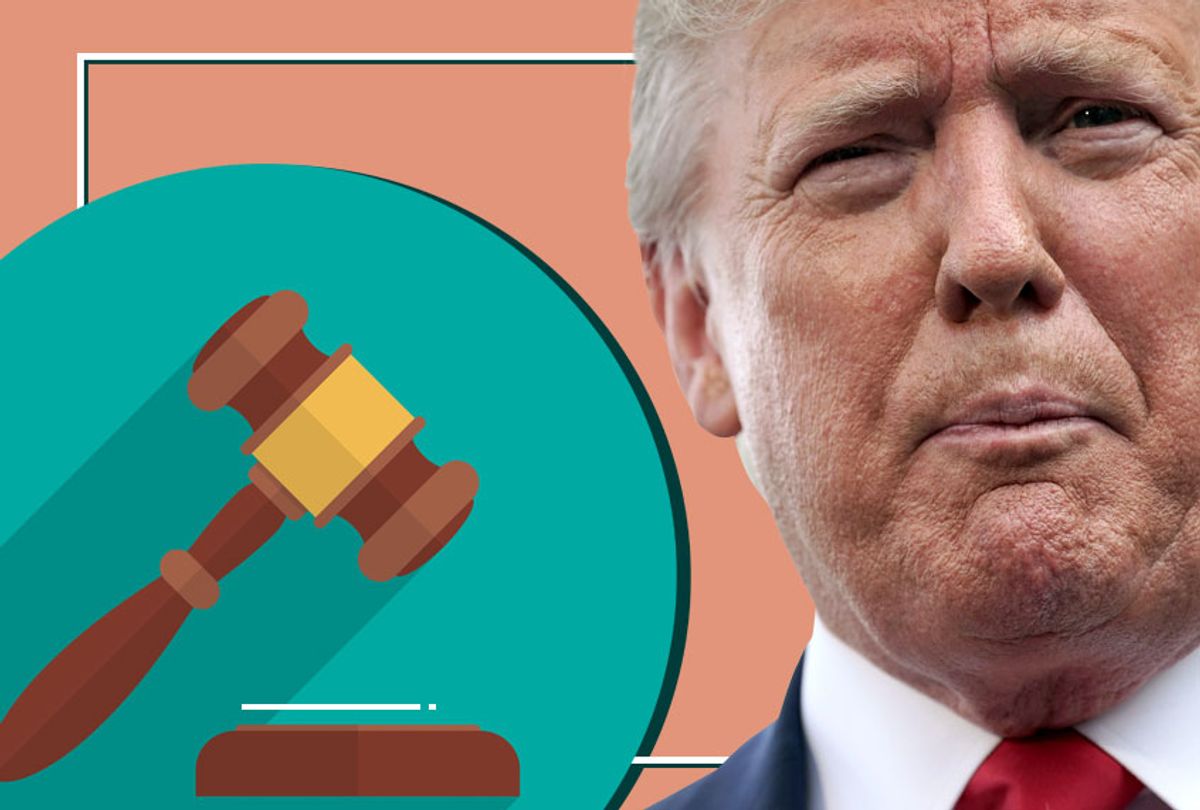 Early one Sunday last June, surgeon-scientist Eugene Gu was sitting in his Nashville apartment, enjoying breakfast and coffee. He didn’t think much about sending a tweet criticizing President Donald Trump, who had just boasted about his polling numbers.

The tweet started to gain traction —a couple of hundred retweets, 1,000 likes. The virality of the digital message was not abnormal to Gu, though. He has been a Twitter activist personality since before the 2016 presidential race caught fire. The news cycle landed heavily in his lap after being subpoenaed by Congress in March 2016 regarding his research with aborted fetuses. But what was about to happen to him, came as a complete shock.

“Later in the day, I went to check on Trump’s Twitter account just to see what he’s up to and I was blocked,” Gu told Salon. “When I first saw that, it was pretty shocking to me, this whole time I never thought the president of the United States was seeing my tweets.”

His tweets, Gu said, weren’t meant to criticize President Trump personally, but rather a form of protest in a public forum on Twitter.

“Even though the president is tweeting, it had nothing to do with attacking him personally,” Gu said. “No one would have thought he would do that, he has a lot of other things to do, a whole country to manage, at that time I didn’t have a verified account, I was just an ordinary, small user and he did that.”

Once blocked, Gu could no longer view Trump’s tweets. Curious if he was the only one, Gu discovered an entire community of people who had also been blocked by Trump. This led him to join the legal action that resulted in a 3 - 0 decision by a federal appeals court on July 9 holding that Trump's practice of blocking critics from his Twitter account violates the First Amendment. The decision upheld a May, 2018 district court ruling.

Plaintiff Holly Figueroa O'Reilly tweeted a GIF, an awkward moment between Trump and Pope Francis, with the caption: “This is pretty much how the whole world sees you.” This led to Trump blocking her. At first she laughed.

“I laughed because it is so ludicrous, here he is the leader of the free world and I am literally nobody and he shut down my right to reply to his tweets on social media,” O'Reilly told Salon. “I found it humorous at first, but the more I thought about it, I realized it has further ramifications, it isn’t about me at all, it’s not about the seven of us, it is about whether elected officials can shut down and block people on social media that is what we are doing,” she told Salon.

Trump blocked plaintiff Joe Papp, a registered Republican for 10 years, when he tweeted a question to Trump in June 2017: “Why didn’t you attend your #PittsburghNotParis rally in DC, Sir?” He added the hashtag “#fakeleader.”

“Honestly, I understand why people think it is a weird battle to be fought, but my general response was extremely disconcerted, like a gut-level reaction that this is seriously disturbing the president of the United States had no problem cutting off an American citizen,” Papp told Salon. “I was really relieved when the Knight Institute [reached out to me]. Within hours of being blocked they were already in touch with one of my co-plaintiffs to let them know I had been blocked was a huge relief.”

One might assume taking someone to court for blocking another on Twitter is no big deal. But considering Trump is president, and he uses Twitter — like many other public officials — to make official statements and announcements, in essence, it makes Twitter a public forum. In that case, the act of Trump blocking users is a violation of the First Amendment. It is the equivalent of Trump kicking citizens out of a town hall meeting because he doesn’t like their political viewpoints.

The Knight Institute, which was founded in 2016, with a mission to protect free speech in the digital age, knew that the act of Trump blocking critics could set an important precedent regarding how public officials handle criticism from constituents on social media. This is why they reached out to O’Reilly, Papp, and Gu, among others, who Trump had blocked, and represented them in the case. Katie Fallow, a senior staff attorney at the Knight First Amendment Institute at Columbia University, told Salon they were interested in the case because political speech is at the core of First Amendment protections. However, there were other stipulations that factored into priming the lawsuit to claim that Trump’s actions were a violation of the First Amendment: one being that he had blocked these individuals personally.

“They made it clear that Mr. [Dan] Scavino had helped Trump manage his account, which in our view, undermines his claim it was a purely personal account, and critically they essentially conceded that he had blocked these people because they had criticized him based on their viewpoint and in First Amendment law viewpoint discrimination by a public official is never tolerated,” Fallow explained to Salon.

While this week’s ruling was a victory for Gu, Papp and O’Reilly and their fellow plaintiffs, it might not be the end; the Department of Justice has 90 days to decide if it will petition the Supreme Court for review. Apparently, it’s not just Trump critics following the fate of this Twitterspheric more speech suit. The same day the court issued Judge Parker’s ruling a congressional candidate in Staten Island and an activist in Brooklyn who have been blocked on Twitter by  Representative Alexandria Ocasio-Cortez filed suit in Federal District Court in Brooklyn.