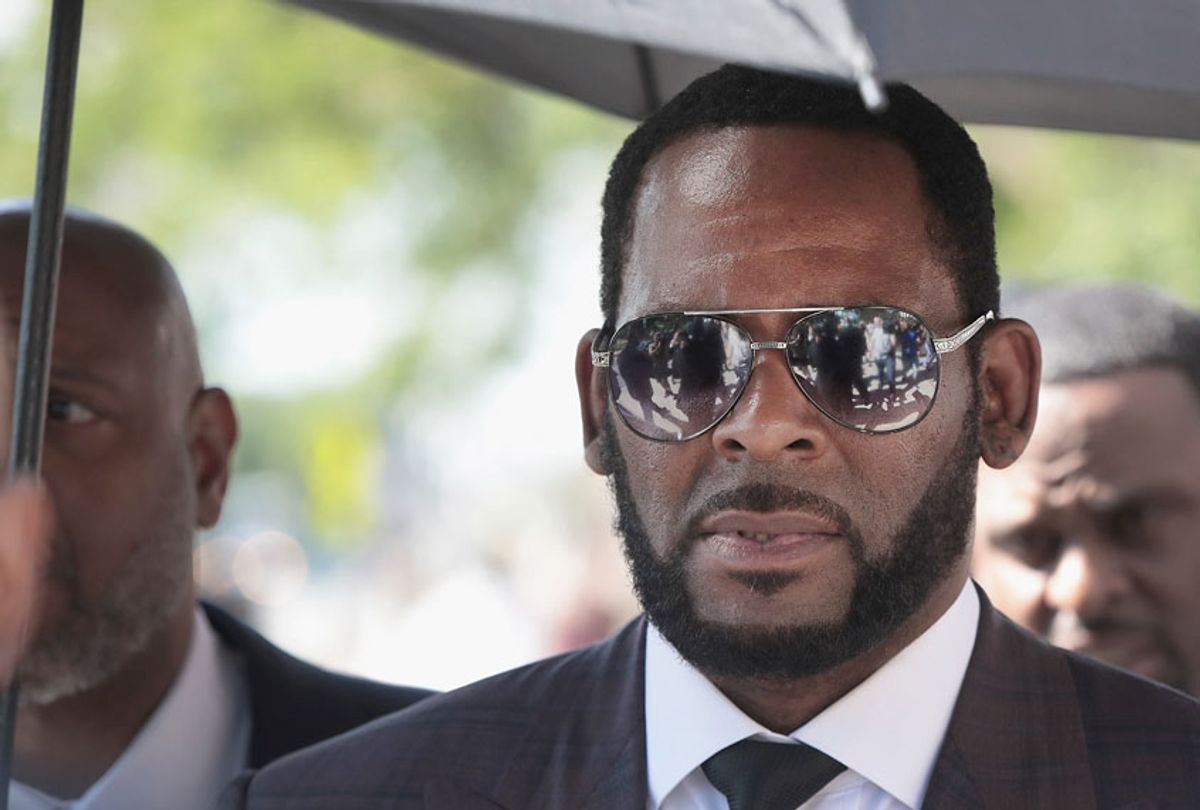 R. Kelly has been arrested and taken into custody by federal agents on a 13-count indictment that includes child pornography charges, as well as enticement of a minor and obstruction of justice. The singer was already under indictment in Chicago on state charges of aggravated sexual assault and abuse.

According to Kelly’s attorney Steve Greenberg via the Associated Press, the conduct Kelly is charged with in federal court “appears to largely be the same” as what he is charged with in state court. “[Kelly] was aware of the investigations and the charges were not a surprise,” Greenberg said.

Over a decade ago, a jury acquitted Kelly of similar charges. In 2008, Kelly was found not guilty of child pornography charges that stemmed from a tape allegedly showing Kelly having sex with a minor, which had been obtained by the Chicago Sun-Times.

Chicago reporter Jim DeRogatis kept pursuing the story, however, and in 2017 his BuzzFeed story about an alleged Kelly-run "sex cult" brought renewed interest to the old allegations as well. Then earlier this year, Kelly’s alleged misconduct came under widely publicized scrutiny following the release of dream hampton's “Surviving R. Kelly,” the acclaimed Lifetime docuseries that aired in January.

“A person can binge the entire series in order... but be warned — it is sickening,” wrote Salon's TV critic Melanie McFarland. “While the first two parts aired, multiple organizations serving survivors of sexual abuse circulated information about resources on social media, and for good reason: much of the live-tweeting during the telecast amounted to reporting on internal processing and utter shock.”

In his first post-charges interview with CBS’s Gayle King, Kelly positioned himself as the victim of a smear campaign: “I didn’t do this stuff. This is not me. I’m fighting for my f**ing life.” And many of the singers fans agreed.

In her analysis, “Is time finally up for R. Kelly?” McFarland identified a parallel in how the public treated Bill Cosby, who was found guilty of three counts of aggravated indecent assault, and Kelly, who had previously escaped any real scrutiny for his relationships with under-age girls, including his marriage to late R&B star Aaliyah (they married in 1994 when she was 15).

“Fame allowed Bill Cosby to get away with drugging and sexually assaulting women for decades, abetted by an industry that saw him as too powerful and valuable to curtail until he was old, legally blind and on his way out the door,” McFarland wrote.

She continued: “Kelly never aspired to be on the same morality level as Cosby, but he never needed to be. Like Cosby, he used the influence of a massive, wide-reaching entertainment medium to gain the unquestioning loyalty of the public.”

But in May, more sexual assault charges — 11 felony counts — were racked up against Kelly, and according to the New York Times, federal prosecutors in Brooklyn are expected to unveil a separate indictment on Friday containing additional charges against him. And so it appears, regardless of his fame, members of the public and law enforcement aren’t willing to ignore the accusations against Kelly any longer.