The census battle is far from over: How Trump could rig elections for decades

Was a new scheme hidden in the president's announcement of his alternate proposal for collecting citizenship data? 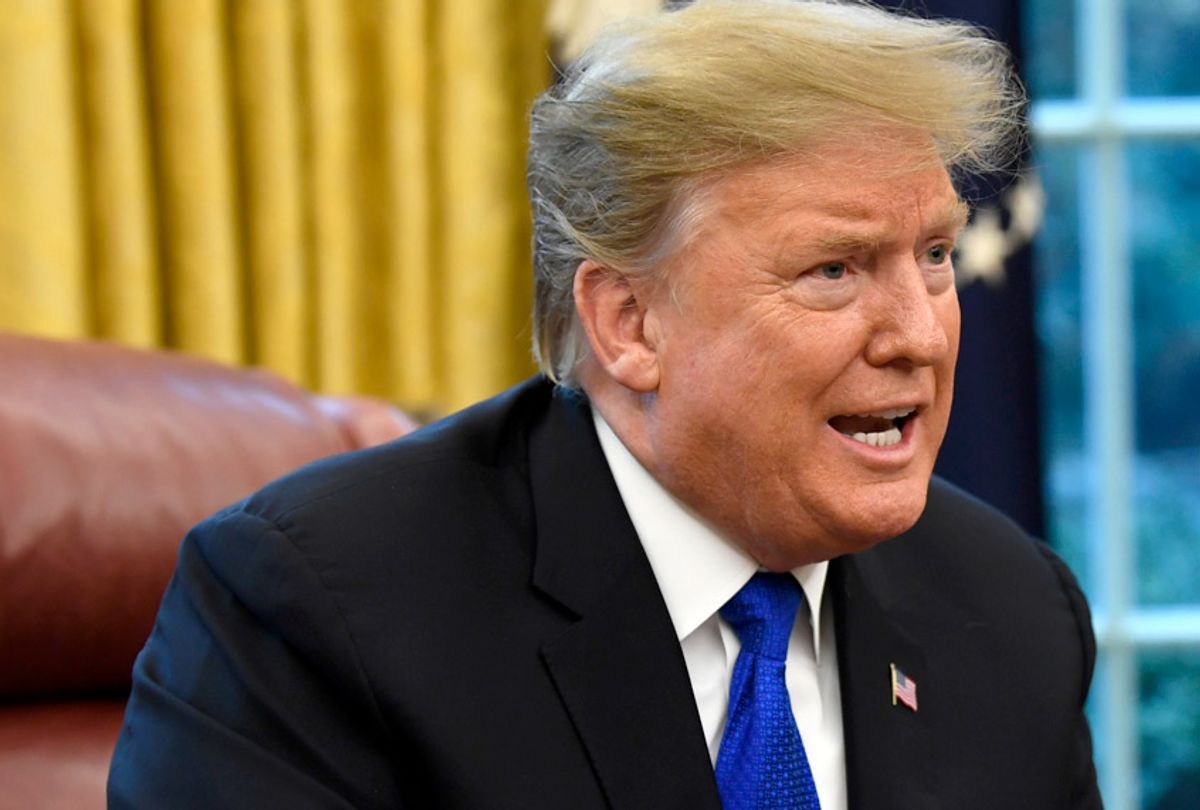 Donald Trump speaks during his meeting with Chinese Vice Premier Liu He in the Oval Office of the White House in Washington, Friday, Feb. 22, 2019. (AP/Susan Walsh)
--

On Thursday, after much raging and storming at the Supreme Court and threats to defy their decision, President Donald Trump announced that he is officially giving up the fight to change the 2020 Census to interrogate people about citizenship status — and will be directing federal agencies to obtain citizenship data through other means, like administrative records and more limited surveys.

It was a huge victory for voting rights, as the Trump and his allies have sought to use the inclusion of such a question to intimidate minorities out of responding to the census at all, undercounting millions of people in disproportionately nonwhite, Democratic parts of the country and denying them funding and representation.

But as Harvard Law professor and constitutional scholar Laurence Tribe warned, the fight is not over. In fact, the seeds of Trump’s next, and possibly even worse, scheme to rig American democracy was hidden in Trump’s announcement of his alternate proposal for collecting citizenship data.

“Some states may want to draw state and local legislative districts based upon the voter eligible population,” said Trump. “Indeed, the same day the Supreme Court handed down the census decision, it also said it would not review certain types of districting decisions, which could encourage states to make such decisions based on voter eligibility.”

This meaning is clear: Trump’s purpose in collecting citizenship data is to encourage states to draw districts based on the “voter eligible population,” rather than the total population, which is historically how every state has done so. As Tribe explained, the consequences of that could be huge:

Evenwel v. Abbott was a Supreme Court decision in 2015, in which the justices unanimously ruled that it is constitutional for states to use the total population in legislative apportionment. Crucially though, the court did not rule that it was mandatory to do so — and Clarence Thomas and Samuel Alito wrote that they believe states are free to choose to only count eligible voters if they wish. All of this hints that if GOP-controlled states decide to take up Trump on his suggestion and only count eligible voters for district lines, the federal courts will not stand in their way.

If states do this, the consequences could go much farther than just noncitizens. Millions upon millions of citizens are not “voter eligible,” like children and prisoners, and if states are free to exclude them as they wish, it would supercharge gerrymandering even further, particularly impacting racially diverse, Democratic cities where mass incarceration comes down hardest. Such cities could lose dozens of legislative seats around the country — and the average seat would become whiter and more Republican.

As Tribe makes clear, this is an outcome that Trump seems to openly want. And he can do all of this even without putting a citizenship question directly on the census.