Iron Man is the secret villain of the "Spider-Man" movies

Iron Man may be a hero, but his wealth and sense of entitlement also produced both of Spider-Man's main villains 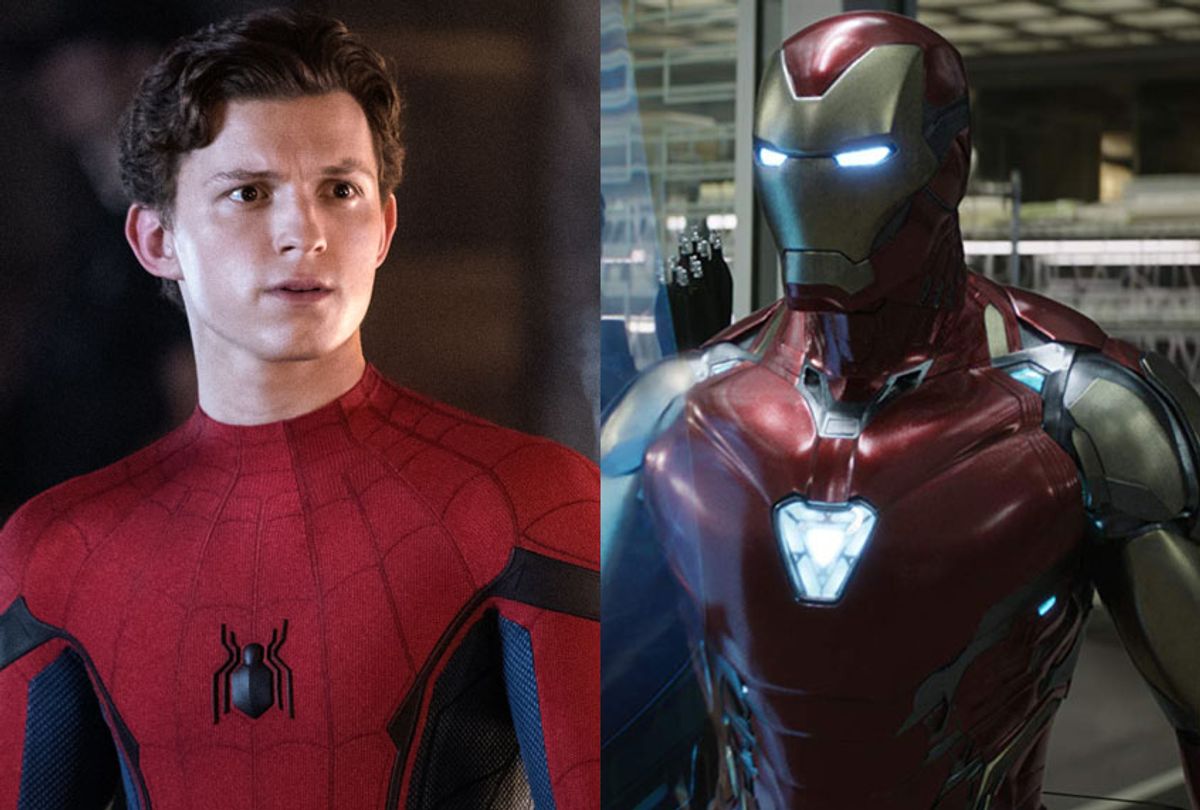 The following article reveals major plot points from "Spider-Man: Homecoming" and "Spider-Man: Far From Home,", as well as "Avengers: Endgame," so spoilers follow.

None of this is intended to diminish Tony Stark's (Robert Downey Jr.) achievements, both within the fictional world of the MCU and the real one. In the former he has defeated multiple super-villains, stood up for the principle of government oversight over super-beings even when it worked against his personal interest and — at the conclusion of his story arc in "Avengers: Endgame" — sacrificed his life to save the universe. In the latter, he deserves credit for the MCU existing in the first place: The 2008 movie "Iron Man" was the one that started it all, proving so popular that another installment was released in 2010 before the first "Avengers" movie came out two years later. (Iron Man was the only MCU character to receive more than one film prior to "The Avengers.")

At the same time, Iron Man has always been a flawed character. Even after he overcomes his past as a war profiteer, he remains an admitted narcissist, one who never quite sheds the sense of entitlement that accompanied his privileged background as the son and sole heir of wealthy businessman Howard Stark. Each of his movies are littered with occasions when he steps on people — sometimes intentionally, sometimes unwittingly — leaving a path of villain origin stories and bruised egos in his wake. Perhaps the most serious consequence of this personality trait was when he created Ultron, a super-intelligent robot intended to protect the planet but who nearly destroyed it in the process. While Iron Man learned from his mistake, that lesson was likely little consolation to the residents of Sokovia, a nation where countless innocents perished as a result of Ultron's exploits.

Yet rarely have Iron Man's flaws been as pronounced as in the two "Spider-Man" movies. On both occasions, the films emphasize that Iron Man views himself as a mentor to Spider-Man/Peter Parker (Tom Holland): In the first film he shows the idealistic and energetic young man the ropes in terms of being a superhero, while in the sequel — set after his death in "Avengers: Endgame" — he posthumously grants him access to his technology and, through his best friend Happy Hogan, makes it clear that he views Spider-Man as his heir and rightful successor. At the same time, he also inadvertently is responsible for creating both of the villains in those "Spider-Man" movies — and not because of innocent mistakes, but rather his pre-established tendency to abuse his class privilege.

In "Homecoming," the character of Vulture/Adrian Toomes (Michael Keaton) is depicted as a fundamentally decent man, the owner of a salvaging company who suffers a major financial setback after Stark muscles him out of an important contract due to his vast wealth and political clout. While this doesn't justify Toomes' subsequent decision to steal and traffic arms, it's clear that he isn't setting out to hurt people, and unlike most other MCU villains doesn't aspire to take over the world or defeat the Avengers. His only motivation is to have a realistic chance of providing a decent standard of living for himself and his family — including, unbeknownst to him, a daughter who winds up being Parker's initial love interest. It is reasonable to speculate that if Iron Man hadn't used his financial clout to walk all over Toomes, he never would have become the Vulture in the first place.

The character of Mysterio/Quentin Beck (Jake Gyllenhaal) has a similar backstory. It turns out that Beck invented the sophisticated holographic technology used to convince people that Elementals were attacking Earth while he was employed at Stark's company. Instead of appreciating the technology's potential, however, Stark gives it the insulting nickname B.A.R.F (Binary Augmented Retro-Framing) and uses it to help deal with his traumatic memories, dismissing it in front of the world as "$611 million for my little therapeutic experiment." While there is a brief line saying that Stark later dismissed Beck for being "unstable," the emphasis is placed on his lack of vision for failing to recognize the holographic technology's potential and poor treatment of other people whose intellects may rival his own. This backstory lends weight to the moment when Beck teaches Parker that he should "never apologize for being the smartest person in the room," as well as to Beck's overall desire to trick the world into believing that he is a superhero himself.

And, tellingly, he is joined in his mission by fellow former Stark employees, all of whom are disgruntled over the way they were treated (one imagines they can't all be delusional about Stark's behavior).

There are a few important takeaways from Iron Man's villainous turn.

First, it emphasizes that even the MCU isn't free from the class conflict that besets the real world. Part of the problem of having super-rich men and women like Tony Stark is that even the best among them can't help but be corrupted by their wealth. When one person has that much money, they have so much power over the rest of humanity that it's possible for them to see other people as vessels to be moved around, used or cast aside based on whether it is convenient for them. The problem isn't that wealth gives them the instinct to do this — most, if not all, human beings have at least the initial impulse to view fellow human beings that way — but rather that the money makes it possible for them to first do it, and then to get away with it.

Just as the Spider-Man mantra is "with great power comes great responsibility," the sad truth about being fabulously wealthy is that with great wealth can also come lack of accountability. A non-rich person would have had to account to Toomes and Beck before ruining the former's business and demeaning the latter's vision. Stark's wealth made it possible for him to wrong them with impunity — and even worse, with unexpected consequences that were either primarily or entirely dealt with by other people.

In addition, Stark's emergence as the unexpected villain demonstrates that the MCU is able to establish and develop flaws even in its most iconic characters. While boy scout superheroes like the Christopher Reeves' Superman are certainly welcome and have their place in superhero lore, it is refreshing to see a character whose flaws aren't simply that he can be dark and brooding (looking at you, Batman/Bruce Wayne). Not only do Stark's mistakes offer social commentary about the dangers of immense wealth, but they serve as a comforting reminder that even the greatest heroes can still commit colossal screw-ups. It's an important lesson that keeps us grounded, and allows us to forgive ourselves for our own mistakes, even as it still encourages us to be more responsible with our own areas of privilege.

The sad truth, of course, is that our real-world counterparts to Tony Stark rarely have his redeeming qualities. Too often wealthy titans who crush little businesses, mistreat their employees and nearly destroy the planet do so not out of obliviousness or misplaced good intentions but from greed and cruelty. Similarly, while Iron Man redeems himself time and again by selflessly helping others and eventually making the ultimate sacrifice, most of our world's billionaires are all too human when you strip away their wealth and ask them to give back to humanity. There are philanthropists and activists among their ranks, of course, and the good they do should not be dismissed. But as of yet no true heroes have emerged from their ranks to actually lead humanity in its time of need instead of throwing money at a few good causes here and there.

As depressing as it may be, the harsh truth about Iron Man is that — despite being an unwitting villain in the first two MCU "Spider-Man" movies — his villainy is still far less than that from the real billionaires who run the world outside of the Marvel Cinematic Universe.