Bernie Sanders: Nancy Pelosi is being too tough on Alexandria Ocasio-Cortez

Bernie Sanders criticized Nancy Pelosi for being tough on Alexandria Ocasio-Cortez, arguing that it hurt the party 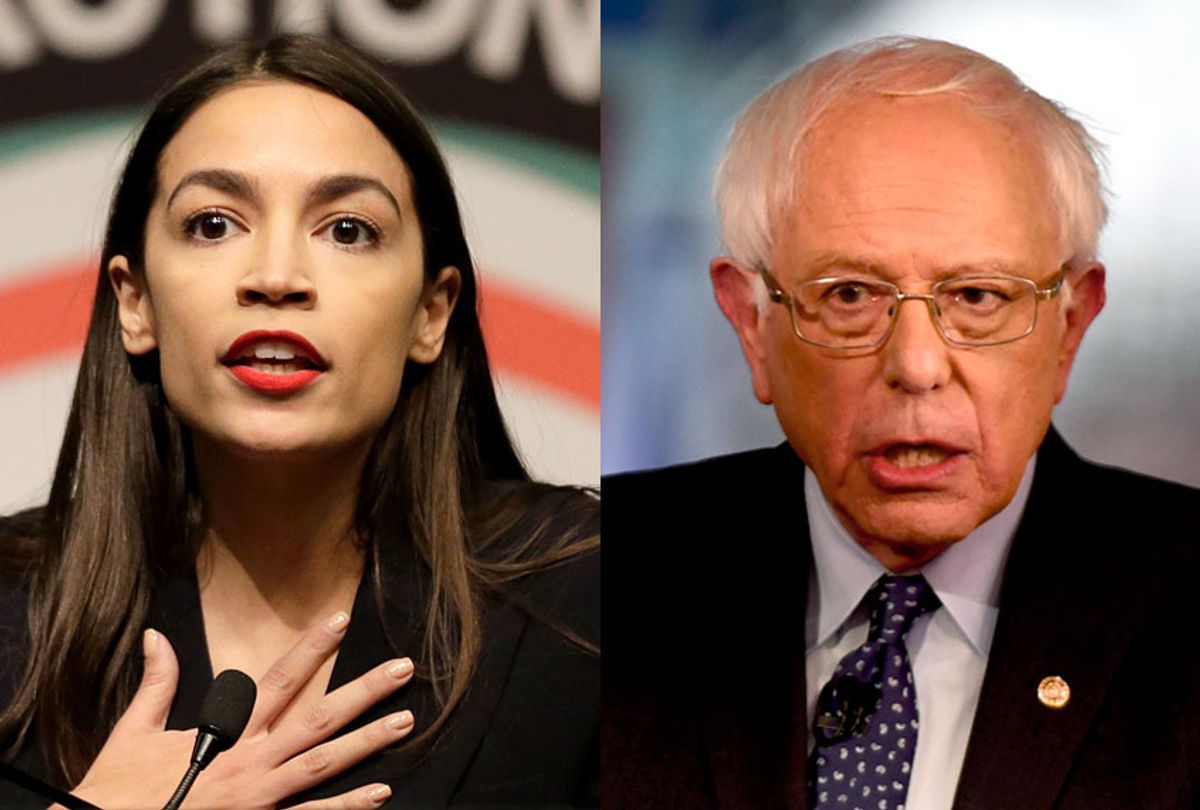 "I think a little bit," Sanders told "Meet the Press" host Chuck Todd when discussing Pelosi's attitude toward Ocasio-Cortez and her congressional allies, and after Todd asked if Pelosi has been too tough on Ocasio-Cortez. "You cannot ignore the young people of this country who are passionate about economic and racial and social and environmental justice. You've got to bring them in, not alienate them."

Earlier in the interview, Sanders told Todd that "this is what I think: I think, it goes without saying, that the future of our country and the future of the Democratic Party rests with young people. And I'm very proud, by the way, in virtually every poll I have seen we are winning people under 45 to 50 years of age and younger."

He later added, "What Alexandria and other young women, and women of color, are saying is, 'We've got to reach out to young people. We've got to hear the pain of the working class of this country.' And that is causing some political disruption within the leadership of the Democratic Party."

After describing his own frustrations trying to pass progressive legislation, Sanders told Todd that "I support Alexandria's and the other women's desire to bring people, especially young people [and] working class people into the Democratic Party. That is the future of the Democratic Party and of this country."

Last week Ocasio-Cortez blasted Pelosi in The Washington Post for what she described as "the persistent singling out" and "outright disrespectful" treatment of "newly elected women of color." This was in response to Pelosi telling The New York Times — in reference to a border funding bill that was supported by most Democratic House members but not Ocasio-Cortez and three of her congressional allies — that "all these people have their public whatever and their Twitter world, but they didn’t have any following. They’re four people and that’s how many votes they got."

The three main congressional allies of Ocasio-Cortez are Reps. Ilhan Omar of Minnesota, Rashida Tlaib of Michigan and Ayanna Pressley of Massachusetts, all of whom are fellow Democrats.

After Pelosi's statement, Ocasio-Cortez tweeted that "that public 'whatever' is called public sentiment, and wielding the power to shift it is how we actually achieve meaningful change in this country."