Meghan McCain slams "Uncle" Lindsey Graham for defending Trump: "Not the person I used to know" 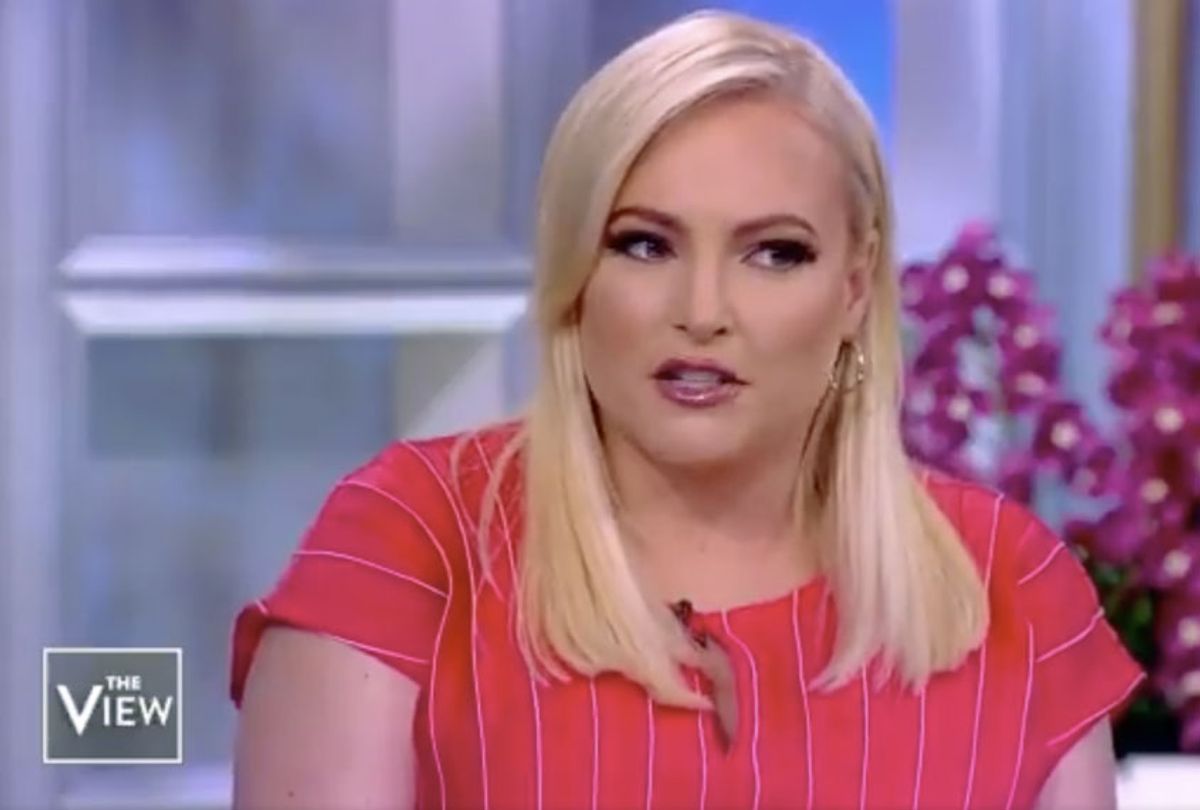 Meghan McCain, the conservative co-host of "The View," lamented that Sen. Lindsey Graham, R-S.C., the man she had previously described as like an "uncle" and a close family friend, was no longer the person she knew while growing up.

"Whatever is happening to Lindsey, this is not the person I used to know," she said, referring to Graham's decision to stand by Trump even after the president declared that a group of Democratic congresswomen of color should "go back to where they came from."

"It's deeply cowardly," she said.

McCain has previously described Graham as "like an uncle to me and closest to my political ideology."

The ABC talk show host then played a 2015 clip of Graham, now one of the president's most prominent defenders on Capitol Hill, in which he can be heard calling Trump a "race-baiting, xenophobic religious bigot" who did not represent the Republican Party "or the values that the men and women who wear the uniforms are fighting for."

McCain reacted to the clip by pointing out that Khizr Khan, the Gold Star father and Muslim-American who stood up to Trump's Islamophobic rhetoric and criticism of his family during the 2016 presidential race, had a son who died in uniform and was not born in this country before taking one more jab at Graham.

"I can't do this right now — and whatever is happening to Lindsey, this is not the person I used to know," she said.

McCain's comments come a day after the president sparked outrage after he tweeted that a group of unnamed progressive congresswomen "who originally came from countries where governments are a complete and total catastrophe" should "go back and fix the totally broken and crime infested places from which they came."

Trump did not mention the lawmakers he was criticizing by name, but his comments were widely interpreted as targeting Democratic Reps. Alexandria Ocasio-Cortez of New York, Ilhan Omar of Minnesota, Rashida Tlaib of Michigan and Ayanna Pressley of Massachusetts. The four freshmen lawmakers, known as "the squad," are U.S. citizens and only Omar, who arrived to the U.S. as a refugee from Somalia, was born abroad.

The president on Monday doubled down on his attacks, sharing a lengthy attack from Graham on his own Twitter account. Graham, in his message, accused Ocasio-Cortez and other Democrats of being "anti-America."

"We all know that AOC and this crowd are a bunch of communists. They hate Israel, they hate our own country, they're calling the guards along our border, the border patrol agents, concentration camp guards," Graham said during Monday's episode of "Fox & Friends."

"They're anti-Semitic. They're anti-America . . . We don't need to know anything about them personally, talk about their policies," Graham continued. "I think they are American citizens who are duly elected that are running on an agenda that is disgusting — that the American people will reject."

Trump, however, did not include a series of quotes, in which Graham advised the president to "take on their policies" rather than focus on personal attacks.

"Aim higher," Graham said when asked if Trump's tweets went too far. "They are American citizens. They won an election. Take on their policies. The bottom line here is this is a diverse country."