It's unclear whether ICE staged any raids last weekend. But Trump's latest policy shift is arguably much worse 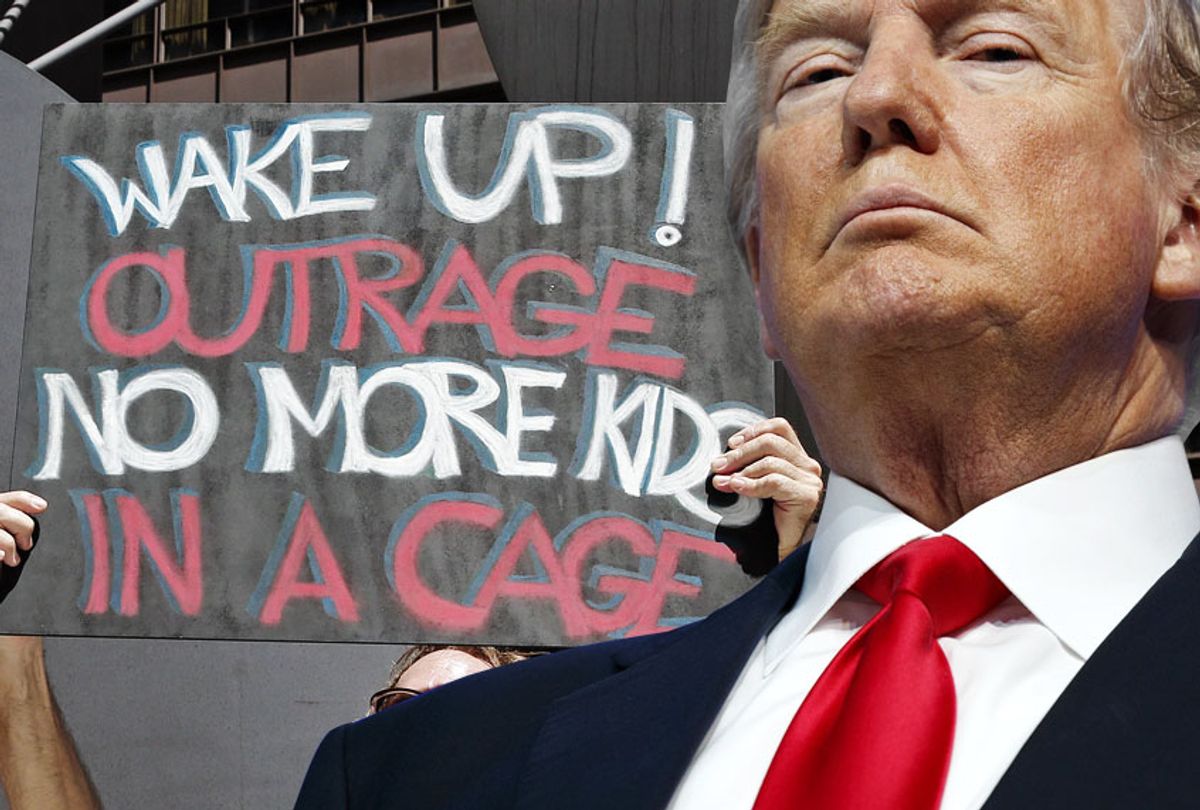 Donald Trump is once again publicly railing against illegal immigration while trying to crack down on avenues for legal entry into the U.S.

After much-hyped threats of nationwide ICE raids to round up undocumented immigrants managed to paralyze whole communities and put families on edge — but without much evidence of mass arrests over the weekend — the administration unilaterally announced a major policy change on Monday. Asylum seekers who have already passed through another country before reaching the U.S. will no longer be eligible to apply for asylum. The rule also applies to children who have crossed the border alone.

Trump’s new rule goes into effect on Tuesday and will effectively end asylum protections for most migrants at the U.S.-Mexico border. The announcement came just hours after a Guatemalan court struck down a similar "Safe Third Country" agreement with that country and after the president of Guatemala backed out of a Monday meeting with the White House.

“Ultimately, today’s action will reduce the overwhelming burdens on our domestic system caused by asylum-seekers failing to seek urgent protection in the first available country, economic migrants lacking a legitimate fear of persecution, and the transnational criminal organizations, traffickers, and smugglers exploiting our system for profits,” acting Homeland Security head Kevin McAleenan said in a statement.

The new rule, published in the Federal Register, follows the Trump administration’s Migrant Protection Protocols, commonly referred to as the “remain in Mexico” policy. That requires migrants seeking asylum in the U.S. to wait in Mexico while their claims play out. But Congress has already made it clear the Safe Third Country designation requires a signed bilateral agreement — and no such agreement exists with Mexico.

Trump’s new rule has nothing to do with Mexico actually being "safe," of course. It is only about amping up the sense of crisis before next year’s election. Trying to stop immigration to solve the backlog will only lead to an increase in illegal immigration and dangerous treks across the desert, as the administration's metering policy at ports of entry at the border has done.

"It was a very successful deal," Trump said of the ICE raids at the White House on Monday morning. "You just didn't know about it," he added. "Many were felons. Many were convicted of crimes. Many were taken out on Sunday," But ICE dodged all questions and has provided no details. In a written statement, an agency spokeswoman said that "due to law-enforcement sensitivities and the safety and security of U.S. Immigration and Customs Enforcement personnel, the agency will not offer specific details related to enforcement operations."

As with the fear, tension and anger that has boiled up across the country since news of the raids was “leaked” to the media, the administration's policies are hindering the immigration process, not assisting it. Immigration laws are the explicit domain of Congress, no matter how much Attorney General Bill Barr has tried to ram into the purview of the executive branch.

Barr argued that the new measure “will decrease forum shopping by economic migrants and those who seek to exploit our asylum system.” But the Trump administration has already seen multiple policies, like indefinite detention of migrants without release and the removal of the requirement for asylum trial of detainees, blocked in federal court because they violate the law. This new rule is entirely likely to meet a similar fate. The ACLU has already said that it will sue the administration for reversing "our country's legal and moral commitment to protect those fleeing danger."

Trump suspended aid, which supported women's shelters and orphanages, to the "Northern Triangle" countries of Guatemala, El Salvador and Honduras back in March. Vice President Mike Pence visited some of the people who have since fled those nations, and others, when he finally visited a detention facility at the border this weekend. Pence took vulnerable Republican senators who are running for re-election in 2020 with him, including North Carolina’s Thom Tillis, and was able to get dehumanizing images of brown people locked in massive cages broadcast widely.

As a recent poll of Republicans makes clear, this is a deliberate strategy. An overwhelming majority of Republican voters, even in states that voted for Hillary Clinton, support Trump’s draconian policies to crack down on illegal immigration, including his infamous (and nonexistent) border wall. Republicans in Congress have similarly cheered this new crackdown on legal immigration. Only one conclusion is reasonable: Trump wants to increase the flow of illegal immigration as he runs for re-election, so he can ramp up the cruelty and brag about it to his base.