The capsule, which exploded in a test flight, is scheduled to undergo manned tests later this year 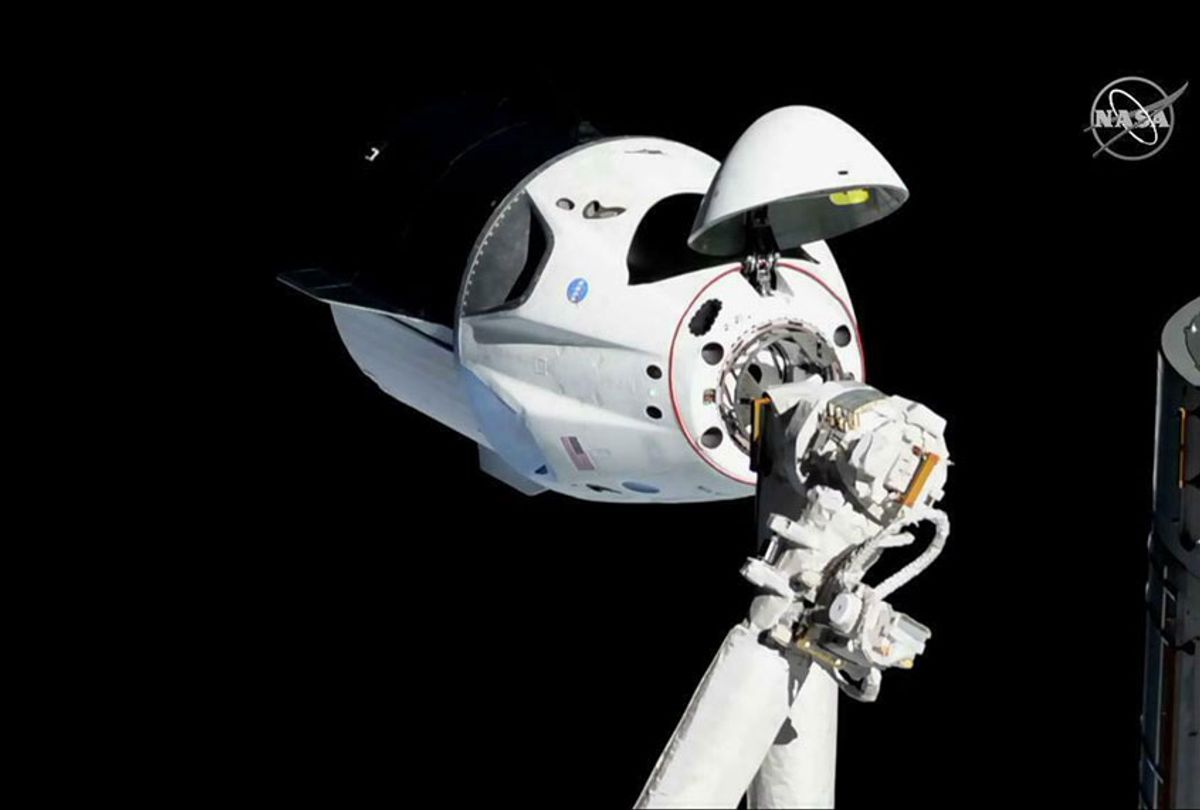 In this Sunday, March 3, 2019 file photo provided by NASA, the SpaceX Crew Dragon is pictured about 20 meters (66 feet) away from the International Space Station's Harmony module. (NASA via AP)
--

In April, while aerospace giant SpaceX was testing a spacecraft known as Crew Dragon, a  plume of smoke rose over Cape Canaveral in Florida, raising suspicion among those who witnessed it. Soon after, footage appeared online of the test spacecraft erupting in flames.

The Crew Dragon capsule was destroyed.

Though it was merely a test flight, the fact that the Crew Dragon — which was designed to be manned, and to shuttle humans between Earth and space — exploded should make the astronauts destined to fly in it particularly uneasy.

On Monday, SpaceX released a statement providing more details about went wrong: an unexpected combustion due to an unforeseen leak. According to the announcement, there is evidence that a leaking component led to a structural failure which caused a valve to ignite.

In order to understand the exact scenario, and characterize the flammability of the check valve’s titanium internal components and NTO, as well as other material used within the system, the accident investigation team performed a series of tests at SpaceX’s rocket development facility in McGregor, Texas. Debris collected from the test site in Florida, which identified burning within the check valve, informed the tests in Texas. Additionally, the SuperDraco thrusters recovered from the test site remained intact, underscoring their reliability.

The company noted that "the reaction between titanium and NTO at high pressure was not expected.” SpaceX said titanium has been used “safely” over the last few decades on spacecraft around the world.

“Even so, the static fire test and anomaly provided a wealth of data,” the release stated. “Lessons learned from the test – and others in our comprehensive test campaign – will lead to further improvements in the safety and reliability of SpaceX’s flight vehicles.”

Actions have been taken, the company said, to prevent a similar accident from happening again. For example, a disc is replacing the valve to prevent such a future leak from occurring.

“What we have now is definitely the safer approach,”  Hans Koenigsmann, SpaceX’s vice president of build and flight reliability said on a call with reporters. “We didn’t really expect this to be a problem, but that’s what you learn when you test.”

When asked if the company would be able to fly this year, Koenigsmann said he did not think it’s “impossible.” “But it’s getting increasingly difficult,” Koenigsmann said. “We’ll fly when we’re ready.”

The finding brings to light the problems the National Aeronautics and Space Administration (NASA) faces as it moves more towards its stated goal of privatizing space travel, a political goal that was kickstarted by the Trump administration’s budget proposal from last February and since the space shuttle program ended in 2011. In a similar vein, NASA also announced in June it is opening up space tourism for private astronaut missions.