Republicans will never say that racism is "racism." Basically it's because they're racist 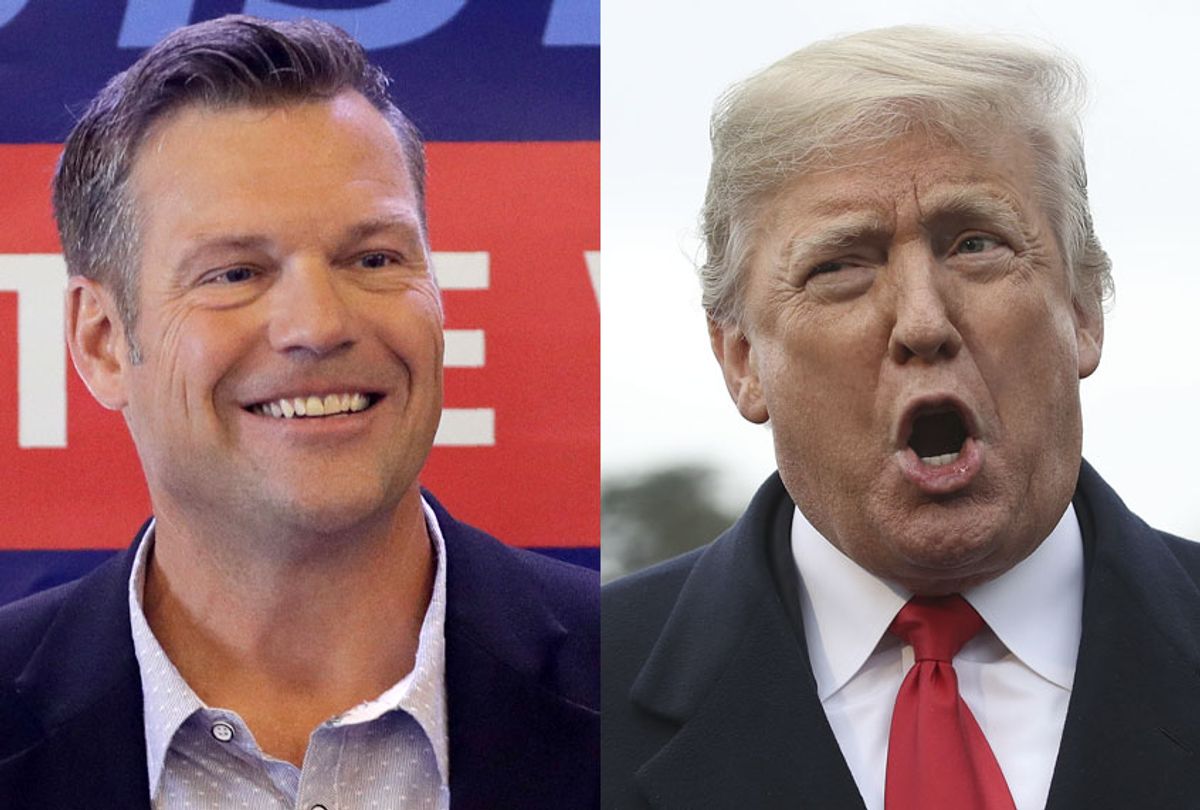 Is there any expression of racism that Republicans will actually admit is racism? It's a question on a lot of progressive minds in the wake of Donald Trump demonizing female congresswomen of color with the "go back" canard that white nationalists and other assorted racists have long used to abuse anyone with heritage they dislike, whether that heritage is Jewish, Irish, Italian, African, Latin American or Muslim. Telling someone to "go back" is, in the ranks of racist statements, right up there with calling a person the N-word or some other rank slur. Yet, there still appears to be resistance among Republicans to admitting that is racism, which leads many on the left to wonder: If this doesn't count, then what could possibly count?

The answer, it's becoming quite clear, is that there is no limit. There's no line in the sand, no sentiment so ugly, where most Republicans will cave in and admit, OK, that's racist.

A new poll from Ipsos confirms this. While more than two-thirds of Americans correctly identify the "go back" language as racist, only 45% of Republicans agree with that assessment. Instead, 57% of Republicans agreed that these women should "leave" the country where all four are citizens, and where three of the four were born. A startlingly large majority of Republicans — 70% — also said that the word "racist" is a bad-faith effort to discredit a political opponent's views.

On Tuesday, the Democrats introduced a House resolution to condemn Trump for his remarks. All hell broke loose when Speaker Nancy Pelosi identified Trump's remarks as "racist." Republican House members exploded in outrage, claiming that the word "racist" is a personal insult against Trump, instead of a fair and accurate assessment of what he said (and has insisted on repeating).

In the end, only four Republican members voted for the resolution condemning Trump's racist remarks — and three of them are in swing districts where they barely won in 2018. All other Republicans in the House voted no, standing on the claim that "racist" was a mischaracterization of the president's words.

Why are Republicans so resistant to admitting that Trump is a racist and that his words and deeds are frequently racist? Like many debates, this one gets caught up in semantics. The word "racist" necessarily implies beliefs that are inherently irrational and unfair. To be blunt about it, most conservatives do not agree that certain sentiments —  such as insinuating that people of color have less right to call themselves "American" or that people of color owe white people subservience and gratitude — are either irrational or unfair.

On the contrary, what has become clear in recent years is that most conservatives feel like they are hard-headed realists who are being suppressed or attacked by sanctimonious liberals when they try to speak their truth. Trump, with his willingness to air out his beliefs about the superiority of white people, is viewed as a leader in their movement to shake off the shackles of political correctness.

("In your heart, you know he's right," reads a popular Trump meme shared by conservatives on Facebook.)

As Jamelle Bouie of the New York Times writes, Trump believes that if "you are white, then regardless of origin, you have a legitimate claim to American citizenship," whereas if  "you are not, then you don’t."

For liberals, this belief is irrational and cruel. Trump supporters, on the other hand, see it as rational and just. So they bristle at the word "racist", which carries an obvious level of negative judgment. To admit that these beliefs are racist is to admit that they are bad beliefs, and conservatives aren't willing to do that. Even outright white supremacists often reject the "racist" label, instead calling themselves silly things like "race realists."

This disconnect is at the heart of nearly every debate over racism in this country. Take, for instance, the ugly fight over the writer Sam Harris' embrace of Charles Murray, a right-wing political scientist who has spent much of his career peddling the idea that black people's lower average IQ scores are the result of inherent inferiority instead of a reflection of racial oppression. Harris and Murray argued that this belief was "forbidden knowledge," implicitly comparing themselves to suppressed or persecuted scientific revolutionaries like Galileo. The goal, of course, is to present themselves as objective advocates for truth instead of bigots who distort the evidence to serve racist ends. (Which is pretty clearly what they are.)

On Tuesday, CNN anchor Chris Cuomo, clearly thinking he had a great "gotcha" question, asked Republican senatorial candidate and vote-suppression advocate Kris Kobach if he would still vote for Trump if Trump said, "I am a racist."

Kobach refused to give a straight answer, giving Cuomo the viral clip he desired. But the question itself was inherently misleading. Almost nobody in contemporary America will self-identify as "racist." Kobach, for instance, is as racist a politician as they come, but he rejects the label. Everyone superficially agrees that "racist" is a bad thing to be — because it signifies irrational prejudice — and Kobach does not think that he or Trump is being irrational when they hint strongly that white people are more deserving of the designation "American" than other people.

This is why the public debate over the border crisis is so fraught. The issue isn't really over the facts of the matter, which are that Trump and his administration are targeting asylum seekers with inhumane treatment because almost all asylum seekers (at this historical moment) belong to ethnic groups Trump dislikes. The issue is over whether it's a bad thing to target people on the basis of race or ethnicity.

Sure, Trump and his allies bristle and deny that they are specifically targeting Latino immigrants. But that act is deliberately half-hearted and insincere. A more holistic look at Trump's communications to the conservative base makes clear that the actual message being sent is a lot closer to: "Hell yeah, we are targeting brown-skinned people, and we love it."

As Heather Digby Parton pointed out in Salon, the whole purpose of Vice President Mike Pence and Sen. Lindsey Graham's recent visit to a migrant detention center in McAllen, Texas, was "to reassure their voters that they were treating the scary brown people with much cruelty as they could get away with" by making sure people knew that these men were being crammed into cages, denied sleep and showers, and basically subjected to torture.

You would be hard-pressed to find a conservative who would characterize his own satisfaction at seeing this abuse as "racism." "Racism" by definition is irrational and unfair, and Trump's supporters think their stereotypes about Latino immigrants being criminals are justified.

Racism is hard to eradicate because the racist brain has a robust immune system developed to protect its bigoted beliefs. Efforts to educate about the irrationality of racist beliefs are dismissed as "political correctness." Efforts to stigmatize the expression of racist views are characterized as assaults on "free speech." Unfortunately, that also means that these kinds of public debates about race only make Trump supporters more fiercely defensive of their bigoted beliefs, which the Ipsos polll registered by showing that Republican support for Trump has intensified in the wake of his "go back" comments.

Trump's opponents need to understand what they're up against. This is not a matter of a bunch of confused or stupid people who are bamboozled by Trump and can be gently educated into being better people. (Of course there are a few conservatives at the margins who feel qualms about Trump, and they can be appealed to.) For the most part, these are hardened bigots who love what Trump is doing and cannot be shamed or browbeaten out of it. The only realistic option is for the left to out-organize the right and make sure that the majority of Americans, who reject Trump's agenda, show up to the polls to stop him.