Trump's only black Cabinet member was sent to Fox News to explain away the president's racism. Of course he blew it 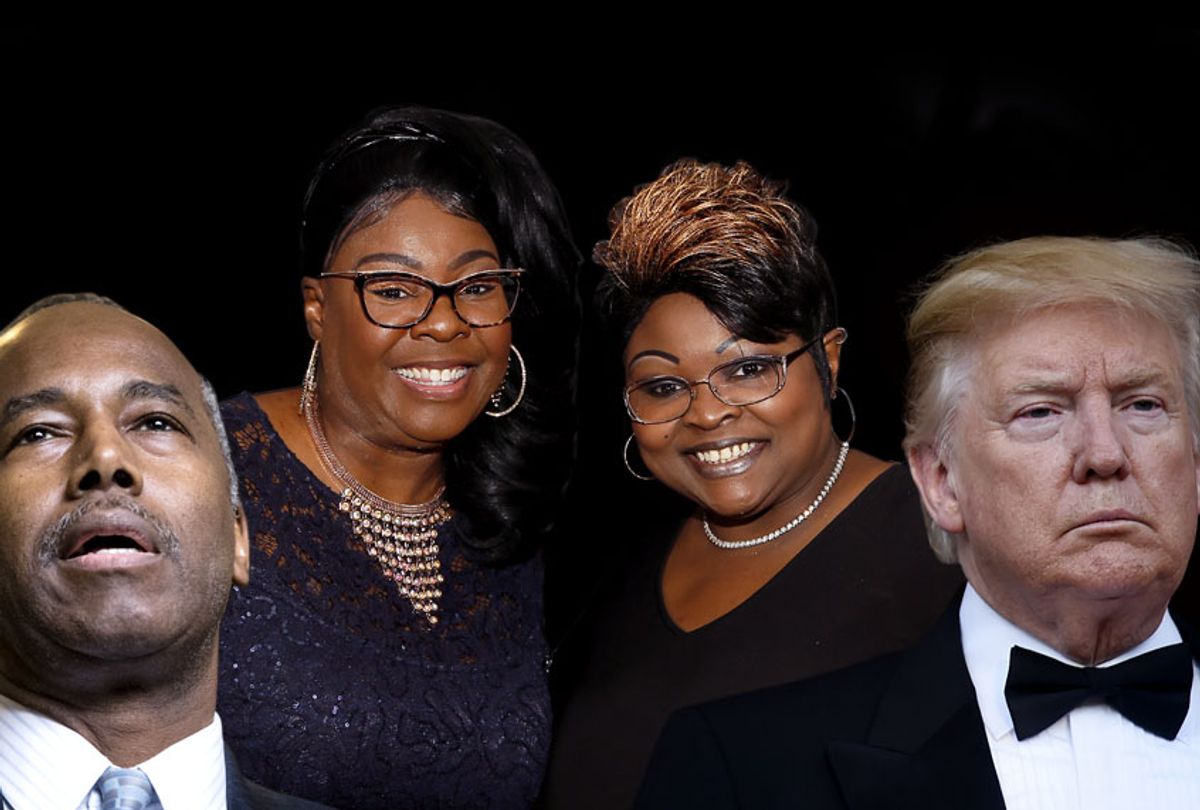 Ben Carson is back in the news — after another long absence — because Donald Trump has once again been accused of racism.

The secretary of Housing and Urban Development is the only African-American member of the president’s Cabinet, and is often trotted out to clean up after Trump makes a mess too obviously problematic for the media to ignore. While Trump has tried to spin his recent racist attacks on four progressive freshman congresswomen as a strategic maneuver meant to manipulate Democratic infighting to his advantage, Carson's re-emergence from his stupor should be a clear indication that the president’s team recognizes the damage that can be caused by his unforced errors.

“I have an advantage of knowing the president very well, and he’s not a racist and his comments are not racist,” Carson said in a Fox News interview. The night before, Trump became the first U.S. president officially condemned in the Congressional Record in more than 100 years when all House Democrats (along with four Republicans and one independent) voted to approve a resolution denouncing what Speaker Nancy Pelosi called “the president’s racist tweets.”

For days, beginning with a series of tweets on Sunday, the president has targeted Reps. Ilhan Omar, Rashida Tlaib, Alexandria Ocasio-Cortez and Ayanna Pressley, suggesting the four outspoken progressives “go back” to where they came from. All four lawmakers are U.S. citizens, like every other member of Congress. They are also women of color. Even on Fox News, Carson struggled to explain how Trump’s comments cannot be considered racist.

“The president suggested that they could go back to their countries,” host Sandra Smith pressed Carson, noting that Ocasio-Cortez, Pressley and Tlaib were all born in the U.S . “What did the president mean? Because he’s not taking back anything he said.”

Here's the thing: If Joe Biden told Ben Carson to "go back to where he came from," there is little doubt that Trump and the GOP would howl about racism.

Carson, who once said a Muslim shouldn't be elected U.S. president, pointed to Trump’s record on black and Latino unemployment and his efforts to “elevate those who are vulnerable” to deflect from the president’s divisive rhetoric. “I think you can see what the president means by looking at his accomplishment. Look at his policies, you know, under this president you see the rising tide lifting all boats,” said Carson. “You see low unemployment, you know, record low for blacks, Hispanics, you know, for all the the demographics, for our nation.”

Carson failed to mention that the black homeownership rate has dropped to the lowest level on record in the first quarter of 2019. According to census data, black homeownership in the U.S. has fallen by 8.6 percentage points since its peak in 2004. Carson also did not mention that black workers have seen the smallest wage gains of any demographic group under Trump. And while Carson was eager to note that Black unemployment last year fell to the lowest level on record, he did not say that rate has only by 1 percent since Barack Obama’s last year in the White House.

When asked about the black homeownership problem during an appearance on Fox Business on Wednesday, Carson said: "You are not doing anybody a favor if you put them in a house that they can't afford."

Carson’s defense of Trump’s racism is built on a particular brand of “identity politics” often employed by the Republican Party. In Trump’s mind, one person speaks for all people of color and thus absolves him from accusations of racism. That was the logic behind Lynne Patton, a black aide to Carson, appearing silently with Rep. Mark Meadows, R-N.C., while Trump's former lawyer, Michael Cohen, testified before Congress about the president’s history of racism. It is a pattern that reeks of paternalism.

Emboldened by a party-line vote that made it abundantly clear that congressional Republicans are unwilling to rebuke Trump, no matter how egregious his racism, the president tripled down on his attacks on Wednesday night. At a campaign rally in North Carolina, Trump's fans began chanting “Send her back!” — an apparent reference to Omar. He also trotted out his other favorite African-American supporters, the low-rent comedy duo Diamond and Silk, to defend his racism.

But Trump’s human shields will never be enough.

A new poll released on Wednesday found that 65% of Americans — including a plurality of Republicans — agree that telling a person of color to "go back" to where they came from is racist, while 68% of those who had heard about Trump’s tweets found them offensive. Ben Carson's fumbling excuses are not enough to turn back that tide.