Meghan McCain decries Trump's attacks on Ilhan Omar: "You're taking away my agency to criticize her" 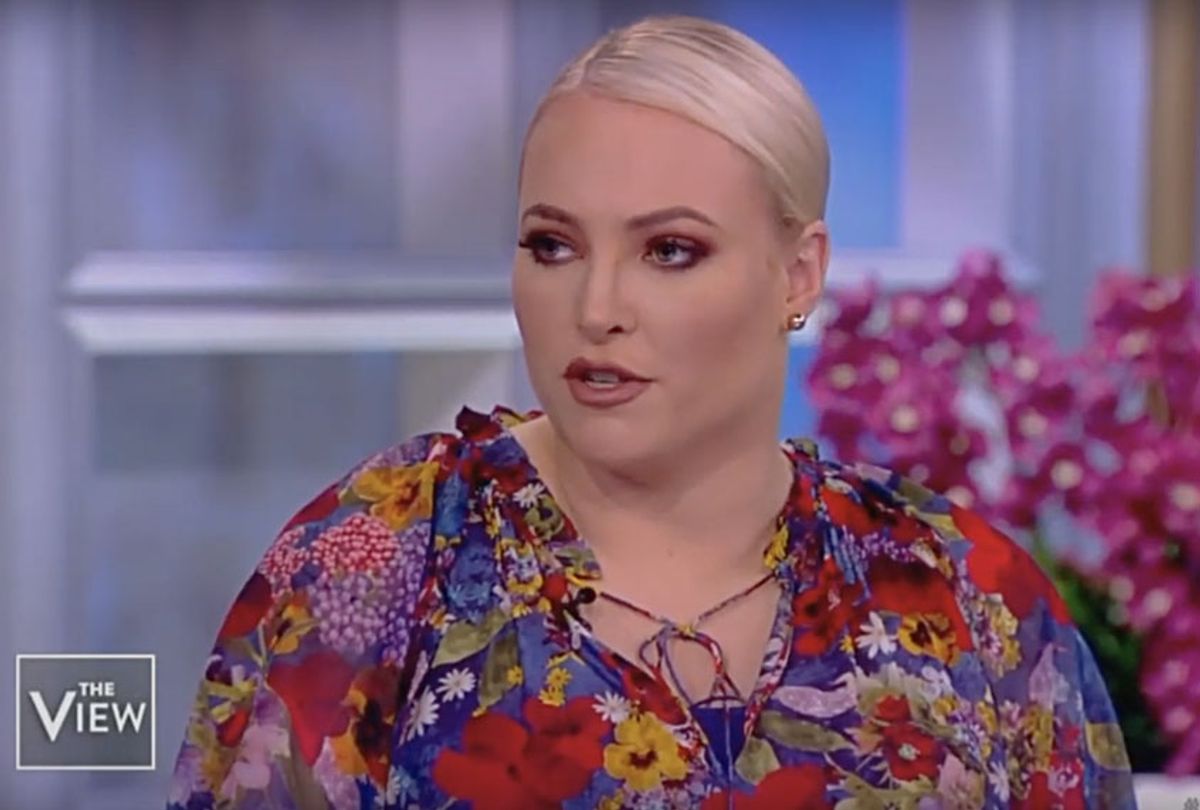 Meghan McCain, the conservative co-host of "The View," lamented Thursday that President Donald Trump and his base's repeated attacks on Rep. Ilhan Omar, D-Minn., takes away her "agency" to criticize the freshman congresswoman's policies.

In a segment responding to Trump supporters, at his Wednesday night rally in North Carolina, chanting "send her back" — directed at Omar — McCain declared: "I have been one of Ilhan Omar's most vocal critics on her policy regarding Israel, regarding some of her comments that I and others interpreted as anti-Semitic."

"But the problem right now is, you're taking away my agency to criticize her because you're making this about so much race, xenophobia, racism," she added, referring to Trump's focus on Omar's race and her immigrant roots.

"I think any time you're hitting in a territory where you're telling any American citizen of a different color than you to 'send them back,' I, too, didn't think this is something I would see in my country, especially when we're going into 2020," the conservative host continued.

She then called for the younger wing of the party — such as the president's daughter, Ivanka Trump, and her husband, Jared Kushner — to denounce the attacks, if only to keep from alienating younger voters.

"It's my generation that's going to answer for this. Try selling conservatism to a younger generation when all they see is this kind of crap on TV," McCain said. "And the Trump administration, all of you — Ivanka, Jared, because you're around my age range, where are you in this?"

Trump told reporters on Thursday that he disagreed with the "send her back" chants.

The controversy comes as Trump has steadily escalated his incendiary criticism of the four high-profile freshmen lawmakers who make up "the Squad" — in addition to Omar, that's Democratic Reps. Alexandria Ocasio-Cortez of New York, Rashida Tlaib of Michigan and Ayanna Pressley of Massachusetts — since first tweeting Sunday that they should "go back and help fix the totally broken and crime infested places from which they came."

Trump continued his verbal volleys on Wednesday, even after the House of Representatives voted Tuesday on a resolution condemning the president over his comments.

Trump's comments about the congresswomen have spurred a political firestorm on Capitol Hill, where Democrats and some Republican lawmakers have rebuked the president for his remarks and denounced them as racist.

Lawmakers across the aisle swiftly condemned the "send her back" chant Wednesday night.

Rep. Adam Kinzinger, R-Ill., said he was "disgusted" by the chant, which he called "ugly" and "wrong," while Rep. Mark Walker, R-N.C., the vice chairman of the House Republican Conference, tweeted that he "struggled with the 'send her back' chant tonight referencing Rep. Omar."

Democratic presidential candidate Sen. Bernie Sanders, I-Vt., accused Trump of "stoking the most despicable and disturbing currents in our society. And that very hatred and racism fuels him."

Omar responded to the rally on Wednesday night, saying, "I am where I belong, at the people's house and you're just gonna have to deal!"