"He does not deserve the job he has, and the people have spoken" 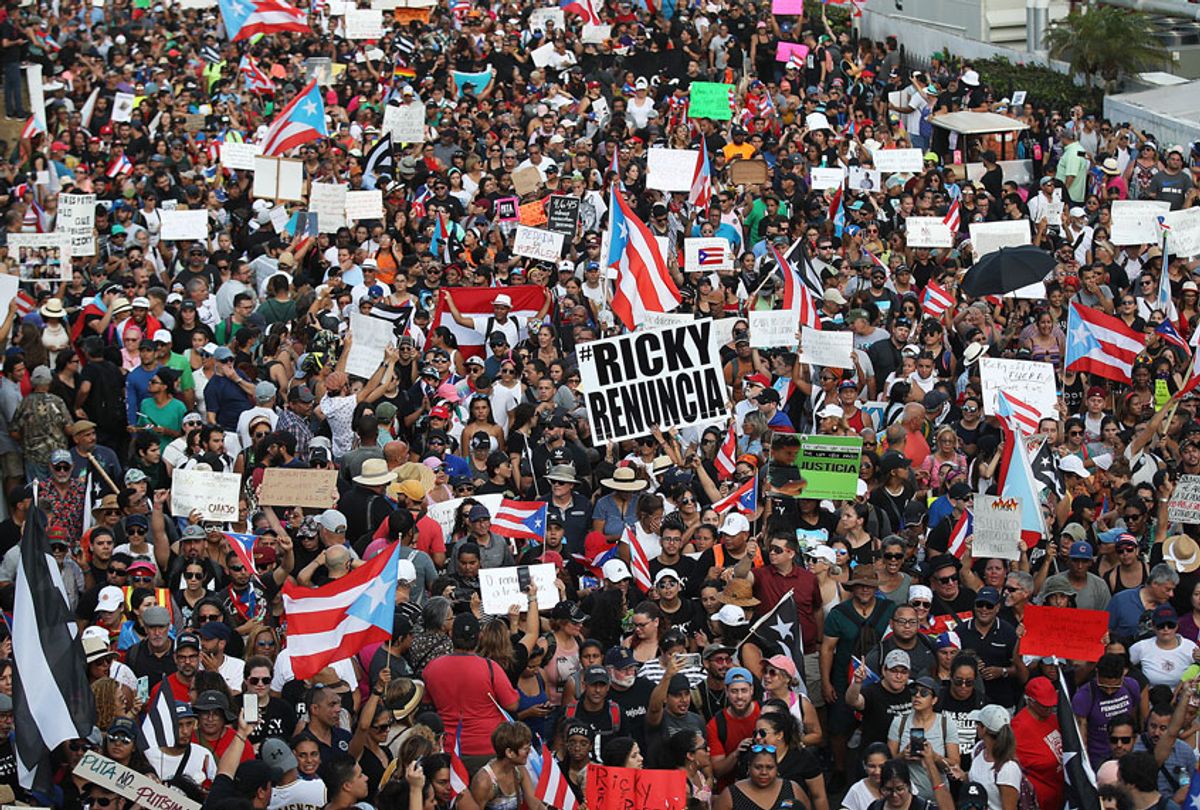 Thousands of Puerto Rican protesters filled the streets of the capital San Juan on Monday night for a third day of protests calling for the immediate resignation of Governor Ricardo Rosselló after obscene messages between him and his staff were revealed.

"It was time for Puerto Rico to wake up and rise up against the oppressors, and we want to force the resignation of Governor Ricardo Rosselló," said Puerto Rico resident Rafaela Estevez. "He does not deserve the job he has, and the people have spoken."

Protesters set fire to trash cans and overturned cars Monday while police fired tear gas into the crowd and made arrests.

The leaked messages show a dismissive attitude on the part of Rosselló, a Democrat, and other government officials to the Puerto Rican people and their concerns as the U.S. territory struggles to recover from 2017's Hurricane Maria. In the messages, which were sent using the app Telegram, officials joked about victims of the hurricane and referred to political adversaries in vulgar terms.

In one exchange, Rosselló and his chief fiscal officer Christian Sobrino discussed San Juan Mayor Carmen Yulín Cruz, who intends to run against Rosselló for governor in 2020. Sobrino told Rosselló Sobrino would like to shoot the mayor, to which Rosselló replied, "You'd be doing me a grand favor."

Cruz, who progressives see as the antidote to the corporate-friendly Rosselló, said over the weekend that the scandal has only made the people of Puerto Rico — furious at the treatment and lack of aid they have received from the President Donald Trump administration — more distrustful of the current leadership on the island.

In response to the leaked chats, Rosselló expressed remorse and asked for forgiveness, but said he would stay on in office.

"We do not give up on the work under way," the governor said in a statement, "and today, more than ever, many people are counting on my commitment to that work."

But it may not be up to the governor. Demonstrators were calling for Rosselló's impeachment and, on Monday, Denis Márquez, a representative in the territory's legislature, introduced a formal complaint against the governor, the first step toward Rosselló's potential removal from office.

Resident Estevez said that she hoped the message would get across to lawmakers that the people were fed up and that change is needed on the island.

"Even if the Legislature does not care one dime about the people, they are there because of us," said Estevez. "And we are showing them, giving them a lesson that they have to remember we pay their wages."