Why do the cats in "Cats" look like medieval art gone wrong? And other burning questions 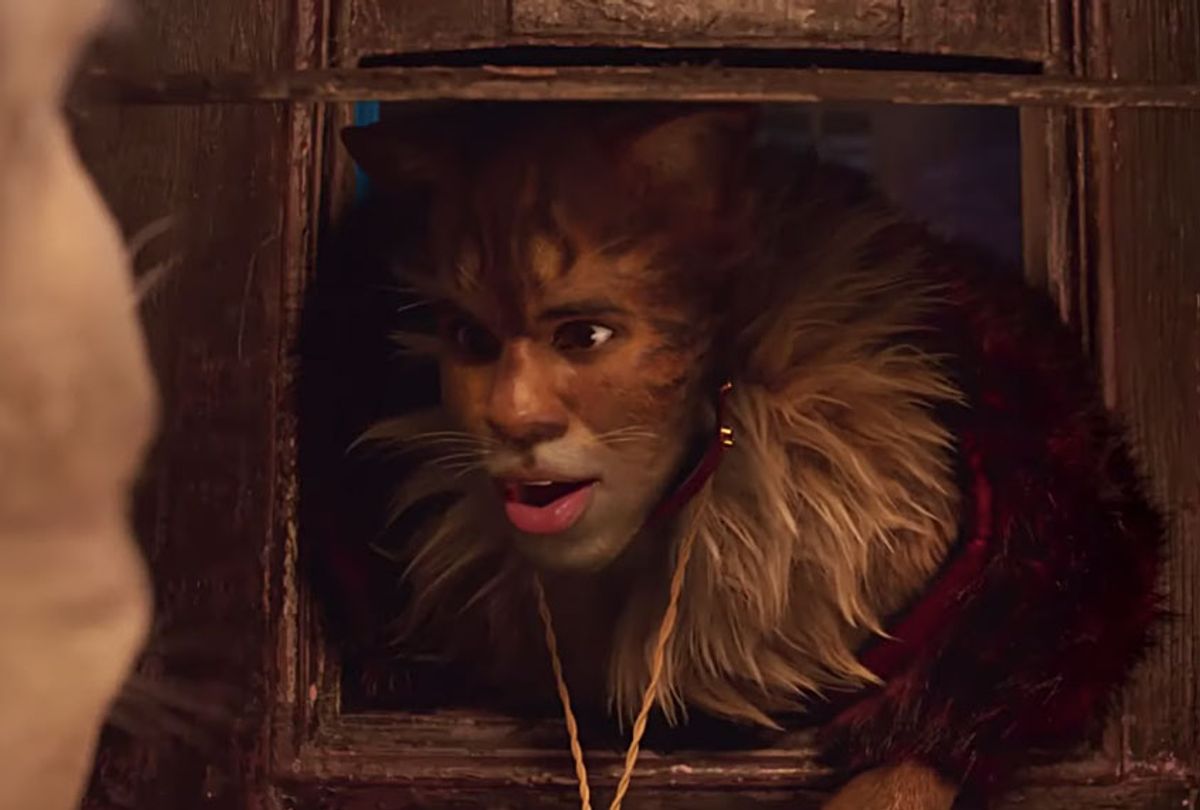 My one-sentence response to the trailer for the upcoming film adaptation of “Cats” is simply: “Nobody asked for this — but now I have questions.”

Who knew that CGI fur — called “digital fur technology” by director Tom Hooper — had such a long way to go? Why are some of the cats wearing fur coats over said fur? Why is the term “Furries” trending on Twitter? And when you watch the trailer do you, too, think of medieval artists’ fumbling attempts to draw cats, which often resulted in a grotesque mashup of human faces and feline bodies?

At the time, critics weren’t impressed by the musical’s actual merits — “In spite of some effective moments, it makes for a strained and eventually wearing evening,” wrote Douglas Watt for the New York Daily News —  but nonetheless predicted it would be a hit.

“Cats isn’t a great musical but it’s a great show and an ironclad smash,” Richard Hummler wrote for Variety.

The Broadway run of the original “Cats” production lasted for 18 years and 7,485 performances, and when it was due for a revival in 2016, it became apparent that not many people were ambivalent about the show.

In Lisa Birnbach’s aptly titled piece “We Love ‘Cats.’ We Hate ‘Cats.’” she interviewed people who were fanatical in their appreciation for the musical — television host Mo Rocca, for example, still has a written response to the fan letter he wrote to whomever played Gus the theatre cat in 1983 — as well as those who just couldn’t believe they spent their evening watching adults in leotards and yak-haired wigs lick themselves and hiss at each other.

“The people who feel that 'Cats' deserves to be forgotten are succinct in their opinions: Once is more than enough,” Birnbach wrote. “Or, as Diane Sokolow, a television producer, told me: ‘Back in the day, it was said that the worst thing about having a mistress is you had to see ‘Cats’ twice. Ba dum dum.’”

For what it’s worth, as someone whose default Halloween costume for two decades has been a lazy black cat, I appreciate the sheer theatrics of the musical. The choreography is engaging — with actors clawing at the air and stalking the stage with commitment — the makeup is outrageous, every single song is the definition of a “big mood.”

But if we’re using Twitter as a barometer for response, most people couldn’t even focus on the level of talent in the cast. There were other questions to worry about first.

Parody, of course, has already ensued:

As of this morning, the new “Cats”-adjacent trend involves Twitter users showing the trailer to their actual cats. Felines seem neither particularly impressed nor horrified. Perhaps they are the only viewers who are truly ambivalent to the musical and its remakes.