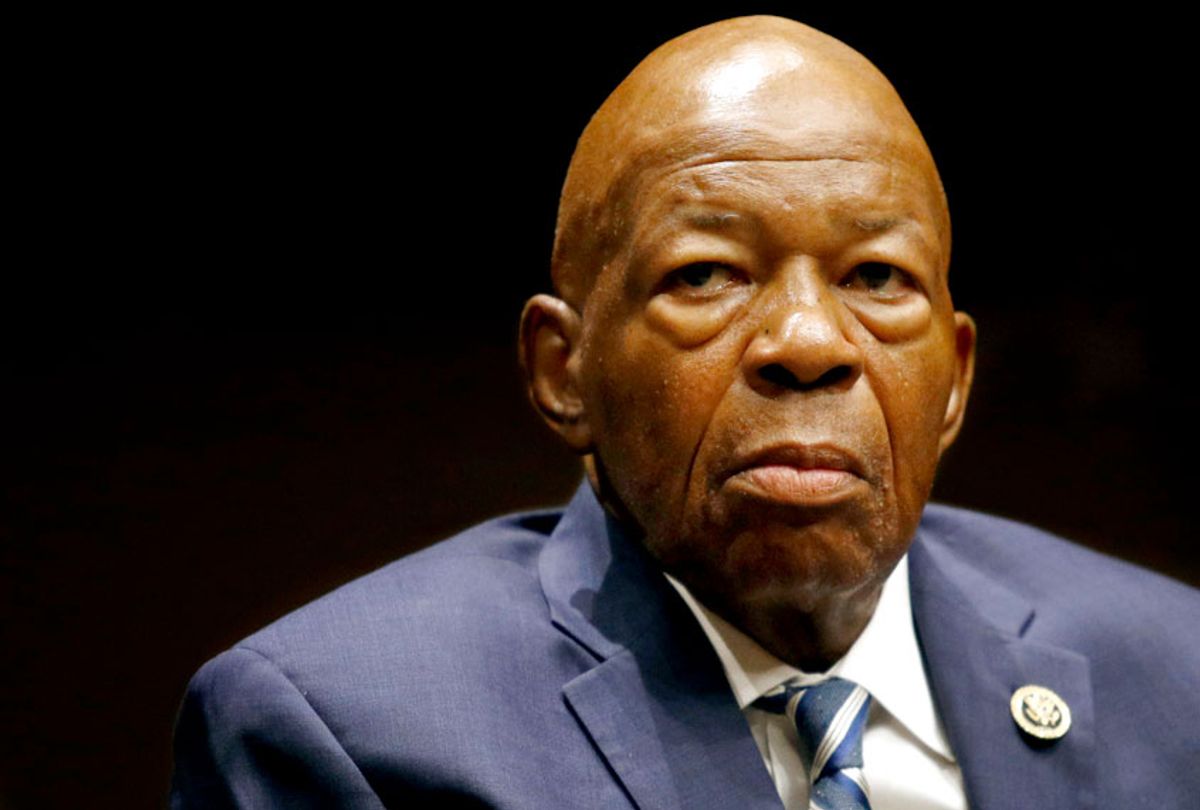 "We were trying to integrate a Olympic-size pool near my house and we had been constrained to a wading pool in the black community and we tried to integrate it and as we did march towards that pool over a course of six days, I was beaten and all kinds of rocks and bottles thrown at me," Cummings told ABC host George Stephanopoulos on Sunday. He added, "And the interesting thing is that I heard the same kind of chant, go home, you don’t belong here. And they called us the N word over and over and over again. And George, I got to tell you that I’m not the only person of color who have – who has had those kind of experiences."

Cummings then drew a parallel between his childhood experiences and the present, saying that "when Trump does these things, when the president does these things, it brings up the same feelings that I had over 50 some years ago and it’s very, very painful. It’s extremely divisive and I just don’t think that this is becoming of the president of the United States of America, the leader of an entire world."

Cummings also objected to Trump's criticisms of Reps. Alexandria Ocasio-Cortez of New York, Ayanna Pressley of Massachusetts, Rashida Tlaib of Michigan and Ilhan Omar of Minnesota as unpatriotic, pointing out that he works with the first three in his capacity as House Oversight Committee chairman and has interacted with Omar "a lot."

"These are folks and women who love their country and they work very hard and they want to move us towards that more perfect union that our founding fathers talked about," Cummings told Stephanopoulos. "And so when you disagree with the president, suddenly you’re a bad person. Our allegiance is not to the president. Our allegiance is to the Constitution of the United States of America and to the American people and I’m going to tell you, these are some of the most brilliant young people that I have met and I am honored to serve with them."

This isn't the first time that Cummings has spoken out against the president's racist rhetoric toward the four congresswomen. On Thursday he told NBC News that "we in America cannot afford that. We are supposed to be the beacon of hope, the beacon of light, a place where people come when they’re trying to make their lives better. And I don’t know if the president fully understands how deeply painful those kind of statements are. I don’t think he understands how incredibly divisive they are. And I would say to the President of the United States of America: We don't want to be divided. We don't want to be. We want a nation that is united. And we need to be about the work that the people sent us here to do."

Trump incurred considerable controversy when he tweeted that the four congresswomen should "go back" to their supposed countries of origin (only one of them, Omar, was born outside the United States), and later when he doubled down by implicitly supporting attendees at one of his political rallies to chant "send her back" about Omar.