Report: Rudy Giuliani is running a backchannel with Ukraine to take down Mueller, Trump's critics 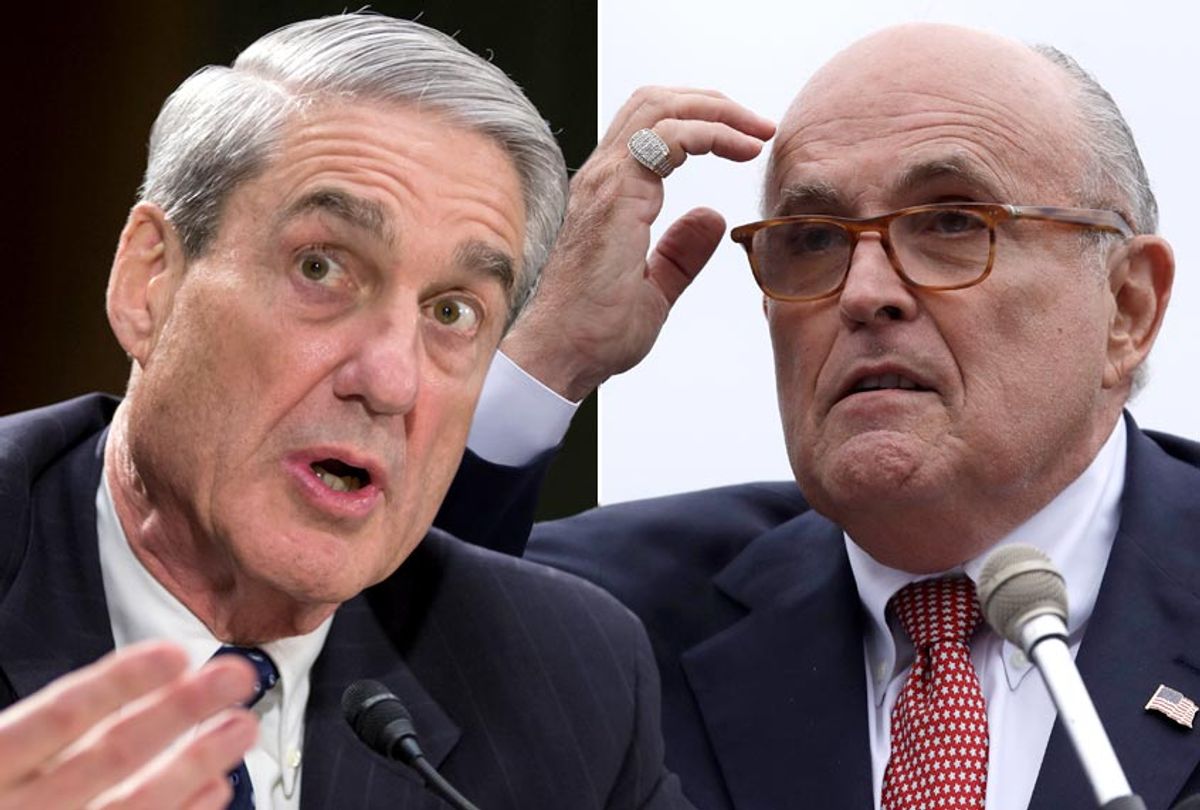 A new report reveals that Rudy Giuliani, the former New York City mayor currently working as President Donald Trump's lawyer, has established a backchannel with the Ukrainian government in order to dig up dirt on potential 2020 Democratic presidential candidates.

Lev Parnas and Igor Fruman, a pair of political operatives who have helped raise hundreds of thousands of dollars for Republican candidates, are instrumental players in Giuliani's scheme, according to a new report by BuzzFeed News. They have repeatedly met with top political officials in Ukraine and then set up meetings with Giuliani so that the information they obtained could be potentially utilized against Democratic presidential contenders.

The two men urged prosecutors to investigate allegations against Democratic frontrunner Joe Biden. And they pushed for a probe into accusations that Ukrainian officials plotted to rig the 2016 election in Hillary Clinton’s favor by leaking evidence against Paul Manafort, Trump’s campaign chair, in what became a cornerstone of the special counsel’s inquiry.

"Prosecutors in Kiev announced in March they would investigate the officials accused of trying to steer the election in Clinton’s favor — a month after meeting with Parnas, Fruman, and Giuliani — and Trump applauded the plan in an interview with Fox News, calling the allegations 'big' and 'incredible,'" BuzzFeed News reported. "The next month, Attorney General William Barr announced he had appointed a federal prosecutor to lead a probe into the origins of the Mueller investigation."

Parnas defended himself to BuzzFeed News by saying that "all we were doing was passing along information. Information was coming to us — either I bury it or I pass it on. I felt it was my duty to pass it on." He also claimed that "we’re American citizens, we love our country, we love our president."

Giuliani has made no secret about working with Ukrainian politicians in order to achieve Trump's political goals. In May he announced that he was meeting with the newly elected president, Volodymr Zelensky, to find ways of discrediting the Mueller investigation into Trump.

"We're not meddling in an election — we're meddling in an investigation, which we have a right to do," Giuliani told The New York Times. "There's nothing illegal about it."

"Somebody could say it's improper. And this isn't foreign policy — I'm asking them to do an investigation that they're doing already and that other people are telling them to stop," he added. "And I'm going to give them reasons why they shouldn't stop it, because that information will be very, very helpful to my client and may turn out to be helpful to my government." He had previously circulated a debunked conspiracy theory about Joe Biden and Ukraine, tweeting that "Biden conflicts are too apparent to be ignored and should be investigated quickly and expeditiously. But the more important question is how deep and how high did the alleged Ukraine conspiracy go?" The true story was that former Vice President Joe Biden had exerted pressure on Ukraine to relieve the country's chief prosecutor because he had failed to do his job investigating corruption, but right-wing propaganda sites tried to spin it as an attempt to protect his son from potential legal trouble.