Wilbur Ross is literally falling asleep on the job

A new report reveals Wilbur Ross, who is already on thin ice, often falls asleep on the job as Commerce Secretary 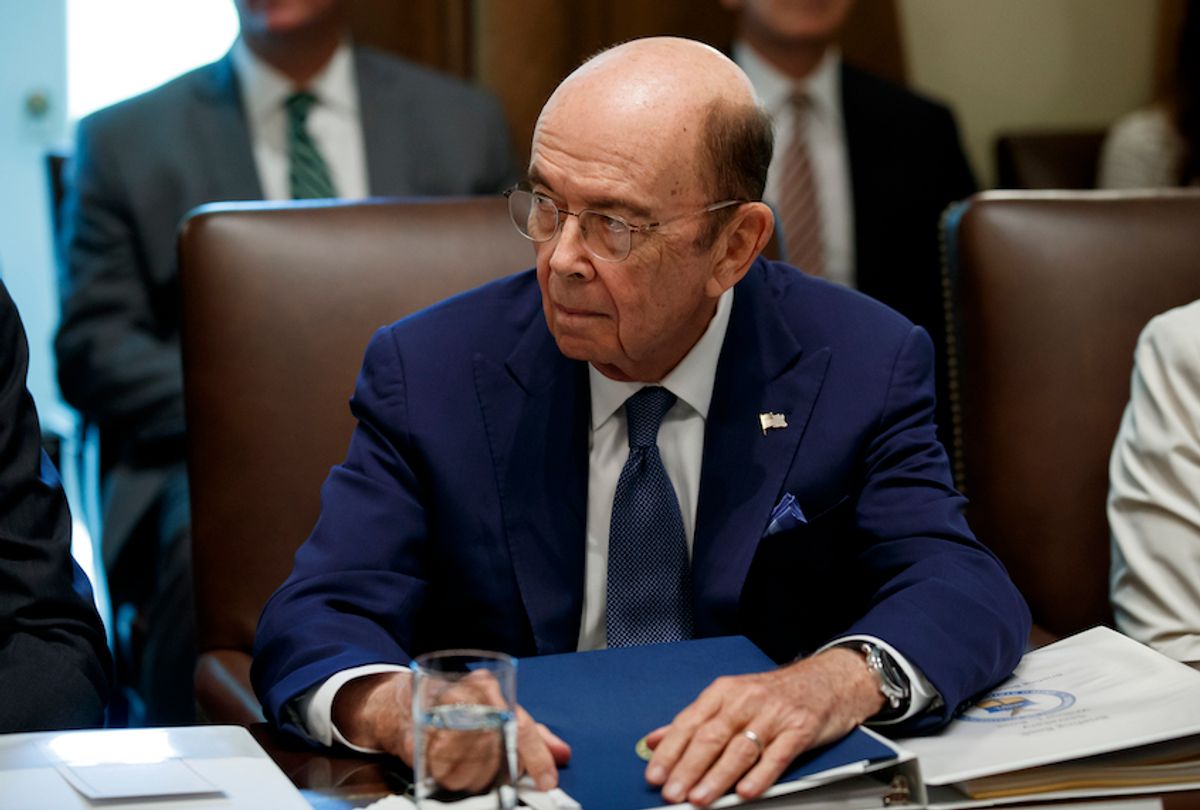 A new report reveals that Wilbur Ross, President Donald Trump's beleaguered commerce secretary, is so bad at his job that he often falls asleep while working.

Politico writes that Ross is seen as an absentee boss, spending so much time trying to stay in Trump's good graces that he rarely shows up to work to actually, you know, work.

Ross, a successful investor before Trump tapped him for his current job, isn’t frequently seen in the building talking to employees or rallying them to do good work... Ross doesn’t hold routine meetings with senior staffers, according to a person familiar with the department’s inner workings and a former outside adviser -- a departure from past practice that one source attributed to the secretary’s lack of stamina.

The concerns about Ross' stamina are so pronounced that they have even been cited to justify not having him testify before Congress. Although Ross was apparently able to handle a recent 7-hour testimony hearing, individuals close to the 81-year-old former businessman believe that he doesn't have the energy to handle a number of those sessions.

One former Ross adviser even shared an embarrassing story about how the Secretary is literally unable to stay awake on the job:

“Because he tends to fall asleep in meetings, they try not to put him in a position where that could happen so they’re very careful and conscious about how they schedule certain meetings,” said the former outside adviser. “There’s a small window where he’s able to focus and pay attention and not fall asleep.”

The problems with Ross' Commerce Department aren't limited to the secretary himself. As Politico reports, there are also issues with the people working under him.

Ross’s deputies, meanwhile, are coming under fire of their own as tensions rise inside the department.

Political appointees sometimes close doors right in front of career employees to keep them out of meetings, one former Commerce official in touch with former colleagues said.

Meanwhile, “it’s totally infighting among the politicals,” said another person familiar with the department. “It’s just everybody fighting everybody.” In particular, the relationship between Ross’s office and the legislative affairs team is “clearly broken,” this person said.

The stories about Ross come at an unpropitious time for the erstwhile banker. There have long been reports that Trump has wanted to get rid of Ross, perceiving him as "past his prime" due to his struggles in negotiating with China on trade issues. He has argued that Ross is "no longer a killer," although he still personally likes him, and has been especially angry over Ross' inability to successfully get a citizenship question added to the 2020 census. It also doesn't help matters that Ross — despite having a reputation for being a billionaire — was recently revealed to be worth less than $700 million.

Despite these concerns, Commerce Department Press Secretary Kevin Manning has said that "currently, the secretary is overseeing the Department's response to Hurricane Barry, including NOAA’s extremely accurate track and intensity forecast. On Friday, the secretary joined the president on his visit to Wisconsin and Ohio and will continue to work on behalf of the American people and the president's 'America First' agenda. He has shepherded the Department of Commerce into a new era, where, under the president's leadership and direction, we have better supported American businesses from unfair trading practices and have reinforced our national and economic security at long last."