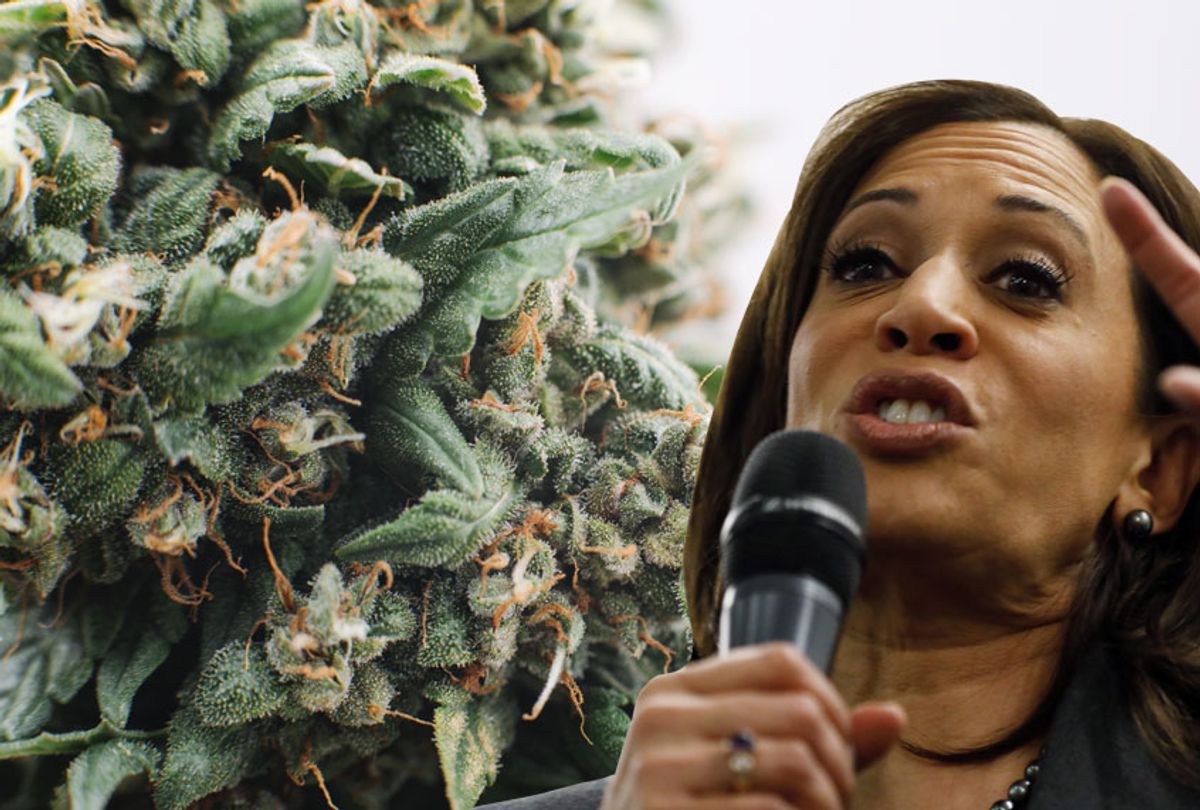 Sen. Kamala Harris, D-Calif., has introduced a federal bill that would decriminalize marijuana, highlighting her continued evolution away from her opposition to decriminalization earlier in her political career.

Harris' proposed Marijuana Opportunity Reinvestment and Expungement Act, which has been co-sponsored in the House of Representatives by Rep. Jerrold Nadler, D-N.Y., would federally decriminalize the drug; tax revenue generated by its commercial use, including creating three trust funds; make it illegal for public benefits to be denied due to marijuana use or possession; and either re-sentence people with prior marijuana-based convictions or expunge their records entirely, according to USA Today.

While Harris' marijuana bill is consistent with the positions taken by a number of other Democratic candidates on the issue — the consensus view among the field is that marijuana laws need to be reformed, although the candidates often differ on the extent to which that needs to happen — the proposed law is notable, because Harris used to hold a different view on marijuana policy reform.

The most notable proponent of marijuana legalization has been Sen. Cory Booker, who in 2017 introduced a bill that would legalize marijuana throughout the country. When it was reintroduced this year, it was co-sponsored by other Democratic presidential hopefuls, including Sens. Kirsten Gillibrand of New York, Bernie Sanders of Vermont, Elizabeth Warren of Massachusetts and Harris.

In 2010, Harris opposed legalizing marijuana, but by 2015 she altered her position. In a recent book she wrote, "We need to legalize marijuana and regulate it, and we need to expunge nonviolent marijuana-related offenses from the records of the millions of people who have been arrested and incarcerated so they can get on with their lives."

Earlier this year, she also told the popular syndicated radio show "The Breakfast Club" that "I think that it gives a lot of people joy, and we need more joy in the world." She has also admitted to smoking pot in her past, raising questions about why she would initially have supported harsh sentences for offenders.

Last month, Salon spoke with John Hickenlooper, the former Colorado governor who presided over that state when it became the first one to legalize recreational marijuana. Hickenlooper is also competing for the Democratic nomination against Harris.

"We took that very seriously. A lot of my staff had real serious doubts. I had serious doubts. We worried about a spike in teenage consumption. We were worried about people driving while high — an increase in that population," Hickenlooper told Salon. "But you know, now we are seven years down the road, we haven't seen a spike in teenage consumption. We actually haven't seen a spike in any demographic except senior citizens — and that hasn't been huge. It's significant — it's over 10 percent . . . That's based on surveys of over 20,000 people that we do every year — public health surveys, so it's pretty good data. And we haven't seen — we don't think there are increases of people driving while high."